The man who made it dangerous to go to sleep, go in the swamp, go to Haiti, go into the desert and go into strange people’s houses passed away recently. This sendoff is a week late but, I’m sure the 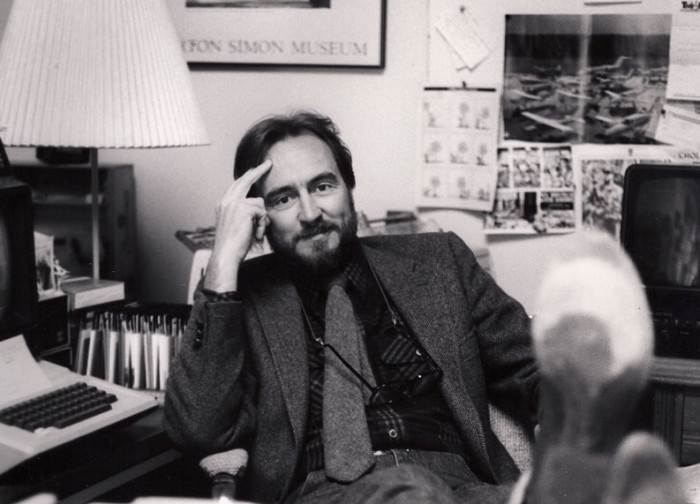 The man who made it dangerous to go to sleep, go in the swamp, go to Haiti, go into the desert and go into strange people’s houses passed away recently. This sendoff is a week late but, I’m sure the community is still grieving.

Wes Craven may have not been the best director in the Horror genre or make some peoples top 10 but, he is very beloved as possibly the most genuinely appreciative of his fans and the genre that gave him so much success. He gave us the massive pop culture icon, Freddy Krueger and spawned the careers of so many stars including Johnny Depp, Robert Englund, Kristy Swanson and AJ Langer. Other notable future stars include Ving Rhames, Michael Berryman, Sharon Stone, Peter Berg and more.

Born in Cleveland, Ohio, Craven’s first gigs were in his words from 2005’s Inside Deep Throat documentary, “many hard core X-rated films” under pseudonyms; while his role in Deep Throat is undisclosed, most of his early known work involved writing, film editing or both. His first directing job was The Last House on the Left, a film that could be one of his best and most infamous.

I was never that much into Hills Have Eyes, myself. But it wasn’t till 1984’s Nightmare on Elm Street that he was solidified as a master of horror. Nightmare spawned six sequels, a very cool television series and a crossover with Friday the 13th. Freddy Krueger with the major contribution of Robert Englund’s performance is still a pop culture icon and a constant at every Halloween party and recently the hottest costume that any hot chick can throw on every year.

During his career, Wes Craven was nominated for and won several awards, including the Saturn Award. In 1977, he won the critic’s award at the Sitges Film Festival for his film The Hills Have Eyes. The Gérardmer Film Festival granted him the Grand Prize in 1997 for Scream. In 2012, the New York City Horror Film Festival awarded Craven the Lifetime Achievement Award.

On August 30, 2015, Craven died of brain cancer, at the age of 76, at his home in Los Angeles. The 10th episode of Scream was dedicated in his memory.