Yes, Love it or Hate it. The classic 1979 Walter Hill classic about New York City gangs during one of the worst times in the city’s history will be turning 36 years old in September. This is not a Retro Review but 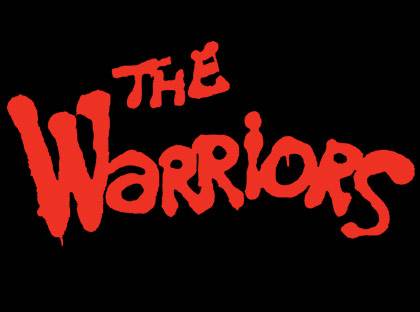 Yes, Love it or Hate it. The classic 1979 Walter Hill classic about New York City gangs during one of the worst times in the city’s history will be turning 36 years old in September. This is not a Retro Review but rather an objective retrospective.

Directed by Walter Hill, The Warriors is the story of a group of Brooklyn gang members desperately trying to get home, after being framed for the murder of a prominent gang leader in the Bronx. They are outnumbered in enemy territories. Can they make it home or become another bunch of fatalities to the streets.

The film earned 3.5 million on its opening weekend. However, there were some incidents of violence following screenings prompting advertising to halt on radio,  television and the press. Two hundred theaters beefed up security and others just stopped screenings all together after being relieved of any contractual obligations by the studio. Some film critics weren’t really buying into The Warriors. Roger Ebert gave the film two out of four stars in his review for the Chicago Sun Times, “No matter what impression the ads give, this isn’t even remotely intended as an action film. It’s a set piece. It’s a ballet of stylized male violence.” As well, critics from The Washington Post, Newsweek, and Time magazine were among others that gave the film poor reactions. Critics who did enjoy the film included Pauline Kael of The New Yorker who wrote, “The Warriors is a real moviemaker’s movie: it has in visual terms the kind of impact that ‘Rock Around the Clock’ did behind the titles of Blackboard Jungle. The Warriors is like visual rock”. President Reagan even had screenings in Camp David. After a few weeks of no violence, the studio decided to revamp the marketing ad campaign and in its sixth week, The Warriors had grossed $16.4 million, well above its estimated $4 million to $7 million budget making it a profitable success for the studio. But do ticket sales earn you cult classic status?

The passage of time and home video releases and current DVD & Blu-Ray sales have reconfirmed that fans make films cult classics; not directors or actors. In 2015, The Warriors has a Rotten Tomato rating on 94% and is praised by the young and old; an action packed, thriller detailing the violence of 1970’s NYC and the local gangs of the period. At least that’s what they tell you, especially New Yorkers.

Truth is – it’s a very entertaining movie with some quotable lines. Yes it’s stylized and well shot; the action scenes were great (for their time); it was gritty and showcased young anti-heroes. But, so what, it doesn’t make this a believable piece. Why? Well that’s because nostalgia can hype anything up bigger than its normal size… right ladies? The fanboy/man will tell you how amazing the movie is and tell you how his youth was just like that, almost making The Warriors seem more documentary than film. They will bring up memories and neighborhood history and link it to the film, shining a big spotlight on themselves and their golden era. The truth is – The Warriors is more The Avengers than Mean Streets.

First off, let’s start with the Warriors themselves: a ragtag group of less than fifteen members at the most and all handsome enough to grace the cover of subway advert or guest star on Welcome Back Kotter. At the helm is Swan the leader with the perfect hair forever throughout the film. As well his second in command Cochise and his titanium afro that stays on point and stylin’ no matter what. Then there’s Ajax of course with the feathered mane of anti-social behavior. Each member was his own island of cool, perfectly casted to steal the hearts of female audience members. It’s amazing no one has taken their turf yet. I guess they are that good if not the best.

The film begins deep in the Bronx where a massive meeting of all the NYC gangs is taking place at the behest of the enigmCyrus, a VO5 permed huckster in a bathrobe that wishes to unite the gangs under his guidance and seize full control of the city. They’ll take down the cops and ultimately run the streets, “Can you dig it?”… No. No. Allow me to raise my hand here and ask the pimp with no last name some questions. How in the hell was this going to work? Fact #1: This was NYC during the 1970s before cellphone cameras and hotlines and police pretty much had full freedom to give you the wooden shampoo (beating with batons) as they wished, if not worse. Now even if the gangs were able to go up against the cops, they would lose. Example – when Mr. Can You Dig It gets killed [spoiler] did you see the cops having trouble arresting anyone? I didn’t think so. Fact #2: Cyrus never really mentioned the Mafia or the Chinatown gangs or Tongs in his speech. Were they supposed to bend the knee to the runts? How about the Hell’s Angels chapter in the Lower East Side, were they going to join in? No, they wouldn’t; the gangs would ruin their way of living. The gangs would have to take on organized crime on multiple fronts as well the police. And let’s say they succeeded and took over the city. They would have to deal with martial law and possibly military when this hypothetical crime wave becomes a national emergency.

Next question – Why are The Rogues the only gang that actually acts like a gang? They are the only one with one revolver.

Cyrus. He gets shot. Cyrus is dead. Who shot him? The Warriors! How do you know? Well, the guy who was shooting a gun in the midst of like 30 gangs told me The Warriors killed Cyrus. But the Warriors aren’t shooting anyone else. Hey, I’ve never met dude before but, I trust the only guy at the meeting with a smoking gun. Spread the word… These gang members are stupid.

Now our heroes must find a way to get back to Coney Island. They take the subway? Why has no one ever pointed out the fact that The Warriors are supposedly the best of the best of gangs yet; nobody knows how to steal a car and jump on the highway down to the BQE and back home in no time? Hell they have one member who just purchased his first spray paint and takes forever tagging a W on a tombstone.

Without dragging this out here is a summary of other things: The Furies stunk as a crew; they got jacked up by their own bats. The Orphans looked like a troupe of homeless former child actors. The Lizzies were not only hot but, the only game that came close to merc’ing a few of our heroes; too bad the sensitive Warrior ruined the ambush. Mercy was a ratchet Uptown chick that the Warriors kidnapped and she was fine with it; was even willing to have sex in a subway tunnel to Swans disgust; ends up hooking up and wanting to go somewhere else, with her kidnapper. Ajax is a loud mouthed aggressive alpha male, he’s also a rapist; he gets arrested trying to sexually assault Caitlyn Jenner on a park bench halfway into the film.

How was the radio station DJ relaying information that fast? Walkie-talkies don’t have that kind of distance. Unless the crews knew the number to dial on the pay phones to spread the word. If that’s the case, how come the Warriors don’t know about this radio station?

The Riffs were exactly what everybody in the 70’s wanted to be after seeing Bruce Lee. Hell maybe Bruce Leeroy from The Last Dragon is the son of one of the Riffs. Daddy Green was a Riff?

The Climax is the best part. Luther’s Smith & Wesson against Swan and his… switchblade. As our gang of heroes confront The Rogues about their deception, Luther explains to them that he just likes doing those things. He takes aim and fires dead center at Swan standing in front of two Warriors. But apparently Swan has the agility of a cat as he is able to dodge the bullet and throw his switchblade, Shinobi style, into Luther’s hand; obviously splitting the bullet in two because, no Warrior was hit by the revolver round… Swan did this while standing in sand.

Luther cries in pain and is taken away with his Rogues by The Riffs who took forever to learn the truth and obviously drove to Coney Island. The Riff leader praises The Warriors as “Good” and Swan replies, “The Best”. Our movie ends and Joe Walsh sings us out into the sunrise.

– It’s only a movie and an entertaining movie. If anyone tries to tell you otherwise, walk away. If you want to see how the actual gangs were in NYC then go watch the documentary “80 Blocks from Tiffany’s” (1979) on youtube. Other than that, this has been an objective retrospective of Walter Hill’s cult classic The Warriors. Stay cool, stay fresh and keep your fingers on the Rewind button.