Comic Books in the 80’s – An Overview

Mainstream American comics have gone through several loosely defined eras. One of the most widely discussed and recognized is the Golden Age of Comic Books (1935 – 1955, roughly), when the superheroes Superman and Batman made their premier. One of the aspects of 1980's comics that 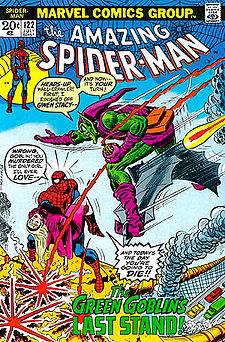 Mainstream American comics have gone through several loosely defined eras. One of the most widely discussed and recognized is the Golden Age of Comic Books (1935 – 1955, roughly), when the superheroes Superman and Batman made their premier. One of the aspects of 1980’s comics that is very interesting is the fact that the decade marks a transition from one era into another. The first of these periods is known as the Bronze Age of Comic Books, while the second is the Modern Age of Comic Books.

The most immediately noticeable aspect of the Bronze Age is the proliferation of traditional superheroes introduced decades before. The recently revived X-Men were extremely popular, as were The Hulk, Green Lantern, and The Amazing Spider-Man (coming off of the extremely successful and famous arc of Gwen Stacy’s death). Other comic characters / heroes that were financially a failure in the past were revived to much greater success. In addition to the aforementioned X-Men, The New Teen Titans were a large success at the end of 1980.  A number of Bronze Age heroes began to suffer from serious real world emotional issues. Grief due to the loss of a loved one was most common, but suffering from abuse and drug addition became ailments of a few superheroes of the time.

As the Graphic Novel Editor of NewRetroWave, I’m going to be covering comics from a variety of countries and publishers. That being said, the trends of comics largely concerns Marvel and DC, the Fender and Gibson of the comic book world. The majority of the 1980’s  saw Marvel as the more successful of the two. Following the success of the Superman film franchise, DC began running more stories each month with more pages and a higher retail price. The results of that business move crippled DC comics and allowed Marvel to see the success that they did. In 1984, toward the end of the Bronze Age, Marvel released the immensely popular Secret Wars. This spawned a trend of epic events in comic book continuities that we still see today (Civil War, anyone?) In 1985, DC began reviving their brand with the extremely well received Crisis on Infinite Earths, which continued the trend started by Marvel and simplified the overly convoluted multiverse that DC had created. The twelve issue run helped bring DC back to the forefront of the comic book world.

The ending of the Bronze Age is amorphous and debatable, but several events are widely considered to be the catalyst for the shift to the Modern Age of Comic Books. 1986 saw the publication of Frank Miller’s The Dark Knight Returns. I don’t want to get into too much detail about that masterpiece, as it will definitely come up again in a more dedicated article. The grim tone of that miniseries has affected the depiction of Batman ever since, barring a few unspeakable exceptions. Alan Moore (arguably the most famous comic book writer) also delivered a 1-2 punch of comics at the end of the Bronze Age. The first was Superman: Whatever Happened to the Man of Tomorrow?, a story that recaps the life and tragedies of Superman, with an aesthetic reminiscent of the idealism held by the Silver Age. This is in direct contrast to the almost oppressively pessimistic and cynical Watchmen story that Moore would release the following year. You will also see both of these stories appear in future articles. The face of modern comic books

Moore and Miller’s influence is the root of the Modern Age of Comic Books. Post-modern deconstructions of superhero tropes and playing with the medium became the new norm as modern superheroes had to contend with real world implications of their powers. The days of escapism are long gone. Fantasy elements in comics made a return with characters like John Constantine, Swamp Thing, and Neil Gaiman’s Sandman. Antiheroes became the standard of superhero as morally ambiguous characters flooded the market. This is something we still see in modern superhero films. How often does the word “gritty” pop up when describing a modern superhero movie?

I will be going over individual comics / graphic novels in detail soon, starting with Hellblazer. What are some comics you would be interested in reading about? Let us know in the comments!