“Remember This”… These People

Ever watch a movie and think,  "What happened to so and so"? Yes? What did happened those people? Well after some time in the bowels of a hospital waiting room I found myself asking the same questions. 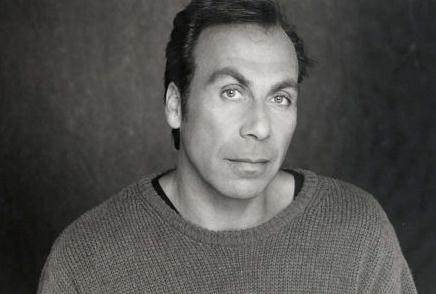 Ever watch a movie and think,  “What happened to so and so”? Yes? What did happened those people? Well after some time in the bowels of a hospital waiting room I found myself asking the same questions.

The first person that came to mind was Taylor Negron.

Born August 1st, 1957 to Puerto Rican parents and raised in California. Taylor was an actor, comedian, painter and playwright. Best known for his roles in Easy Money, The Last Boy Scout, Nothing But Trouble, Better Off Dead, Punchline, Fast Times at Ridgemont High, River’s Edge and more. His television appearances include  Curb Your Enthusiasm, Seinfeld, Reno 9-11.

In 2008, he wrote “Unbearable Lightness of Being Taylor Negron” as well his essays were published in the anthology “Dirty Laundry” and more. He was a member of the “Uncabaret”.

Unfortunately Taylor died from lung cancer at the age of 57. He was with close friends and family during his final moments. Born November 27, 1963. Known for his film roles as Eugene “The Plague” Belford (Hackers), Hawk Ganz (Flamingo Kid),  Ben Jabituya/Jahveri (Short Circuit); Television: Frasier, Lost and LAW & ORDER. His best known roles on Broadway include: Jigger Craigin in the 1994 Lincoln Center revival of Rodgers and Hammerstein’s Carousel. He had an early success in the 1982 Broadway production of Torch Song Trilogy playing David, the adopted son of the gay protagonist played by the show’s writer Harvey Fierstein, and the original Broadway production of Brighton Beach Memoirs, where he succeeded Matthew Broderick in the starring role of Eugene. Throughout his career, he has acted in and directed more than 50 stage productions.

Fisher has had more than three decades in theater. He co-founded Naked Angels Theater Company in 1986. Co-founded New Media/Documentary Co. in 1996. In June 2010, Stevens made his major theatrical directing debut with John Leguizamo’s one-man show, Ghetto Klown (originally called Klass Klown), which eventually ran on Broadway from March to July 2011. The two had appeared together in a production of A Midsummer Night’s Dream at The Public Theater about 20 years earlier. On July 13, 2012, PBS debuted Tales From a Ghetto Klown, a documentary about the development of the show which prominently features Stevens.

In 2010, Stevens won the Academy Award for Best Documentary Feature for co-producing The Cove.

He tours with a two person show entitled “The Nigerian Spam Scam Scam” with Victor Isaac; read from Dean’s correspondence with a Nigerian 419 scammer. He’s performed at the Edinburgh Fringe Comedy Festival in 2004 and 2005; “Just for Laughs Fest” and “Upright Citizens Brigade” 2005.

Dean also directed a video for Steel Panther and co-wrote a song for them. He also co-wrote the independent film “Hollywood Palms” and and directed a short film, Glutton Falls and directed/choreographed “Bukowsical”, a sell-out late night musical theater parody at the Sacred Fools Theater Company in Los Angeles, California. Retired from acting in 1994 to raise her children with husband and actor Kevin Kline. She briefly returned to acting as a favor to friend Jennifer Jason Leigh in her directorial debut “The Anniversary Party”.

In 2005, Cates opened her own boutique called “Blue Tree”. A downtown style vintage and thrift shop on Madison Avenue.