*if your song has not been listed please don't panic. It could've turned out a lot worse, I could've included the theme music to Riptide, Hart to Hart, Hardcastle & McCormick and a bunch of others, even Jake & the Fatman [yeesh]. 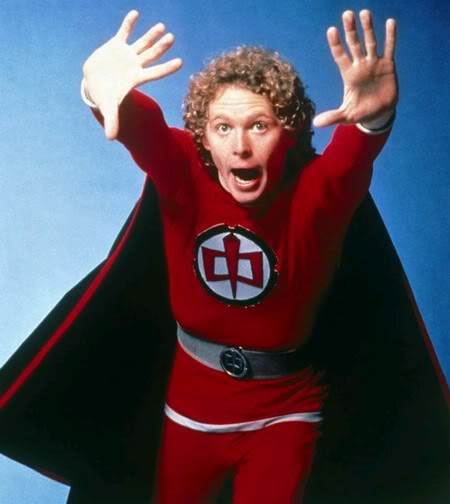 It’s about three in the morning here in the time capsule. After a few medicated hours picking at my flux capacitor, I began to notice that feeling start to creep into my room as the light bulbs flickered and dimmed out – the beginning of a trip down memory lane.

Like a scene in a proto-cyberpunk film where the android replicant spends time humming, whistlin’ and singing catchy theme songs from his creators youth, of a time that was thought to be but now seen as a retro-future of the past, I chanted and repeated key lyrics and tapped my feet. Now I am recording this onto the retro mixtape of my mind, before some omnipresent director hacks it away and leaves it on the cutting room floor of time…  This is the only record of that playlist; played in no particular order with commentary.

*if your song has not been listed please don’t panic. It could’ve turned out a lot worse, I could’ve included the theme music to Riptide, Hart to Hart, Hardcastle & McCormick and a bunch of others, even Jake & the Fatman [yeesh]. If there is a jingle that’s been stuck in your cavity, feel free to leave a fond memory in the comment box. Now let’s take a trip.

Yes, probably the best song ever written for a series or a late-night karaoke list. The story of a teacher played by William Katt (House 1986) who is gifted by aliens with a suit that grants him superhero like powers. Unfortunately he loses the instruction manual and is forced to discover his powers through trial and error. The theme song composed by Mike Prost and Stephen Geyer debuted in the Top 40 of Billboards Hot 100 on May 9, 1981, and peaking at No.2, spending 18 weeks in the Top 40. I was never really into the main opening theme of Miami Vice. The featured music during each episode actually served the show better. The pilot episodes sequence with “In the Air Tonight” by Phil Collins is probably one of the best moments in television if you ask me. But tonight I am going with Crockett’s Theme that first appeared in the episode “Calderone’s Return: part 1- The Hit List” and composed by Jan Hammer. No not the Denzel Washington film. And for the record, what was that? If you needed a feature film adaptation of a popular 80’s crime series with a Black protagonist, why didn’t they just produce a film based around Hawk from “Spencer for Hire”? Hawk had a spin-off series and its star Avery Brooks was badass enough to lead “Deep Space 9”.

Regardless, The opening sequence of this gritty NYC series always started with images of dark streets, graffiti littered subways, women being stalked by killers or worse. Building up with tension (fear, danger) until finally the music kicks in and the silhouette of the Equalizer steps from the darkness to deal his prescription for street justice. The main theme was composed/performed by Stuart Copeland of The Police.

“Where Richard Grieco and Johnny Depp got their start. Come on. Where you been?” I don’t remember ever watching this show or know about it, other than it’s based on the film “Alice Doesn’t Live Here Anymore”. The show starred Linda Lavine, who also sang the damn theme and I can’t stop the urge to sing parts of this tune in the same kind of affected smokey bravado you’d find at an after hour piano bar off the Atlantic City boardwalk. For a better example of my fixation with this song just go google Opie & Anthony ‘Alice Theme’ and you can hear those poor bastards experience what I’m going through with this song. You knew you were past your bedtime when two things came on, The opening to “TAXI” by Bob James, or the Barney Miller theme by Jack Elliott with Allyn Ferguson and performed in studio by Chuck Berghofer. Played over a shot of the New York Skyline as would have been seen from the water of Upper New York Bay with a garbage barge being towed in the foreground of Lower Manhattan. It’s the type of music the average Joe Coffee would play as he started his backbreaking day eating a butter roll with his cafe’ con leche inside his 1971′ Chevy Caprice.

Way before the 2009’s BBC series “Misfits” , about a motley crew of teenage superpowered heroes. NBC premiered their own short lived  series about superhero teens called “The Misfits of Science” with a double-length pilot and only 15 additional episodes and soon cancelled due to low ratings. It was the 80s equivalent to NBCs Heroes; in fact the creator of Heroes wrote on this show. Also co-starred a young Courteney Cox. As for the theme music, C’mon listen to it. It’s here for a reason. Why? Because I once knew every word of this song; I have friends who know the song; I’ve been in the vicinity of people who know this song; it’s even being played at a wedding somewhere right now. It’s a nice and sentimental piece like the Moonlighting theme or Who’s the Boss. Composed by Jeff Barry and Tom Scott. Performed by Deniece Williams and Johnny Mathis, except for the first ten episodes when it was performed by Dennis Tufano and Mindy Sterling. Sing it you’ll like it. “Sha la la la”. If there is a song that you want to play whenever someone annoying starts the monologue for the unloved, or tells it from the gut about being shortchanged, this is it. Before they can utter a second sentence just start singing the first bars – “Gimme a break I sure deserve it/ It’s time I made it to the top.Gimme a break I’m looking forward-“; They will leave you alone by the time you get to the chorus. Composed by Jay Graydon and performed by Nell Carter. The British series about the last known human being alive and a hologram traveling through space accompanied by an evolved humanoid cat named, well “Cat” and a service mechanoid, “kryten”. Theme and incidental music were written and performed by Howard Goodall, with the distinctive vocals on the closing theme by Jenna Russell. Its catchy and reminds me of Christmas. It really does. It does. No mall I have ever been present in has felt like Grace Brothers. “Ground floor: perfumery, stationery, and leather goods, wigs and haberdashery, kitchenware and food. Going up…  First Floor: Telephones, gents ready made suits, shirts, suits, ties, hats, underwear, and shoes. Going up…”and so and so forth. 1980’s MACY’s came close but I never saw Mr. Humphries or Mrs. Slocombe’s pussy(cat). But one can dream. The documentary style series featuring re-enactments of unsolved crimes, missing persons, conspiracy theories and unexplained phenomena. It scared you more than “America’s Most Wanted” and inspired imitators like the more paranormal themed “Sightings” or the Investigation Discovery Channel. Robert Stack always wearing his trenchcoat and haunting some dark alley as he reminded you every episode that a murderer could be next door to you. This will be the song that puts me to sleep this morning. And finally, one of my favorites. The theme to HBO’s The Hitchhiker. It’s one of my favorite opening sequences ever, much like “The Prisoner”. #13 on this list is a potential candidate for a future Remember This… The title music is gloriously ominous, dark and vacant. It conjures images of rattlesnakes, deserts and haunted landscapes. Composed by Michael Rubini who also collaborated on the film score to The Hunger and composed Graham’s Theme for Michael Mann’s film Manhunter. He also co-scored two episodes of Tales From the Crypt.

It’s time for the sleepless to get some sleep. But in the meantime keep your fingers firmly positioned on that rewind button.