Neo-noir is and has been back in its prime with both urban and rural settings, neon lights, lens flares, bad people doing bad things and dangerous women turning the gears in a f’d up amoral world of vice and anti-social behavior. 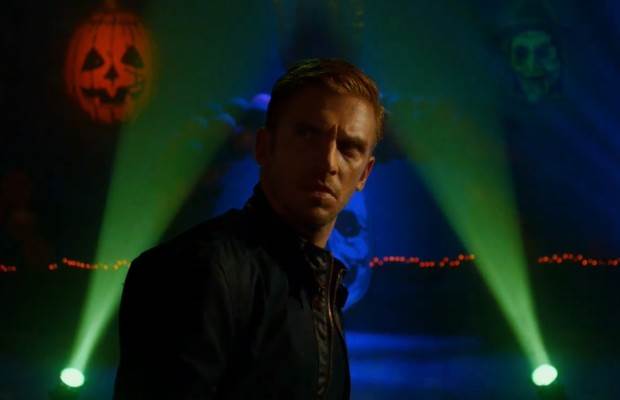 10.) The Cassette Revival continues to grow. Do you ever get nostalgic thinking about the days when you actually made a mixtape? Do you miss the auditory experience of lying in bed and listening to an album on a Walkman with all the hiss and flat tones to layer the journey? Well, just like the renewed interest in Vinyl collecting, the cassette format has also gained somewhat of an underground following. Independent artists now have option when deciding to release a physical recording of their music and fans don’t have to break the piggy bank or have snatch music online. Cassette tapes are a very cheap and easy option. And thanks to small DIY labels like The Jade Palace Guard and online boutiques like Sanity Muffin releasing tapes by local artists and re-issues of obscure and originally tape or vinyl only releases. I am sure tapes aren’t going anywhere but girlfriends come and go.

9.) The Return of Freaky Cut-up’s and Abstract Visual Art If you recall in a previous episode of Remember This, I like most of us grew up watching VHS tapes and public access television. There were music videos, graffiti compilations, interviews with obscure artists and foreign language footage as well as a healthy serving of smut and freakshow collages. It pleases me to see that corner of creativity and clandestine art still exists today and online. Perfect examples being: CDTcrew and their catalogue of edited compositions of 80’s rarities and drug fueled party tapes; and Philadelphia street artist, Viva Lux with his esoteric visuals of graffiti, metaphysics and urban life. I look forward to this approach to visual art growing with the retro scene as its darker mirror image.

For you out there reading this, check your cable guide and see if you have Robert Rodriguez’s latest and probably his best idea ever – his own cable channel. In spite of a rough launch with that god awful Dusk Till Dawn series (so bad it makes the original look like a masterpiece) the channel has exploded into every retro lovers must watch new thing. Just recently I’ve seen Spanish dubs of Blade Runner, an entire Godzilla Kaiju Christmas marathon, every single kung-fu movie playing all day and retro 80’s and 70’s exploitation films playing unrated and with limited commercials. They even have their own luchador wrestling program. Need I say more?*extra points for their New Years Day 12 episode Miami Vice marathon. No, No, I haven’t seen the reboot/remake of Teenage Mutant Ninja Turtles; I am 32 years old and probably won’t till it’s on cable. However, the hype surrounding this film by the people around me who remember watching the cartoons and playing with the toys (probably stolen toys from me) has earned this film a place on my list. Outside of an Old School Hardcore show, I’ve never seen more aged and bitter men literally turn into juveniles as they did when they saw the first trailer earlier this year. The special effects look nice and Megan Fox as April O’Neal is a nice touch… even Shredder looks cool. It can’t possibly be a bad movie.

6.) The Launch of the “Big Trouble in Little China” & “Escape From NY” comic books When BOOM studios teased Big Trouble In Little China I literally clicked my heels Dorothy style. Finally, we get to see what happened after the great battle below San Francisco’s Chinatown and the defeat of David Lo Pan. Did Jack Burton survive his encounter with the Wild Man stowed away in the back of the Pork Chop Express? The gentlemen responsible for bringing back the cult classic in comic book form are none other than Eisner award winner Eric Powell (The Goon) and film director John Carpenter himself. Escape From New York, also from BOOM, continues the adventures of Snake Plissken, after the events of the first film and not the 90’s sequel, as he embarks on a road trip with a group of thieves to the free state of Florida, as it has secede from the United States. It’s no surprise that I am a Gregg Araki fan. White Bird In A Blizzard is an indie adaptation of the book by the same name starring Shailene Woodley, Eva Green, Christopher Meloni and Shiloh Fernandez. Set and taking place mostly in 1988, it’s part mystery and part sexual coming of age drama and maybe his best film since Mysterious Skin. Eva Green stands out as a miserable housewife coming apart at the seams trying to maintain the illusion of marital bliss while envying her daughter. It’s beautifully shot in Araki’s signature color palette and immaculate lighting. Plus the soundtrack, the soundtrack is a mix of lush melancholy and nostalgia. Artists featured on the soundtrack include Cocteau Twins, New Order, Depeche Mode, Jesus & the Mary Chain, Souxsie & the Banshees, Talk Talk, Echo & the Bunnymen, Love & Rockets, Everything but the Girl, Soft Cell, Tears for Fears, The Cure, Psychedelic Furs and features additional scoring by Robin Guthrieand Harold Budd. John Carpenter’s films have a place our memories and nightmares. They are inseparable from our childhood and our ideas of what a horror movie is. They orbit in our Top 10’s punctuated and invoked by his music scores and themes; from the frantic piano scales of Halloween to the droning evil of The Thing, I am sure his soundtracks were a major influence on many retro producers. So his first piece of original music in thirteen years should be a big deal let alone the announcement a few months ago that Sacred Bones records would be unleashing his first studio album. The first single, “Vortex” is classic Carpenter with his eerie progressions and buildups. Anyone who is anyone should give the whole package a listen when it’s released in February 2015.

3.) The Second life of Neo-Noir

The sub-genre that was born in the late seventies and grew legs and rooted in the eighties with Blade Runner, Thief, Manhunter, Cruising etcetera, was almost a clichéd hack of itself during the nineties, excluding gems like City of Industry, LA Confidential, The Grifters, Bad Lieutenant and a few others. Neo-noir is and has been back in its prime with both urban and rural settings, neon lights, lens flares, bad people doing bad things and dangerous women turning the gears in a f’d up amoral world of vice and anti-social behavior. Nicholas Winding Refn further brought back the genre to its retro roots by incorporating synth-music back into it, adding that much needed layer or urban decay and sleaze again. Now that Winding Refn’s Drive and Only God Forgives have set the bar for new editions in the genre, like Rockstars GTA V, perhaps someone in our retro scene will become the next Tangerine Dream or Giorgio Moroder. Time will tell. After Tony Hawk righteously pranked half of social media with his fake hoverboard video; a lot of people had their dreams of gleaming the cube like Marty McFly squashed. That is until Hendo Hover started development on the world’s first prototype hoverboard. Using electro-magnetic repulsion, the board can lift off the ground a mere few inches but it’s a start. The people building on this concept have a kickstarter page with a video and some details as to how this little miracle works. Who knows maybe with some funding we can have a hoverboard that runs on water. My personal nominee and winner of the best 80’s psychological action thriller not made in the eighties with the best John Carpenter/ Tangerine Dream soundtrack not made by either goes to Adam Wingard and Simon Barrett’s movie THE GUEST. Starring in the lead as the devil may care lead is Dan Stevens, also starring Maika Monroe, Brenden Meyer and The Wire’s Lance Reddick. This film is so unexpectedly good I wouldn’t even know where to begin. Pretty much takes neo-noir elements of Drive and blends them into this well made, almost two million dollar, B-movie splashed with equal parts The Stepfather (1987), Watchers (1988) into a fun, funny and very entertaining joy. The soundtrack on this is Amazing as well, featuring NRW artists Perturbator, Gatekeeper, S U R V I V E. I also heard songs from Front 242, The Sisters of Mercy, my favorite D.A.F. song “Der Mussolini” and some I’ve never heard before like “Anthonio” (Berlin BreakdownVersion) by Annie. It’s a fun two hours and the best thing of it’s like since 2011’s Hobo with a Shotgun.