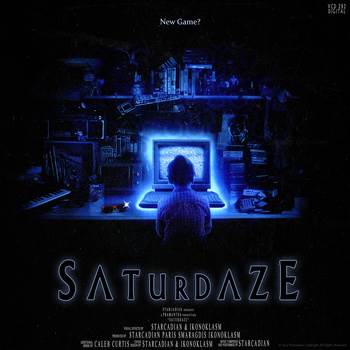 ‘A real basic design here, but really effective. This kind of art was super popular during the 1980’s and I like to imagine that Prince has wallpaper like this throughout his house’. ‘Another simplistic design that goes to show that album art doesn’t always have to be complicated and complex to be visually appealing. This cover has a super classic retro vibe and always leaves me wanting to play Out Run’. ‘Definitely one of my favourite records released in 2014. This grey scale cover spoke to me before I’d even heard a note of the music and I felt it captured the essence of Void Vision’s sound in a single photo’. ‘Lets be honest, if you bumped into this creature on the street, you could pretty much guarantee that you’d shit your pants. But, no need to worry guys as its just just the product of someone’s imagination….at least I hope so”. ‘First time I saw this cover, I was expecting to listen to some old British Metal band from the late 70’s. Turns out that ‘Matter’ is an awesome Medieval inspired Synth album Programmed & Performed by the talented C Gilbert’. ‘The ultimate soundtrack to get your pump onto, ‘The Pump’ features an oiled up honey flexing her guns, what’s not to like about this cover?’ ‘This beautiful post apocalyptic image from Perturbator is totally bad ass and I’m convinced is something that even SLAYER would be proud of’. ‘The artwork on this cover was designed by, Rufus Blacklock, of whom I’m a big fan. This incredible design was clearly born in the mind of someone with incredible skill and vision’. ‘This could have easily been the front cover of a Slasher Film in the 80’s and is without a shadow of a doubt something I would have rented. ‘Blue Light Murder’ is my unsung hero of 2014′. ‘This beautiful design fills me with nostalgia and takes me back to those feelings of being a kid back in the day. On this album, ‘Starcadia’ take classic themes from 80’s shows such as ‘Dance Or Die’, ‘Cody Laser’, ‘Lethal Response’ and spit out amazing remixes. I listened to this one constantly for over a week’.

***CORRECTIONS: ART IN #2 IS TAKEN FROM A LAMBERTO BAVA FILM ENTITLED “YOU’LL DIE AT MIDNIGHT” RELEASED IN 1986.