OGRE – 195 is Cinematic and Striking

While listening through OGRE’s most recent release, particularly the funky “Job For A Cowboy”, my girlfriend walked by and said something interesting: “Are you listening to 80’s soundtracks again?” This was interesting because as I listened through 195, one word kept popping into my mind. Cinematic. This album is 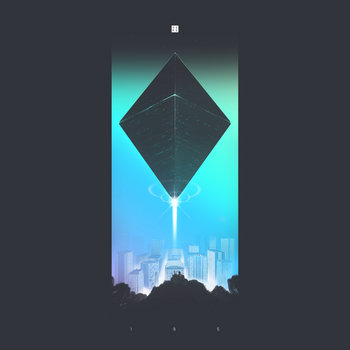 While listening through OGRE’s most recent release, particularly
the funky “Job For A Cowboy”, my girlfriend walked by and said something
interesting: “Are you listening to 80’s soundtracks again?” This was
interesting because as I listened through 195,
one word kept popping into my mind. Cinematic. This album is completely
cinematic from start to finish. To be honest I have a lot to say about this
album. Both musically and stylistically it really brought a lot up in my mind.
I will try to keep this from going off on too many tangents.
The first two things that you will notice about this album
are the large amount of songs and the short duration of each song. This is
something interesting and I feel it represents a gradual shift that will
continue happening in music. We still define and structure music in terms that
were born in the vinyl era. I love listening to vinyl; it has warmth that is
hard to replicate digitally, but that paradigm doesn’t always work with age of
digital releases and Soundcloud. In the case of 195, this isn’t an issue. The short song lengths keep the overall
length comparable to other full-length releases, but it is vastly different
from other albums in so many ways. The songs are separated and aside from a few
tracks all have a distinct feel, though the transition between songs is often
seamless and makes everything feel continuous. For example, I felt like the
album really kicked off (and punched me in the face) on “Don’t Call Me a Hero”.
The thing is, that’s the third track. It never actually feels like the third
track, and listening to it on its own doesn’t feel as satisfying as listening
to it immediately after the two songs before it, and at a combined total of
1:43 it never feels like a chore to do so. The album would not work as well if
you played it on shuffle; I’d even go as far as saying it wouldn’t work as well
to not listen to the entire thing.
Musically, the album is similar in a lot of ways to Ed
Harrison’s 2009 OST release NeoTokyo,
an album I consider one of the finest overall pieces of music created over the
past 15 years.  195 fills me with the same kind of wide-eyed awe and sheer
excitement to be basking in a piece of music. These songs do not have a
traditional verse-chorus structure and take such dramatic turns that it is
really hard to not find your interest piqued throughout. Because of the
cohesive nature of the album, it becomes difficult to label songs as the best
on the release. There are several moments
that I would define as noteworthy and exceptionally interesting. The
aforementioned crashing of “Don’t Call Me a Hero,” the haunting middle of
“Sneaking Suspicions”, and the return of an other worldly melody that peaked in
an earlier song that comes full force in “Sentai” are a few that I can
immediately recall. As I have mentioned and will continue to mention, the
cinematic scope of the album is in high gear in these moments, the extent that
I feel as though “Sentai” contains a motif.
The short song lengths, while distinguishing the album from
OGRE’s contemporaries, sometimes feels like a hindrance. Several times I found
myself really intrigued by a melody or felt a strong reaction from a song and
just as I was really getting excited by it, the song would end. It sometimes
feels like the really exciting and memorable moments aren’t given their full
opportunity to be explored and elaborated and the tone can feel a bit rushed as
a result.
This album nails aesthetic style, which, while not being the
music, is an important aspect of any form of art for me. The artwork for 195 is beautiful with what I believe are
references to both Akira and Neon Genesis Evangelion. The figure on
the motorcycle overlooking the city feels like a shout-out to the former, while
the ominous gargantuan figure very reminiscent an angel from Evangelion. I would have loved if Rebuild of Evangelion had used this or
similar music as a soundtrack. This movie-like / narrative quality to the music
is further complimented by the short exposition OGRE has on bandcamp about the
world of the album.

Any fan of NRW, fans of old anime, or anyone who can
appreciate cinematic and complex music need to check this out. It is fairly
priced and definitely worth it. It is introspective and brooding and moving all
at once.  I make certain to not throw the
word “epic” around. This is an epic album. Something metallic and monstrous
lurks underneath the surface of OGRE’s full length 195.