Obviously, people age. That’s only science and nature, right? It’s also known that some people age gracefully, and some people don’t. On another side of it, some people are destined for longer careers than others. Some people manage to adapt to the times, and some fade (though never completely). Obviously, people age. That’s only science and nature,
right? It’s also known that some people age gracefully, and some people don’t.
On another side of it, some people are destined for longer careers than others.
Some people manage to adapt to the times, and some fade (though never
completely). We’re going to take a look at a few of our favorite people who
were “big” in the 1980s, and see what they look like now. We all remember Cyndi as the pixie-like, lovable songbird,
flamboyant yet oddly girl-next-door, and 80s pop icon. She had hits like “Girls
Just Wanna Have Fun,” “Time After Time,” and “True Colors,” and even moonlighted
as a manager for female WWE champion Wendi Richter. She had a tie-in with the
film “The Goonies.” She had a good time back then, and we had a good time with
her.

I’m pleased to show that she’s aged beautifully. Still
active in music production and a huge advocate for various charities, Cyndi
still has the look of a pop-punk fairy princess, though she’s grown up a little
wardrobe wise. And there’s nothing wrong with that!
2.
Hulk Hogan

Speaking of WWE (called the WWF in the 1980s, before the
legal battle for the acronym was won by the World Wildlife Fund), their
ultimate moneymaker in the 80s was the man, the legend, the sport entertainment
icon, Terry “The Hulk” Hogan. Having gotten his start in Verne Gagne’s AWA as
“Sterling Golden,” Hulk was renamed and repackaged by Vince McMahon after
having been seen in this iconic opening scene from Rocky III:
Hulk’s look, his intensity, and his message resonated with
people in the 1980s, both in and out of professional wrestling. His sports
entertainment career lasted well into the 2000s, but he was at his biggest
during the 80s. He was well known as far away as Japan.
However “phony” you may think wrestling is, though… it can
put wear and tear on a man. Not to mention that the real guy behind the image,
Terry Bollea, wasn’t living his prayers-and-vitamins lifestyle behind the
scenes.

Hogan has not aged well. I won’t sit here and insult him,
but he’s got a real hang-dog look now… the look of a tired man. Anyone who
follows celebrity news knows he’s had his ups and downs after wrestling, but
he’s still kicking in an industry where many die young.
3.
Molly Ringwald

Films like “Pretty In Pink” and “The Breakfast Club” are
essential viewing for the 80s enthusiast. Molly Ringwald is a name and a face
you remember if you grew up then, unless you were Amish or lived in a cave.
Younger than the previous two on this list, still only in
her 40s, Molly has stayed busy, both acting and writing two books thus far. She
also maintains an advice column.  She’s
had two spouses and is a mom to 3 kids… and she looks great!

If you don’t remember Boy George, where were you? The
frontman of Culture Club who was such a “chameleon” himself that he crafted an
entirely androgynous persona, the man whose real name is George O’Dowd is
synonymous with the crazy edge of the 80s pop scene.
George’s solo career stretched well into the 90s and beyond,
and he’s also written some books, gotten into some legal trouble, and the usual
stuff.  He’s even branched into DJing,
and toured briefly this year.

The years are beginning to weigh on Boy George, but he’s
still got the recognizable look we all know. I have a feeling he’s still far
from finished entertaining people, though only time will tell.
5.
Henry Thomas

Most people wouldn’t know Henry Thomas by name, but if you
say “Elliot from E.T.” they will know who you mean.
Henry has kept working since then, on into adulthood, having
put films like “Legends of the Fall” and “Gangs of New York” under his belt in
more recent years. His face is still unmistakable, if you look. He’s still a
gifted character actor, and in this writer’s opinion, is underused! 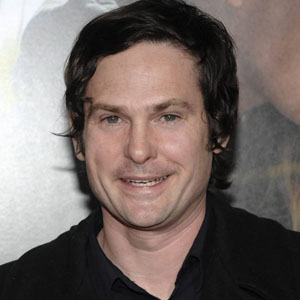 That’s all for now, but here’s all the best to our classic
icons, past and present!