IN THE ZONE WITH XES – PAY ATTENTION RETRO HEADS!

Straight to the answer – we are a duo. The band consists of me - Pasha Star, and my friend Pavel Saushkin. 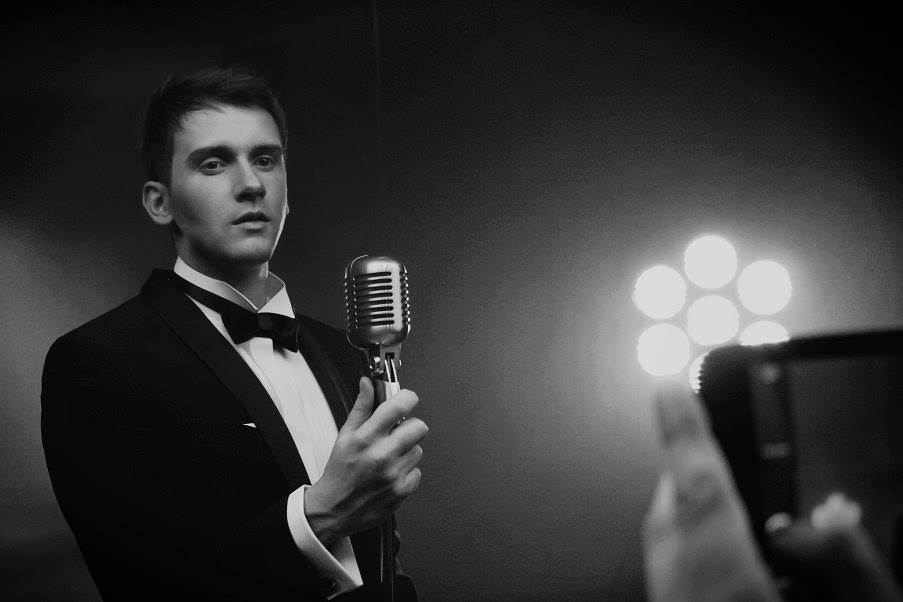 1. Hello XES, it is very nice to meet you. Can you please tell us a bit about the group as a whole? (How/where/when did you meet etc. We will get into the individuals later)

Hello, nice to meet you too and thank you very much for the interview! It is an honor.

Straight to the answer – we are a duo. The band consists of me – Pasha Star, and my friend Pavel Saushkin. We’ve met when I was searching for a musician to start my own music project. I really loved the way he perceives the music, the way he treats melody and can play with bits of sound creating our unique sound. That is what I like about our partnership – I create songs in my head and Pavel manages to transfer it in reality as I have pictured it. Nonetheless, his own work is very nice and I do not create all of the songs of course. The band formed in July 2014, after we tried to make couple of songs together. It was like a trial period to test whether we can manage cooperation and do something really interesting. It worked out as you may see. After some paperwork we started to build our name.

2. Can each of you (band members) give us 5 interesting facts about yourselves.

: Ok, I will try first. Most of it is somehow connected to Japan, because I started my singing career there.

1 – I can speak and write lyrics in Japanese;

2 – Failed at Sony Music Audition Japan in the finals, because I was so nervous I strained my voice.

3 – I took part in variety of Japanese TV shows and commercials as a model and a singer during my time in Japan.

4 – I am Russian but my background is a mixture of different ethnicities.

3. How would you describe your sound?

: Right now, we have no particular genre in mind. We do identify ourselves as an electropop band, but our upcoming album will consist from different music genres – starting from synth pop and/or nu-disco ending with witch house. We want it to be a like a space travel – each song is a different planet.

: Eventually, we believe, this should bring us to something even more interesting in terms of genres and style. Let’s see where it takes us.

. The video for “Black Tears” is immense, but it also seems like there is a hidden meaning behind the video. Could you explain what we witness?

: Actually, it is a start of our Black Tears Saga project. We are planning to create and include a game and some short animation clips coupled with our music. It is a highly metaphysical, surreal, and allegorical story about a girl named Destiny. She is blind but she can see the world through the sounds, spoken words and her own imagination. The music video puts a viewer in a scene where she has fallen into the lies of a Dark One, who has deceived her into thinking that the Saint – the guy in white – is in fact a Liar and that false “truth” makes her cry the tears of grief empowering the Dark One. The guy in white is the Truth as he carries the attributes of strength and weakness at the same time: a strong body but he is handicapped. There is a lot of symbolism such as the table that represents life and the masks that carry the idea that the whole world is a theatre and etc.

There will be a continue which will cast some light on the plot we are trying to represent. 5. How did you guys get to work with Origa?! THATS A PRETTY BIG FEATURE!

: I admired her music since I was a child. At that time, I did not realize I would be able to record a song with her someday. When I have started doing my own music, I have decided to send one of my demos to her and she, to my utter astonishment, responded. Since then we’ve worked together on some of her songs (I was responsible for writing some of the lyrics) and when we were about to release our debut single “Black Tears” I asked her whether she can add some vocals to it. She agreed and the result turned out really great. 6. What more can we expect from you in the near future?

: In terms of music – we have many ambitions and we will surely release something really good in the near future. As our band’s name stands for eXperimental Electronic Sound we plan to experiment and make something unique and at the same time pleasant to listen to. As for the rest, as I already mentioned – we are going to continue developing our music story, and most important we are soon to start performing live, so do not forget to check our social networks for information and updates. 7. Where can the retro scene stay connected with you?

: We are gradually developing our network. Therefore, at the moment you can find us online at

which has links to all our social network groups, including our

Also, you can find us on many other popular websites just look for us online and you will definitely find us.

Check out XES hot single and video “Black Tears” below. A great new boost for the retro scene!!