Remember This? The Local Video Store   By Sam Haine             Before NETFLIX  and HULU, before Blockbuster Video, even before youtube or the corrupted and self-obsessive internet. The only place to see new films was at the Cineplex. People would make plans ‘over the phone’ and make a day of going to the theaters to

Remember
This?
The Local Video Store 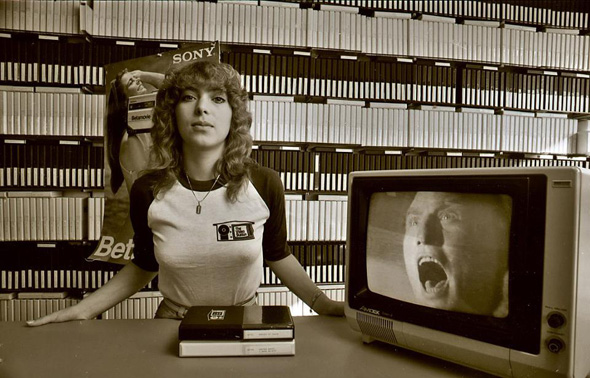 By
Sam Haine
Before
NETFLIX  and HULU, before Blockbuster
Video, even before youtube or the corrupted and self-obsessive internet. The
only place to see new films was at the Cineplex. People would make plans ‘over
the phone’ and make a day of going to the theaters to see what was playing;
most times without even knowing what the hell they were about to watch. If you
loved the film, you would spread the word and go back to watch the film again.
Why? Because after its run the only way to see the same film again was to wait
possibly a year before cable television could air it. Unless you stretched on
your sweat bans and pushed that hunk of junk bmx down to your local video
store. You know the video store that smelled of make shift wooden shelves and
filled with empty VHS boxes from floor to ceiling. Each box was held in its
place by a piece of string from one end of the shelf to the other; I guess they
were jumping off the ledge constantly.
In
every neighborhood there were at least one video rental store and sometimes
there were two. Some places you had to actually drive to from your house so, it
became a family activity, “Now you kids go pick something for you and me &
mommy are picking a movie for us.” Remember the days when families actually did
things together… even if you didn’t have one like that you knew other kids who
did.
The
place was a hangout for the local kids and the local kids who had nothing to
do. Mine like most others even had space for arcade games: Terminator 2 arcade
shooter, Out Run, Street Fighter, an SNK arcade cabinet with King of Fighters, Fatal
Fury, Samurai Showdown & Metal Slug; even that damn claw crane vending
machine. Back when claw cranes actually had stuffed animals and toys in them;
before my neighborhood fucked it up by filling it with pre-paid phones, fake Rolex
watches and other junk like big-ass fake diamond earrings (I shit you not).
The
video rental spot charged you a reasonable fee and only required that you
return the tapes (later dvd’s) when you were supposed to and for the tapes to
be rewound. The staff was from the neighborhood or cute enough that you didn’t
care where they came from. The staff also knew what they were talking about
because they loved nothing more than to watch movies and geek out over good
ones and rant poetic hatred about bad ones.
There was always a mysterious
backroom with a neon Adults Only sign above a dark curtain and you just knew
there were things behind that curtain not for you but you couldn’t resist
somehow taking a peek every time.
Their inventory didn’t
consist of the flavor of the month based on customer habits, no, they had what
they had and that was everything from B-movies, kung fu movies, foreign films,
classic films and Hollywood big studio defecation.  Remember the Elvira collections where she
would give an introduction to the feature? Remember the Sho Kosugi collection?
Remember all the great movies you haven’t seen in forever.
That’s what Netflix is
seriously lacking – the oddities and the obscurity. I have probably only been
on Netflix maybe only six times. Instead I take free time to go and surf
youtube for all the lost memories. Where else would you find any of the films I
feature every month on this site for you and your viewing pleasure? Everybody
remembers the summer fluffers but it’s the little thrills and chills and movies
that only you and your friends remember with all the inside humor that make the
memories of youth so cherished.
Another
thing to remember – SUNCOAST VIDEO stores and how they sucked! 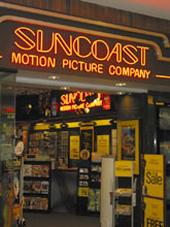 Suncoast the harbinger
of mediocrity; they never had anything you wanted. Movies were never where they
were supposed to be or they just didn’t have it. The anime section was only six
films: Robotech, Bubblegum Crisis, Vampire Hunter D, Akira, Project A-ko and Wicked
City.
The staff sucked balls
and didn’t know anything. In fact they were the ancestors to the blue shirt
douches that worked at Blockbuster.

“Hello sir, where are your Troma films?”
“Troma? Oh yeah third aisle in the foreign section.”


“Face/Off is an official movie, I liked it,”says the Employee of the Month.
“Official? So every other movie here at FYE is bootleg?”
Remember
these things? What are your memories of your local video store? Reminisce a little and keep your
fingers firmly on the rewind button.

Sam HaiNe is a writer of short stories and flash
fiction and the creator of Hainesville (facebook.com/allhailming).
He’s a contributing writer for NRW including our Retro Movie of the Month. As well he contributes content
and Cult Fiction to CultClassicGoods.com.