Earlier this month, Synthwave producer Miles Matrix produced what may well be 2021’s freshest take on retro-synth music. With La Boum, the Viennese producer and Arcadeglitch host has taken the retrowave sound back to the streets of eighties NY, a groundbreaking time for music when

Earlier this month, Synthwave producer Miles Matrix produced what may well be 2021’s freshest take on retro-synth music. With La Boum, the Viennese producer and Arcadeglitch host has taken the retrowave sound back to the streets of eighties NY, a groundbreaking time for music when electro-funk, hip hop and house music in the streets and clubs. We caught up with the man himself to learn all about the classic sounds and memories that shaped his fly new mixtape.

For those unfamiliar with your work: where are you from and what is it that first drew you towards electronic music?

Hi, I’m Miles Matrix, a Synthwave / 80s Electro producer based in Vienna. I’m also a Synthwave DJ. I’ve been living in Vienna for about ten years now. I was born in Gibraltar but grew up in Germany after our family moved around Europe including France for a while.

I’ve been into electronic music all of my life really. Some of my first cassettes were 80s Electro, or “breakdance music”. I also had some cassette compilations where some artists covered popular tracks as synthesizer instrumental pieces, so I got into the sound very early. My taste in music is pretty eclectic, I am a huge Oasis fan too for example but electronic music has probably been the most steady constant in my life. I remember in the 90s, in my teens, I used to listen to recordings from the Love Parade and dance on my own to all the Techno, turning my desk light on and off again, to imitate a strobe.

The liner notes for LA BOUM mention a mixtape that introduced you to “Breakdance Music”. What brought you to consider fully embracing this sound for this latest album?

Yeah, that was a cassette a classmate of mine recorded for me in primary school. He was into breakdance, and while I couldn’t dance myself, I loved the music a lot. It was only years later I realized that was actually old-school electro, basically one of the origins of the dance music we listen to today. I never stopped loving the sound, and after a couple of albums where I was going for a more traditional Synthwave sound, now was the time for me to go down this route. And I must say I feel pretty happy on this road and I can imagine exploring this Electro sound even more on upcoming releases. There’s something very refreshing in this sound.

Can you tell us a little about the gear you used to bring the 80s’ Electro sound back to life?

So I think the most important aspect in production was dedicating myself to some minimalism. As a synthwave producer, you tend to go all-in on FX and soundscapes, trying to be very cinematic or dark, which very often results in a million tracks in the DAW. Obviously, this approach wouldn’t be very authentic for a sound rooted in the 80s. But far more importantly it actually boosted my creative energies having to work with a limited amount of tracks. It forces you to focus on the essential parts of a song. It’s a challenge from a composition perspective as you can’t cheat your way around boring parts with “more FX / more pads / more sounds”. 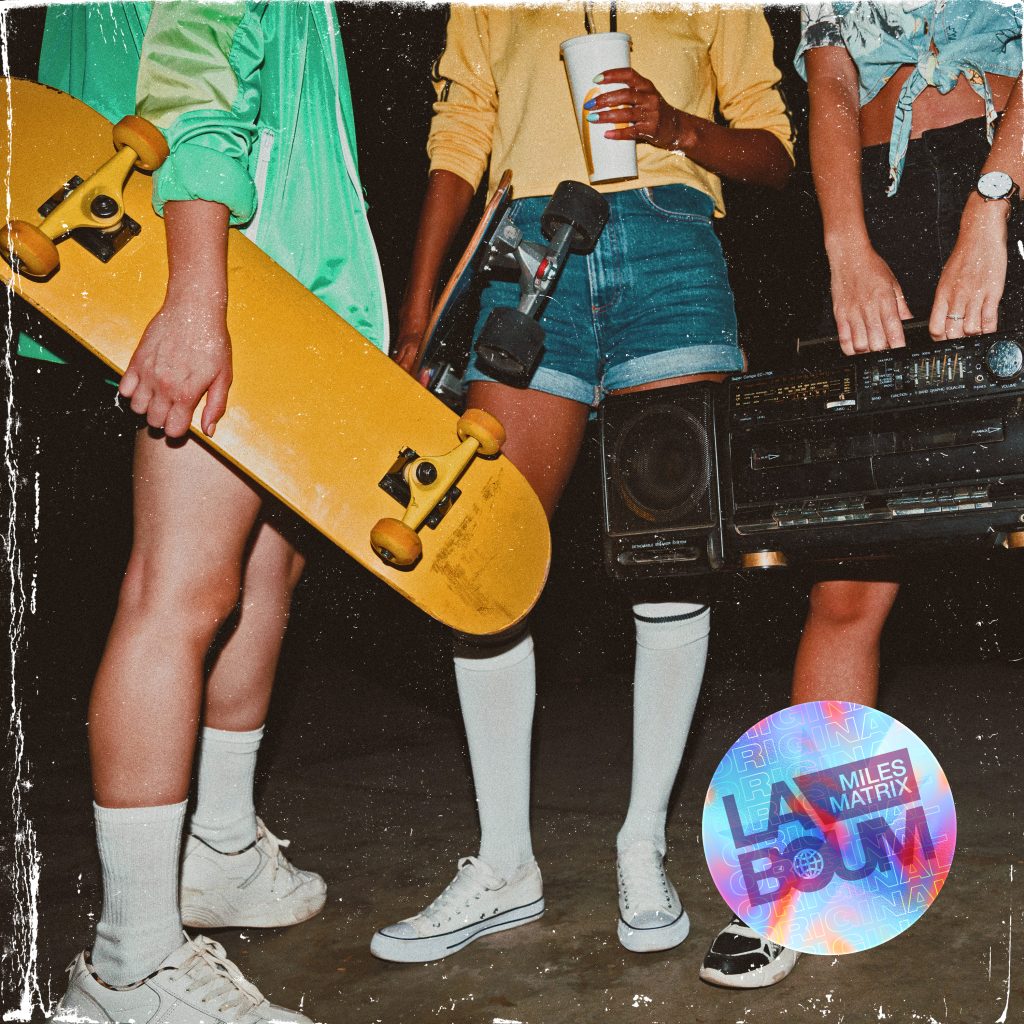 My approach was to deconstruct what old-school Electro is made of. Essentially, it boils down to these parts: A groovy bassline, an infectious hook, reverb and delay, and most importantly: percussion. Electro gets its groove from an offbeat kick and the snare playing regularly on the 2 and 4. From there you can get really creative with hi-hats, cymbals, cowbell, rim shots and percussive effects. The percussion is the most important part of Electro.

In terms of gear, I had a hybrid approach. I composed a couple of my album songs on my Roland MC-101 and TR-08, giving them a finishing touch in my DAW. But also in the DAW I worked with authentic samples from the 808, 909, 727 and 505. The synths I used were nothing special because I was going for a raw sound, and based on the feedback so far, it really worked out.

Currently, I am working on translating the album to a hardware gear-only live set with my MC-101 and TR-08 and Monotribe. The concept is to have one continuous set and to that end, I am remixing every album song for a live performance to give it a bigger club touch. We are currently in lockdown but I can’t wait to perform the album live!

What are the aspects of NYC Club music and Breakdance music that hit you in ways that more modern dance or hip hop music fail to do?

I wouldn’t say “old music” is per se better or modern music worse. I listen to a lot of current electronic music. But I find myself returning to the “olden times” a lot. In terms of what I like to produce myself, this sweet spot in the 80s where acts like Newcleus, Egyptian Lover, Hashim and others were redefining electronic music, very much inspired by Kraftwerk on the one hand and disco and early hip hop culture on the other hand, this sweet spot really gets me. I love it.

Tell us a little about the songs ‘COUNTACH THIS!’ and ‘CUPCAKES’. What’s the story about these tracks about Lambos and Cupcakes?

Hahaha, it’s so funny to see the reactions to these particular songs. I know this is a very disappointing answer but there isn’t a huge story behind them, to be honest. Here’s the thing: When producing the instrumentals I tend to give them working titles, mostly some random word I come up with on the spot, which in this case was “Cupcakes” and “Lambo #5” respectively. And then I basically just started ad-libbing to the beats and that’s how the lyrics came about. I then sent them through a text-to-speech software and voilà. Countach this is of course a pun based on MC Hammer’s hit, but it just fit so perfectly. And Cupcakes, well, let’s just say I got carried away while ad-libbing…

If you were to book 5 artists from that classic 80s era for the perfect Breakdancing music night, who would you choose?

Damn, only 5??? That’s tough. I think I’d book Chris “The Glove” Taylor to DJ the night. I’d want Egyptian Lover, Newcleus and Cybotron to perform, with Ice-T emceeing the event. I think that would be so dope!

Closing off with the question I ask at the end of every interview: name one of your favorite albums, movies and books.

Tough again, haha. It always depends on the mood I’m in but I’ll give it a try. Album: The Crystal Method – Vegas. Movie: Jerry Maguire. Book: The Cartel Trilogy by Don Winslow!

Thanks to Miles Matrix for taking the time to answer our questions!

Miles Matrix ‘La BOUM’ is out now via Bandcamp and will be released on Spotify in December.