Home / Movie Review  / The Many Saints of Newark: A Sopranos Story

The Many Saints of Newark: A Sopranos Story

After some production delays because of Covid, we finally got our Sopranos prequel movie. The Many Saints of Newark is a 2021 American crime drama film directed by Alan Taylor and written by David Chase and Lawrence Konner. A prequel to Chase's HBO crime drama series

After some production delays because of Covid, we finally got our Sopranos prequel movie.

The Many Saints of Newark is a 2021 American crime drama film directed by Alan Taylor and written by David Chase and Lawrence Konner. A prequel to Chase’s HBO crime drama series The Sopranos, it takes place during the 1960s and 1970s in Newark, New Jersey. The film follows a violent gang war from the perspectives of mobster Dickie Moltisanti and his teenage nephew, Tony Soprano, in the midst of the city’s 1967 riots. It stars Alessandro Nivola as Dickie and Michael Gandolfini as Tony, the character originated by his father in the series, with Leslie Odom Jr., Jon Bernthal, Corey Stoll, Billy Magnussen, Michela De Rossi, John Magaro, Ray Liotta, and Vera Farmiga in supporting roles.

I don’t really have a lot to say about this movie. I was hyped to see this with all the production details and marketing from HBO and the cast. I was excited to see what the advertisements said would be the “Origin of Tony Soprano”. Did we get a young Tony Soprano? Yes. Was it what we were expecting? No. 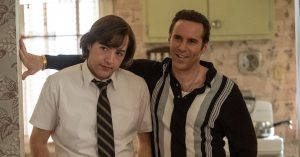 Instead we got a one-shot story about Dickie Moltisanti; the father of Christopher Moltisanti. Although the character was interesting in his own way, it wasn’t interesting enough to carry the whole film.

The casting was superb. Everyone fit their roles playing younger versions of the despicable Soprano family from the groundbreaking HBO series. More than the others, I was ecstatic to see Stand-Up comedian and Actor Joey “Coco” Diaz in a supporting role as Pussy’s father, Buddha.

I have to say there was a lot to be desired.
Maybe this would’ve been better presented as a mini-series instead of a feature film. I’m not enraged. This wasn’t an unbearable viewing. This wasn’t Wonder Woman 84′, now 84 was a bad movie.
I’m not angry with the production; just disappointed without holding a grudge.
This was an ambitious project after-all. Could you really condense everything you loved bout the show and have these characters exist in just a 2Hour runtime? I just feel like the main character they chose to focus on was a bit of a letdown. Instead of following a young Tony enamored by the lifestyle of his father, uncle and more importantly his Uncle Dickie – you just get Dickie. Dickie unhappy with his father. Dickie wanting to sleep with his new stepmom, Dickie showing off, Dickie being a fun guy, Dickie drinking, Dickie, Dickie, Dickie. Did we get a resolution to setups and questions from the series about him – No. I mean you do find out who really killed him? Yes but, the answer you get just seems like a really cheap twist.

The only fact you learn by the end of the film is “Dickie is just as much a fuck up as his kid, Chrissy”.

Tony doesn’t even get that much screen time til maybe the third act of the film. And the film presents Tony as just a kid trying to be a tough guy like his Uncle. Shit, AJ in retrospect seemed more centered than Tony by the end of the film. Which kind of cheapens a solid performance by Michael Gandolfini in the role that made his late father famous.

To me the movie should’ve followed the younger versions of Livia and Johnny Soprano. Those two were the best parts of the film. Vera Farmiga did one hell of a job playing Livia as the self-absorbed, mentally complicated and manipulative bitch Livia always was. Jon Bernthal played against her wonderfully. Why would Johnny want to come home first after getting released from prison when Livia was there waiting for him? Jesus Christ, do you blame him for having a girlfriend on the side? The best scene is when they were driving home after a double date with Dickie. Shame they didn’t have more screen time; same with Corey Stoll’s performance of Uncle Junior.

Subplots were whatever. Soundtrack is pretty good. Cinematography is well done.

Just a shame that it didn’t feel satisfying when it was all done.

Stay away from a theater purchase on this one. Just watch it at home on HBO MAX.

Stay safe. Stay Healthy. And always keep your finger on that REWIND button. 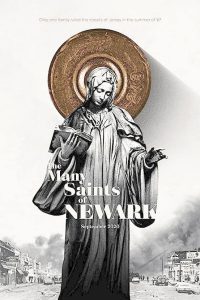