“We Are Stardust” deals with strong themes of death and rebirth – perfect topics for a genre so drenched in nostalgia. But LukHash goes a little deeper than most, actually leaning on science to construct the album’s narrative. The title itself is likely a reference to the fact that every element that makes up our bodies was once created inside the foundry of a dying star, billions of years ago. Carl Sagan famously said, “We are made of star-stuff. We are a way for the universe to know itself,” and… it’s true. We are literally Stardust.

Similarly, the opening track “Cyberiad Theory” is a reference to “The Cyberiad,” a series of short stories written by the brilliant Polish science fiction author Stanislaw Lem. The themes of the Cyberiad deal with the “vain search for human happiness through technological means,” creating perhaps the most perfect literary reference we’ve ever heard in a cyberpunk album!

LukHash himself explained to The Electroscope:

“[LukHash] told me he has spent much time as of late thinking about what happens after we die. He created a story guided by the idea that we are all born from stardust.

The plot thickens, though. After we die, we are reborn into another dimension, a parallel universe so to speak, where we reunite with those we lost and love to relive our experiences or create new ones together again. In LukHash‘s words, songs orbit around themes of ‘loss here’ and ‘reunion elsewhere.'”

LukHash himself is a Polish-born UK-based producer and classically trained guitarist who grew up playing retro video games and listening to his parent’s 80’s pop collection. Now, he focuses on creating an intricate fusion of complex chiptune and retro synthwave. Some chiptune can be a harsh listen, but not so with LukHash’s tracks. The chiptune elements work seamlessly together with various synthesizers, which melt together like butter instantly forming lush cinematic soundscapes.

In fact, the combination of these two genres feels very organic, maximizing the 80’s retro aesthetics of both while creating a totally radical and fresh take on the synthwave genre. To top it off, LukHash combines his advanced production capabilities and unique sound with a refined cyberpunk aesthetic that’s often pensive and dystopian, which makes every track a truly memorable listening experience.

But LukHash doesn’t simply boot up a DAW and start making 8-bit sounds. He’s well known for experimenting with hacked Gameboy and Commodore 64 systems, resurrecting them for one purpose – to make some truly bitchin’ tunes.

Aside from the backing narrative and technical finery, there’s really something to be said about how LukHash actually crafts the melodies and mixes the tracks on “We Are Stardust.” Each track’s melodies feel familiar yet futuristic, merging 80s pop tonalities with almost baroque synth leads. There’s also a deep sense of wistful nostalgia throughout the album that blends together perfectly with the other elements. The result is astounding, really amplifying the crisp cyberpunk tropes he’s built the album around.

In addition to using chiptune for simple pieces of melody, LukHash also uses them to build a dramatic atmosphere. This experimental use of chiptune combined with expert use of his synthesizers results in an intensely beautiful and cinematic album.

The final element of greatness here is the darksynth. Coupled with the lachrymose sounds above, a hint of doom and dystopia pervades “We Are Stardust,” bringing the album full circle and underpinning the themes of death and rebirth.

Overall, this album is an absolute must-listen. At the time of this writing, there are still some physical copies available via CD, with the rest having sold out quickly – and it’s easy to understand why. Grab your copy here before they’re gone! 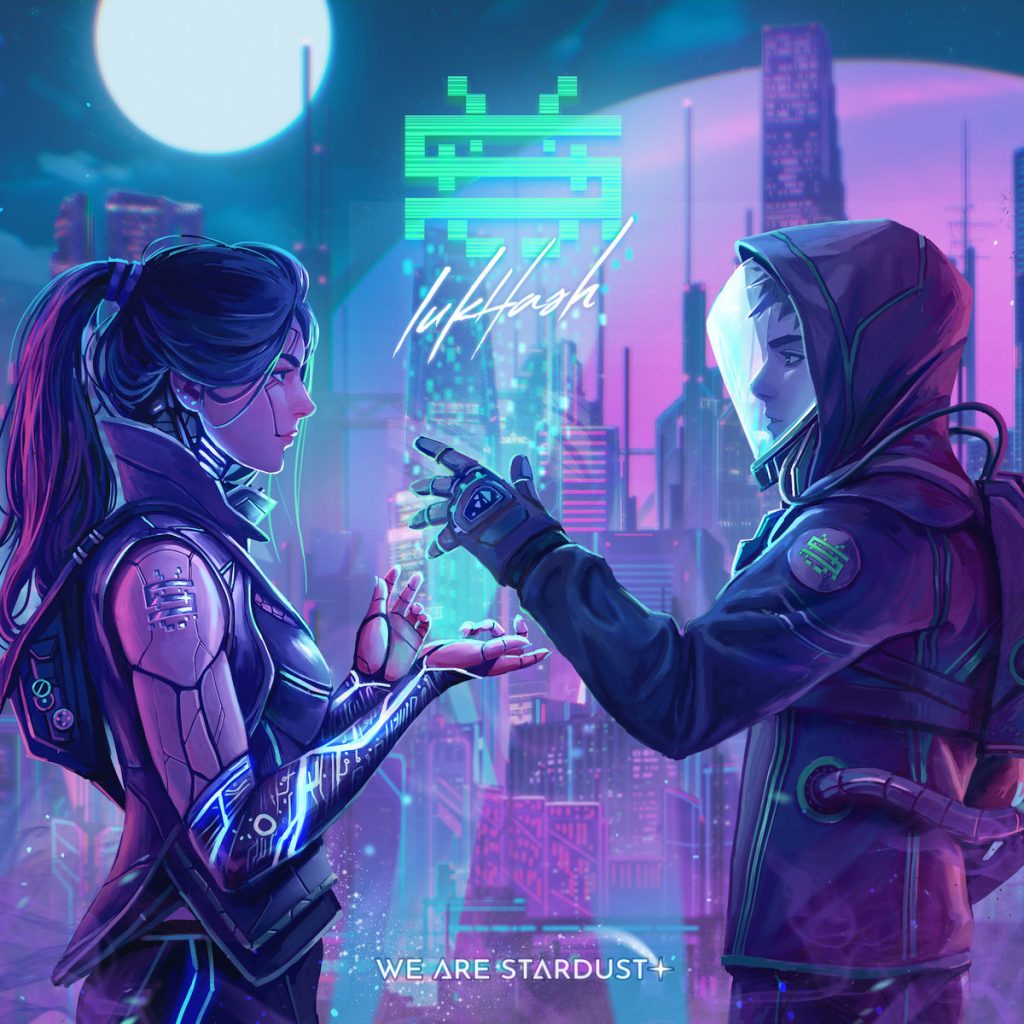