The Berlin-based Siamese Youth has just dropped the delicious "Echoes of Tomorrow," their sophomore album from NRW! "Echoes of Tomorrow" is stuffed with layers of neon-drenched synth, sick guitar grooves, and supremely catchy pop influences that combine to create a fantastic album of next-generation synthpop. Siamese

The Berlin-based Siamese Youth has just dropped the delicious “Echoes of Tomorrow,” their sophomore album from NRW! “Echoes of Tomorrow” is stuffed with layers of neon-drenched synth, sick guitar grooves, and supremely catchy pop influences that combine to create a fantastic album of next-generation synthpop.

Siamese Youth is a truly righteous duo, comprised of Mark Gritsenko and Christoph Hassel. Although this is only their second full-length album, their experience as musicians is immediately evident. Prior to Siamese Youth, Mark Gritsenko was the lead singer for the German rock back Marakesh, and Christoph Hassel is a seasoned songwriter, having acted as writer and producer for several different acts. The result of this experience is the high production value we hear on “Echoes of Tomorrow,” which almost seems to glisten as you listen.

This album isn’t just shiny though, it’s better all around. The Siamese Youth sound has definitely had an upgrade, taking the best elements from their debut album “Electric Dreams” and improving on them. The tracks here are much more groovy, and they play with space more as well, with many of the tracks feeling very wide and impressive. “Electric Dreams” had its fair share of amazingly upbeat catchy tracks, but overall it seemed a bit laid back at its core. Siamese Youth have really come out of their shell, and take it to a whole other level in “Echoes of Tomorrow,” with certain tracks like ‘Can I Be Me,’ and ‘Young Nights’ sounding downright iconic.

Don’t get me wrong, “Electric Dreams” is a fantastic album, but “Echoes of Tomorrow” absolutely knocks it out of the park! All of these elements and vocals blend together even more to make an even better release, and the result is absolutely gorgeous, groovy, iconic synthpop and dreampop!

Similar to their debut “Electric Dreams,” “Echoes of Tomorrow” draws on elements of dreamwave, synthwave, and catchy pop vocals. This combination makes for some excellent dreampop, but with “Echoes of tomorrow,” the arrangements are even more upbeat and poppy – and also now infused with some chord progressions seen more in anthemic alt-rock. The additional influence of that stadium busting alt-rock iconic U2 sound plays extremely well with their synthwave and dreamwave roots, elevating it just that much more.

Siamese Youth recently explained a bit more about the transformation to their sound in an interview with The Big Takeover:

“I think our sound has developed a lot. Our approach was to make Echoes Of Tomorrow more mature, stronger and a bit rockier than Electric Dreams…Our first album was very introverted, dreamy and nostalgic. But on Echoes Of Tomorrow we extended the topics we write about a lot…. In many tunes, it was like writing a synthwave song and producing it nearly as a rock song. While our first album was more dreamy and we would even say a bit shy, this one is more of a clear sonic statement.”

“Echoes of Tomorrow” Almost Sold Out!

Overall, this is a truly fantastic album and not one to be missed. If you’re a fan of synthpop acts like The Midnight and Michael Oakley, or enjoy the rock, pop, and synthwave influences from Wolf Club, you will likely absolutely love Siamese Youth’s “Echoes of Tomorrow.”

Sadly, MiniDiscs and cassettes are already sold out – but Vinyl and CDs are still available! But they won’t be for long – grab your copy here today! 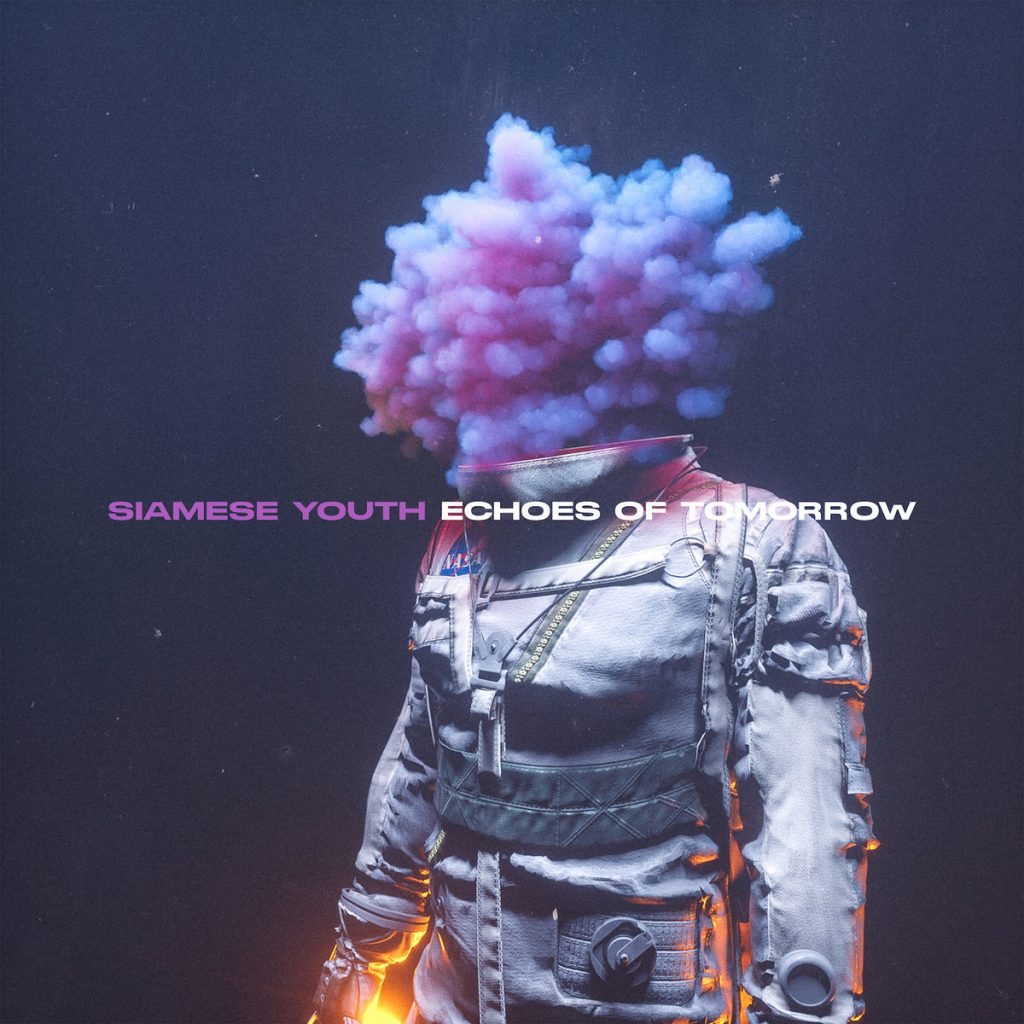