Netflix – love it or hate it, has given us some pretty good content the past few years, from original content like the Haunting of Hill House, Castlevania and the Dark Crystal but, Netflix is also notorious for padding their selection with dogshit as well 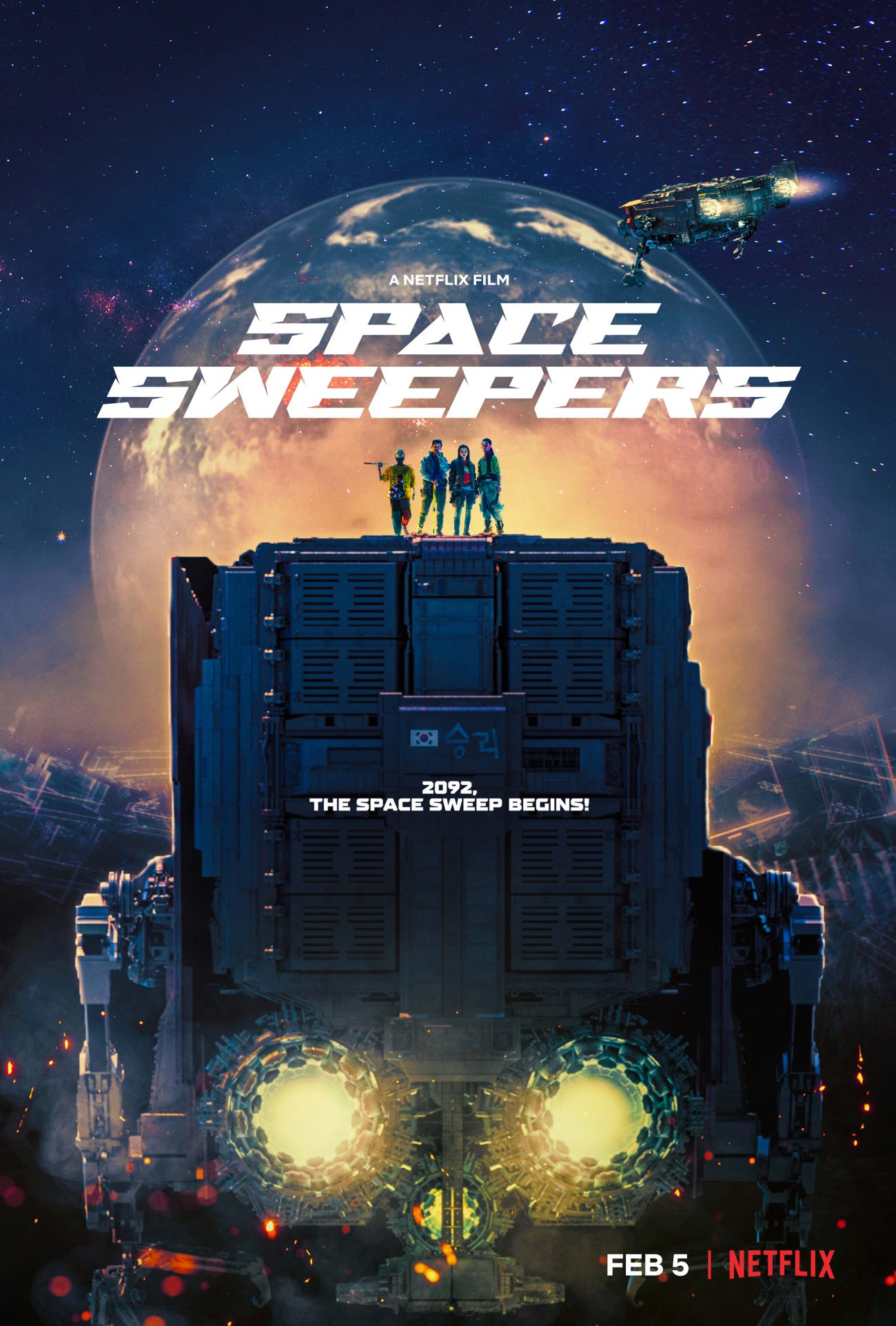 Netflix – love it or hate it, has given us some pretty good content the past few years, from original content like the Haunting of Hill House, Castlevania and the Dark Crystal but, Netflix is also notorious for padding their selection with dogshit as well as prematurely cancelling titles such as the before mentioned Dark Crystal.
However, one of the underrated aspects of Netflix is their international films section and my personal preference – South Korean cinema. Yes, it’s no mystery that South Korea has been and still is producing top quality and world renowned films including Parasite the recent Oscar winning film praised by critics and audiences.

Space Sweepers is a 2021 South Korean space Western film directed by Jo Sung-hee (A Werewolf Boy 2012, Phantom Detective 2015), starring Song Joong-ki, Kim Tae-ri, Jin Seon-kyu and Yoo Hae-jin Regarded as the first Korean space blockbuster, it was released on Netflix on February 5, 2021.
Now imagine a film that is the best Cowboy Bebop influenced live action movie that wasn’t Bebop and  then imagine that same film having cleaner effects than Battlestar Galactica and Guardians of the Galaxy (yes I said it). This movie is gorgeous to look at and takes its time to build a world that is believable and lived-in. Space Sweepers is awesome.

Basically, the story is set in the distant future where earth is devastated by pollution and climate change. Much of humanity still lives on Terra while the rest of humanity, mostly the wealthy, have gone off world to colonize the solar system on orbiting colonies and floating commercial districts. The documented citizens live much like we do in social castes and undocumented individuals have to scrap just to get by. Take into consideration the physics of space and the dangers of floating debris and decommissioned satellites floating around with the potential of destroying hubs of civilizations, colonies and even the earth itself. That is where the Space Sweepers come in; a bunch of freelance scrappers that compete to rescue runaway debris before they can become a danger. They compete with each other to salvage and scrap all the junk at orbital junkyards for cash.
This dangerous competition is our introduction to the main cast of hooligans, who after a heated back-n-forth with other sweepers discover that they have saved more than what they bargained for and become entangled in a conspiracy that will determine the future of humanity. It’s so friggin’ anime.

What the story may be lacking is well compensated with character development and inter-personal relationships. No one is two dimensional or made out of papier-mâché. These are working class stiffs and not the plot-armored super protagonists of today’s cinema. They are a close crew of outsiders that each have motivations and flaws and express unexpected moments of family and humanity that is endearing. Loved it.

ICE PIRATES +Cowboy Bebop+ Outlaw Star and Red Dwarf is the Best way to put this film in its right place. Well worth the viewing time.
Runtime : 136 minutes.

The film debuted at No. 1 on Netflix in at least 16 countries including France, Malaysia, Croatia, South Korea and the Philippines. On the review aggregation website Rotten Tomatoes, the film holds an approval rating of 72% based on 25 reviews, with an average rating of 6.7/10.  On Metacritic, it has a weighted average score of 64 out of 100, based on reviews from 4 critics, indicating “generally favorable reviews”.

Still available for streaming on NETFLIX..

Go Check it out, space cowboys. Stay cool, stay safe and always keep your finger on that blasted REWIND button.