In recent years, I’ve seen a small backlash against the character Ferris Bueller. One sometimes hears the trite, overused buzzwords such as “out-of-touch,” “entitled,” and “privileged." I remonstrate against this dismissive characterization of one of the most potent symbols of youthful exuberance and freedom. Both

In recent years, I’ve seen a small backlash against the character Ferris Bueller. One sometimes hears the trite, overused buzzwords such as “out-of-touch,” “entitled,” and “privileged.” I remonstrate against this dismissive characterization of one of the most potent symbols of youthful exuberance and freedom. Both Ferris and the film of his name, Ferris Bueller’s Day Off, have depth.

John Hughes was at his popularity’s apex when he wrote and directed this 1986 teen comedy. Most of his teen-centered work focuses on the angst and anxiety of modern youth life. This film focuses primarily on the free-spirited joy one has before adult responsibilities encroach. That doesn’t mean this is just some vacuous self-centered expression. Through the day’s journey, from suburb to Chicago and back, the characters either affirm or reconfirm their self-actualization. 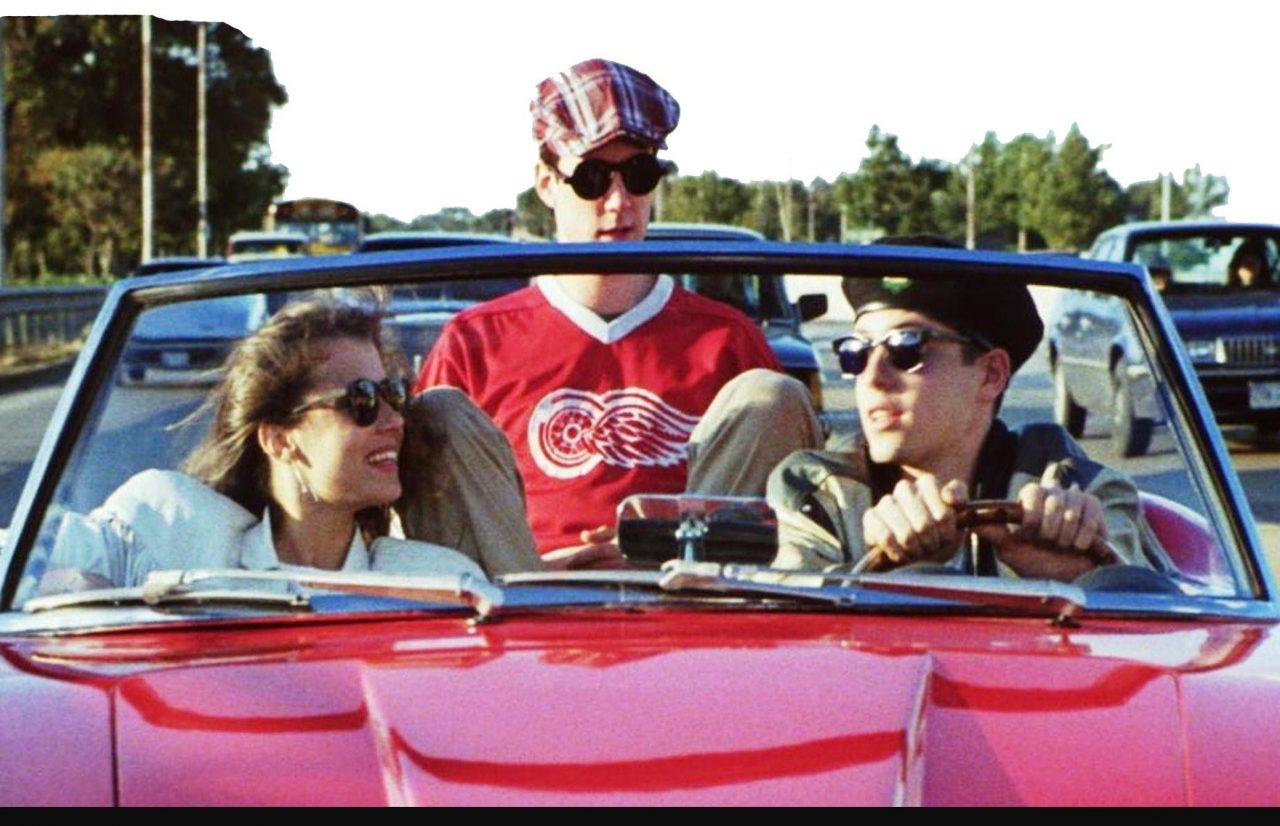 We’re introduced to the lovable scamp Ferris (Matthew Broderick) as he feigns illness to skip school. He drags along his nervous and slightly neurotic best friend Cameron (Alan Ruck) and entices his devoted girlfriend Sloane (Mia Sara). Fooling Dean Ed Rooney (Jeffrey Jones), they journey to see the best of mid-eighties Chicago. This includes the Sears Tower, The Exchange, the Chicago Cubs, the Art Institute, and a thrilling parade that seems to unites all in downtown Chicago. Will Ferris make it home before his parents return from work, keeping his “playing hooky” secret? You’d have to see the end to find out. However, since the film is generally a romp, you can guess easily how’s it’s going to end.

As mentioned above, some like to be too critical of Ferris. He’s ego-driven. He seems to always get what he wants. It’s like he’s able to scam his way through life. I don’t believe that Hughes was suggesting that his specific actions were worthy of imitation. I also don’t think Ferris was acting in singular selfishness.  The charm of Broderick lets the audience know that Ferris is not malicious. It’s his love of life that leads him past where thought may have halted. His antics allow his friends to enjoy a day off from the humdrum monotony of the classroom. In a way, Ferris is more of a force that causes those around him, Cameron, Sloane, Rooney, and his put-upon sister Jeanie, realize the truth about themselves. 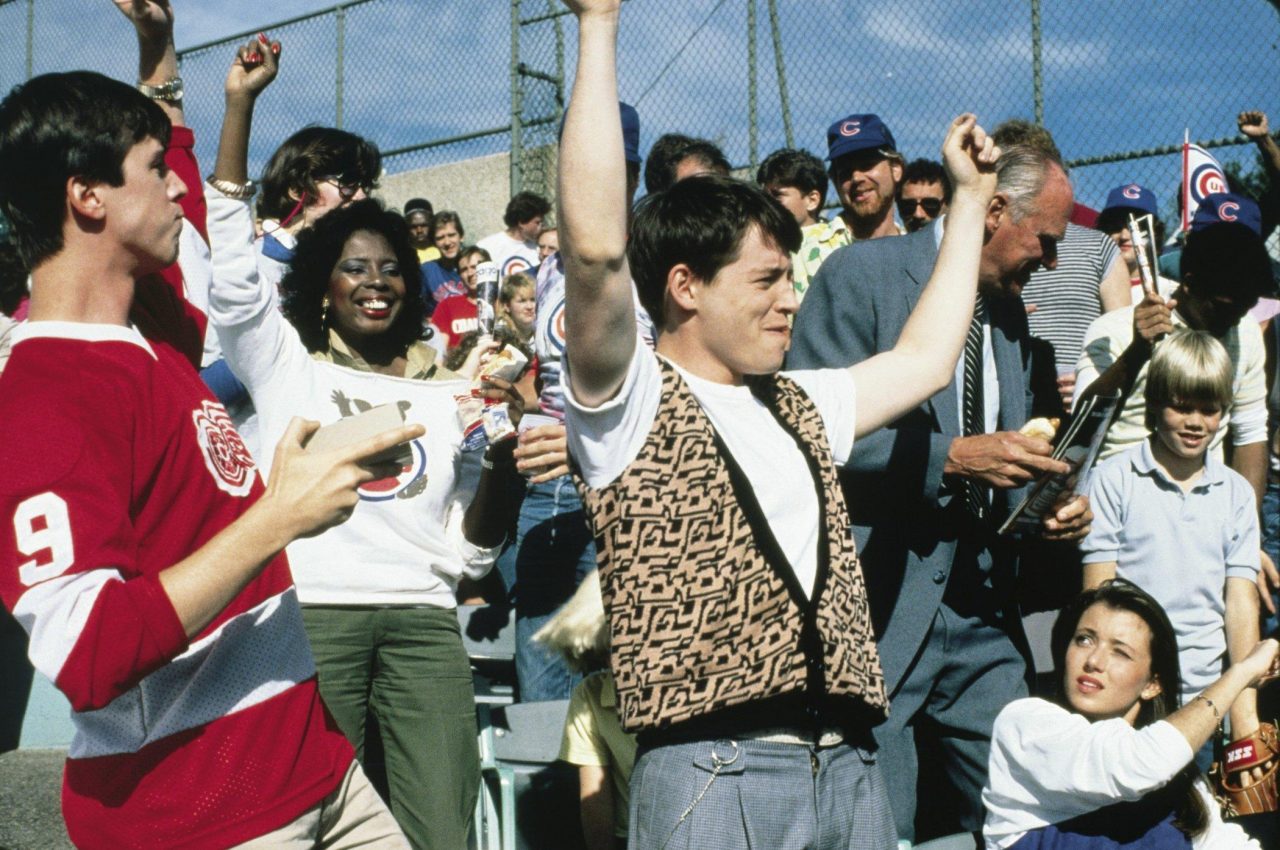 This brings us to the character that the audience most likely identifies with: Cameron. This is because the average person is not likely to disengage from a daily routine without a push. Most of us need an external source to help move us out of our comfort zones. And as with Cameron and his relationship with his father, a person may have legitimate reasons preventing emotional growth. This is why Cameron has a cheering moment when he takes a stand for his own identity against the presence of a father whose emotional absence has harmed the son.

What caught my attention, outside of character development, is the relationship with technology. Even though it’s an eighties film, a decade where tech exploded, one doesn’t think that technology would have a significant role in a non-science fiction picture. Outside of Weird Science, it’s the most prominent in this Hughes’s work. Ferris uses eighties’ staples such as the synthesizer, the phone voice modulator, and the early PC. Through these, he’s able to feign his illness and facilitate the retrieval of his girlfriend. These devices continue to help by “pulling the wool over the eyes” of those that could stop him.

There are two interesting aspects of the technology use. The first is that though Ferris is technically astute, the film doesn’t portray him as a nerd. This is something unheard of in media of the time. The second is that Ferris is controlling the technology, not vice versa. He uses the tech in accord with his motto: “Life moves pretty fast. If you don’t stop and look around once in a while, you could miss it.” Ferris, Cameron, and Sloane enjoy each other’s company and the various sights and experience. Technology is just a means to get them there. How refreshing!

Carefully watch the Art Institute visit, parade celebration, and final scene between Cameron and Ferris. There are themes of the power of art, how music and traditions can unite people across varied backgrounds, and the priority of friends and family over material things. Ferris intermittently breaks the fourth wall to provide commentary. Through this, Hughes invites the viewer to join the physical and emotional journey. I admit that I never stop getting a feeling of melancholy and wonder during the museum visit scene. The Dream Academy’s cover of “Please, Please, Please Let Me Get What I Want” further highlights the emotions and satisfies.

Ferris Bueller’s Day Off represents both the national and the universal at its best. Ferris’s trip across the Chicago area shows snippets of what makes the USA the USA. This is in contrast to the purposely dull classroom scenes. The institutions, traditions, places, and people are not something dead within a textbook. They are living in the present, and something not be overlooked. However, the film has universal appeal as well, as the search for freedom can be a human ideal. Ultimately, these can be serious topics. Hughes is able give his thoughts, as always, with a smile. 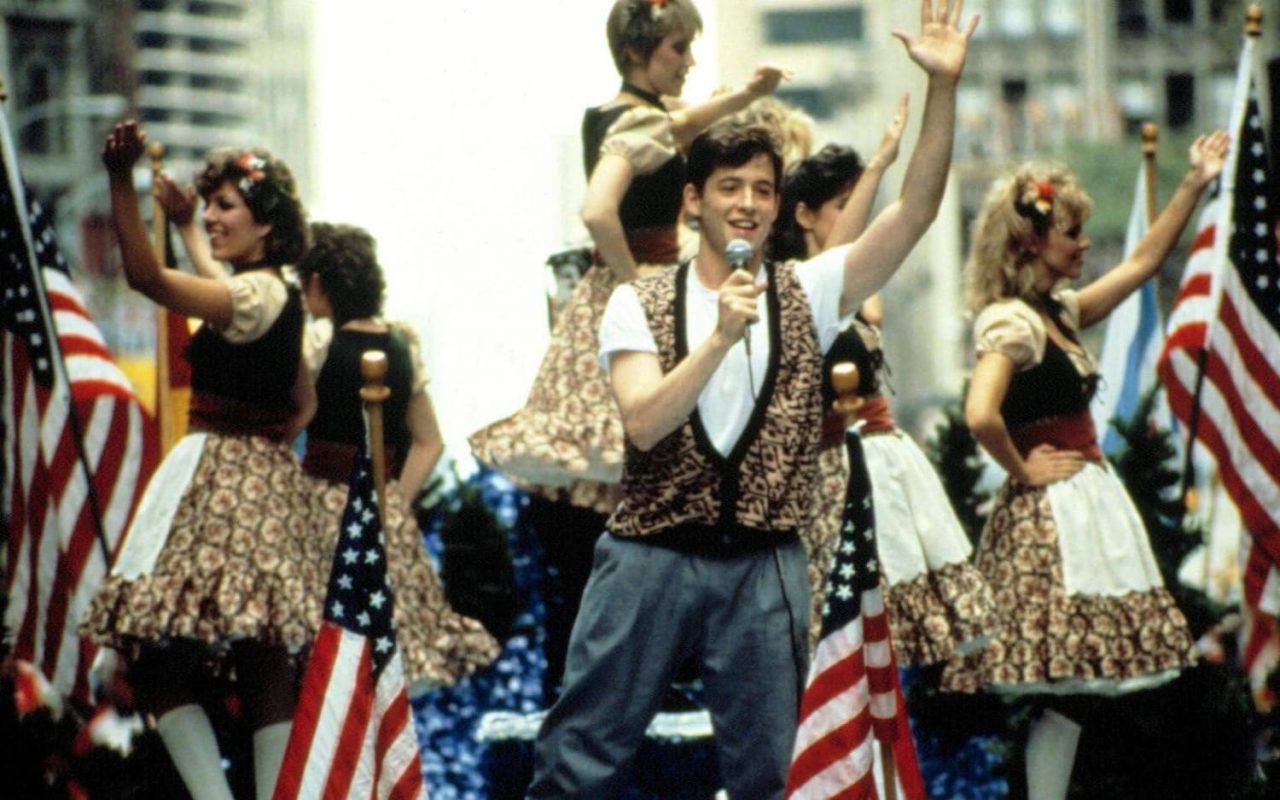