Well if you're reading this - you survived 2020. Congratulations. 2021 is finally here and it's gonna be a circus. Now in my opinion, movie theaters are "done" indefinitely until further notice and streaming will be the future. I understand Hollyweird doesn't see it this

Congratulations. 2021 is finally here and it’s gonna be a circus.
Now in my opinion, movie theaters are “done” indefinitely until further notice and streaming will be the future. I understand Hollyweird doesn’t see it this way… because, they(studio execs, producers and some directors and actors) are overfed pigs who are detached from normal life and the perspectives of average people. So, let the piggy’s whine, bitch and moan.
Here is the small list of Retro themed films that are worth of being on a years end list from Me.
In no particular order.

Color Out of Space: 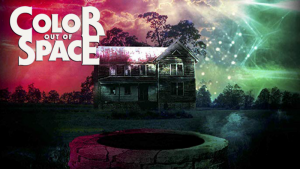 The Richard Stanley adaptation to a story by the infamous and visionary H.P.Lovecraft. Color Out of Space is a surreal and unnerving horror film that is as far away and so much better than the sludge and shit that big studios and more specifically Blumhouse has produced in years. A well made and beautifully photographed film that brings you back to the days of creepy/disturbing horror rather than the, shoved down your throat, hot-topic, horror junk food and jump scares of commercial cinema (Ha! remember movie theaters? seems like a long time ago). Nic Cage churns out an over the top performance that is second, in recent years, to his performance in MANDY .. This is Richard Stanley’s coming out party and a wonderful return to form for the director after walking away from the industry after Hollyweird sabotaged and mutilated his adaptation to The Island of Dr. Moreau. 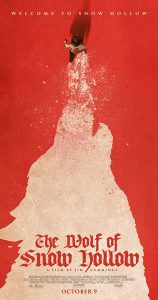 Directed by and starring Jim Cummings. It also stars Riki Lindhome, Chloe East, and Jimmy Tatro, as well as Robert Forster in his final film role. A fresh werewolf story set in a small town in Utah terrorized by one of these supernatural creatures. A funny and entertaining film and the final performance by Robert Forster (Jackie Brown, Delta Force). 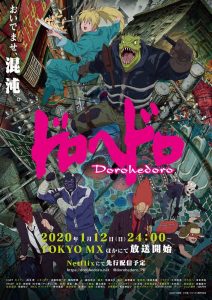 Are you noticing a trend here? Yes. I was quarantined a lot during Covid and lucky for me I had 5G and Netflix. Dorohedoro was something I discovered on instagram, if you must know. A short clip of the weirdest shit I’ve ever seen. If it weren’t for the slight computer animations on illustrations, I would’ve thought this was an anime from a decade ago that I somehow missed on my radar.
Based on a manga by Q Hayashida – this a genreblending masterpiece of cyberpunk, fantasy, body-horror, comedy and visceral action. If you like gyoza, hot blondes, assertive women with muscles, lizards, wizards, witches, knives, alternate dimensions and bizarre shit, YOU SHOULD WATCH THIS. 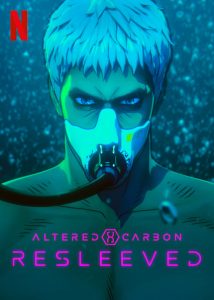 Cyberpunk 2077 may or may not have left a bad taste in your usb ports but, CYBERPUNK is back.
Altered Carbon was a popular NETFLIX series that had a strong first season and a polarizing second season ultimately leading to the series cancellation by streaming site. Sad, I know. But, they did drop an anime / prequel  in 2020 that was a monster of cg-anime. So friggin good. Everything is here, corporate crime bosses, cybernetic thugs, neon future landscapes and questions of identity and tradition. Resleeved is still on Netflix and worth your attention. 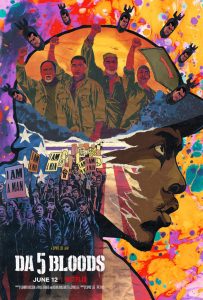 Spike Lee managed to squeeze something interesting here. A poignant depiction of the Vietnam experience from a point of view that isn’t often seen on the screen. Carried by a wonderful ensemble cast with a stand out and award worthy performance by Delroy Lindo. I was not a fan of the previous couple of films by Lee. But, Bloods was such a nice and welcomed effort by its production and all involved.
Still available of Netflix. 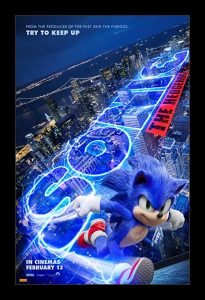 I honestly didn’t want to watch this. I avoided it at all costs. I told people not to bring it up in conversation because, I didn’t care enough. However, I was in my local FRY’s and I saw it was on sale in the DVD shelf and said, “Fuck it” and purchased it for my girlfriend.
Boy was I surprised. I did not expect to like this at all. I actually liked it. The big grumpy old bastard in me liked this. The effects were good but, the humor and story was good enough to really entertain me. Jim Carrey is awesome in this. It is one of those movies that kids can enjoy along side adults during a family night in front of the television. I hope there is a sequel and the ending of this film sure as shit leaves the door open for a part 2; and when that film premiers online or for streaming, I’m there to watch it.

Once again – there will be some errors in the paragraphs above. And once -again IDGAF, I’ll correct what I can. It’s four in the morning in Covid country.

Stay SAFE. Stay Secored. Save your money. If you got that cheap ass six hundred dollars from the government – bury it. Stay cool and keeep your fingers on that REWIND BUTTON. 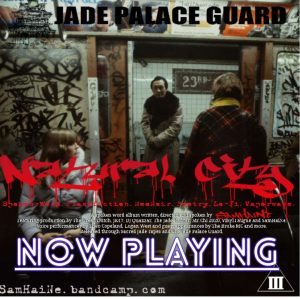