Lovecraft Country was a very nice surprise this year. A very dark and imaginative series taking place during the Jim Crow era of America's complicated history, lead by a very talented Black cast and the right mix of horror, gore, suspense, and character drama that is

Lovecraft Country was a very nice surprise this year.

A very dark and imaginative series taking place during the Jim Crow era of America’s complicated history, lead by a very talented Black cast and the right mix of horror, gore, suspense, and character drama that is very fun and entertaining without hammering any agenda into your head. If you haven’t watched this series, I highly recommend you to watch it; especially members of the diaspora that are interested in developed original characters of color instead of the vapid pandering to people of color by Hollywierd looking to bait and switch audiences with black actors playing originally white characters. LOVECRAFT COUNTRY is amazing especially in its first four episodes.

That being said- I will recommend two TV series and two films that fall into the same pocket as Lovecraft Country. I was immediately reminded of these titles while watching the first four episodes and I know yous all will love them as well, if you can find them online or at any local business that sells dvds, blue-rays and the like. 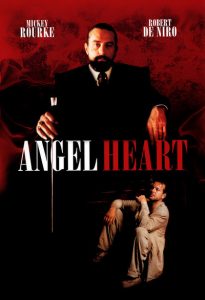 The neo-noir horror thriller directed by Alan Parker (The Wall) and based on the novel ‘FALLING ANGEL’ was released in theaters in 1987, starring Mickey Rourke and Robert DeNiro. And followed a private investigator hired by a mysterious client to look for a missing singer during post WWII America. Mixing classic themes of Satanism and Mysticism with elements of Voodoo (which is mostly benevolent) and filmed in NYC and New Orleans. My first recommendation for anyone looking for more of the same vibe similar to Lovecraft Country but more nihilistic with that Noir punctuation of “Everyone is fucked”. 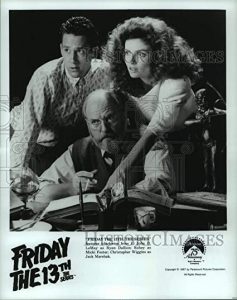 The adventures of Micki & Ryan and Jack Marshak as they hunt for cursed items and safely store them in the safe/vault of their antique shop. The series although only related to the movie franchise by name only was a really fun series to watch on NYC channel 11 back in the late 80’s when primetime television was fun and ahead of its time. This was way before the X-Files aired on FOX and can be seen as a precursor to that show; the only major difference being Friday the 13th’s overall storyline was more coherent and not just a bunch of random events around a horror anthology. 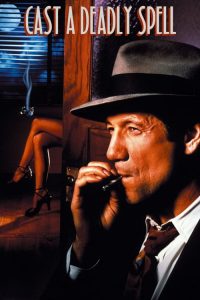 A hard boiled detective story inspired by HP LOVECRACT’s Old Ones mythos and the Necronomicon starring Fred Ward, Julianne Moore, Clancy Brown and David Warner and produced by Gale Anne Hurd (Aliens, The Terminator). Originally aired on HBO in 1991 and was so likeable with its movie quality practical effects and story when it premiered(to a young 9yr old me). I still think of it fondly and will re-watch it whenever I feel the urge. A very good blend of all the elements with an EMMY award wining song featured in the film by Curt Sobel.
Cast a Deadly Spell starred Fred Ward as Harry Philip Lovecraft a hard-lined sleuth living in a fictitious Lost Angeles where the citizens not only are aware of Magick but use it in their mundane/ordinary lives… Everyone except Private Detective H.P.LOVECRAFT.
Playing somewhere on YOUTUBE, go find it. 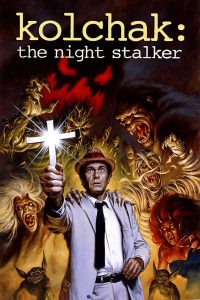 You can’t mention Friday the 13th and X-files in the same article without mentioning the grandfather of both series, Kolchek.

The series followed wire service reporter Carl Kolchak (Darren McGavin) who investigates mysterious crimes with unlikely causes, particularly those involving the supernatural or science fiction, including fantastic creatures. The series was preceded by the two television movies, The Night Stalker (1972) and The Night Strangler (1973). Although the series lasted only a single season, it rapidly achieved cult status and has remained very popular in syndication.

Those are my recommendations folks. Now go and watch LOVECRAFT COUNTRY now playing on HBO and HBOmax.
Stay safe out there. COVID, the goons, the government and the aimless dregs are all out in the night where the wolves once fed. Before the bland and the blahzay blah had their say.
Stay safe out there. Stay cool. Keep your head up. Talk hard. and always keep your finger on that REWIND button.
– SamHaiNe