Dan Terminus is set to release his sixth studio album, the intense cyberpunk triumph, “Last Call For All Passengers” - out tomorrow via Blood Music! (Check it out Here!) We had the fantastic privilege of a deep-dive interview with Dan Terminus ahead of the release of “Last

Dan Terminus is set to release his sixth studio album, the intense cyberpunk triumph, “Last Call For All Passengers” – out tomorrow via Blood Music! (Check it out Here!)

We had the fantastic privilege of a deep-dive interview with Dan Terminus ahead of the release of “Last Call For All Passengers” – and now we have the job of reviewing it – time to sharpen our knives and dig into this bloody album we’ve talked so much about!

Right from the top with “Oubliette,” it’s pretty clear this release is going to be strikingly different previous Dan Terminus albums. A single plucking synth builds into a cacophony of high-powered kicks reminiscent of 90’s styled drum and bass or breakbeat. But Soon the synth returns, giving texture and a melodic melancholic reprieve from the intensity.

This is a general theme we’ll hear throughout “Last Call For All Passengers” – starting a raucous fire of beats and bass – then tempering it with intricately interwoven synth leads. In spite of sounding very experimental and distorted, the hooks are incredibly solid. With the strong 90’s references the album feels familiar even on its first playthrough – and at times listens more like a dance album than a traditional cinematic cyberpunk album or a darksynth headbanger – yet the cyberpunk atmosphere remains in all its gorgeous glory.

Interestingly, “Oubliette” is nearly synonymous with the word ‘dungeon,’ and has the same origin as the French word ‘oublier,’ meaning “to forget.”

Given this album was written after an intense period of burnout where Dan left his job, crashed his car,  created and then destroyed an entire “primal” unreleased album, “Oubliette” – this sense of forgetting or perhaps climbing out of a dungeon – is the perfect metaphor for the change in direction we hear in “Last Call For All Passengers.”

But there’s more going on with this album than just breakbeats and expertly crafted discordant synth.

Tracks like “Disfigured” are reminiscent of old school industrial music. “Feral” is replete with Gesaffelstein-esque bass stabs. “Inherit” has a synth lead that just brushes up against witch house before layering in stabs in the form of 90’s record scratches – and “March” listens more like a straight up hardcore deathmetal track than anything else.

The whole package feels uniquely retro in a 90’s aspect, yet still futuristic and experimental. It’s the perfect soundtrack to high-tech lowlifes hacking into each others brains – or spraying caseless ammunition under a sky the color of a television – tuned to a dead channel. “Last Call For All Passengers” a masterpiece of what cyberpunk can be as a musical genre.

But the real genius here is that this album is so impossibly cohesive. Dan Terminus has brought together so many disparate and eclectic experimental sounds that it’s almost impossible to imagine them as a singular vision – yet still it is.

Easily one of the best albums I’ve heard all year, bravo!

Listen to Last Call For All Passengers Here!

Check out our Deep-Dive Interview with Dan Terminus Here! 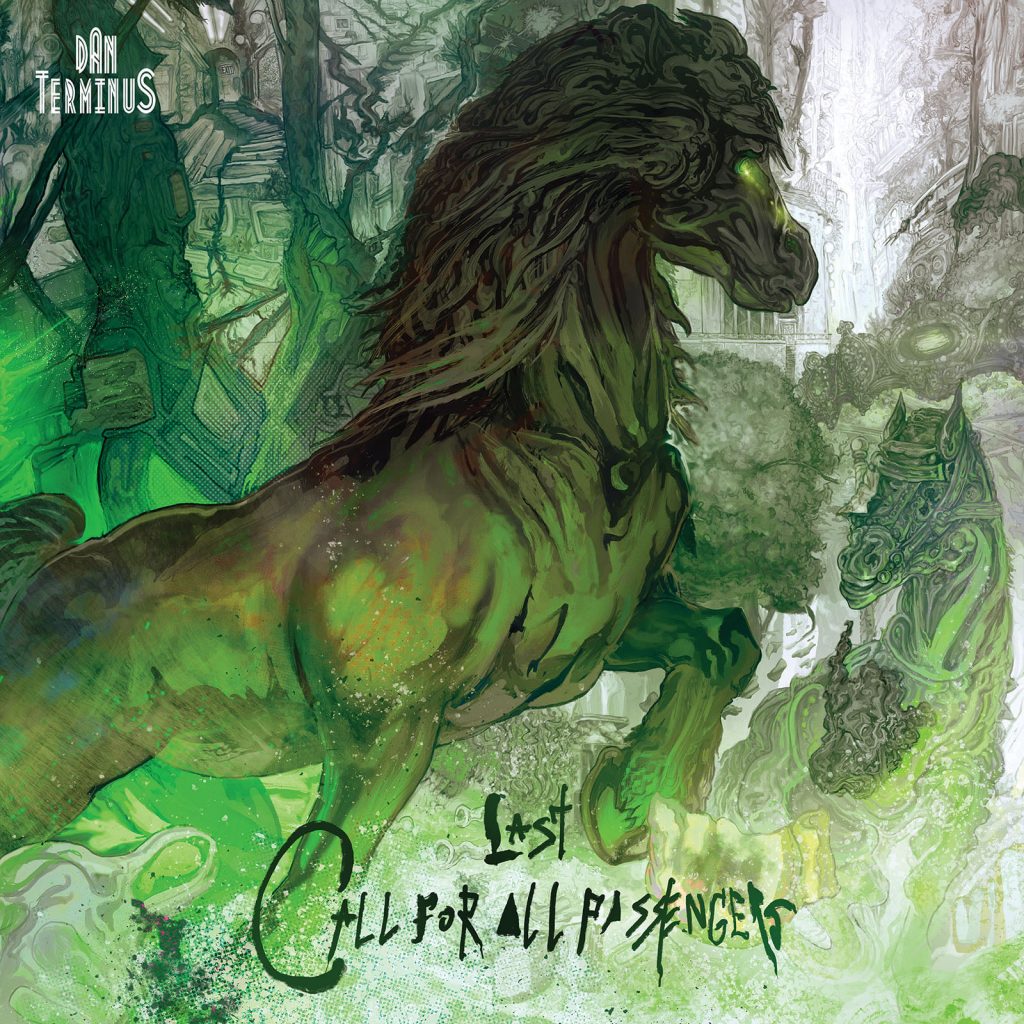