From Mother Russia Bleeds with love, Fixions embodies the unholy matrimony of retrogaming and good old-fashioned offensive, unfettered violence. The French producer released his latest album Dark Days last month and is getting ready to double up the dosage of synth distortion with his upcoming

From Mother Russia Bleeds with love, Fixions embodies the unholy matrimony of retrogaming and good old-fashioned offensive, unfettered violence. The French producer released his latest album Dark Days last month and is getting ready to double up the dosage of synth distortion with his upcoming soundtrack for Cyborg: Deadly Machine. With France still paralyzed by the Covid-19 lockdown, we called him up for a quick chat about his love for SEGA and Cyberpunk culture.

Hello there! So what piece of retro pop-culture have you brought for us today?

I went with a game that had a huge impact on my childhood, called Kid Chameleon on MegaDrive. It’s a Mario Bros 3­-like Platform game where you can pick up different outfits that give you new abilities. The game really stuck with me because of its very peculiar setting. You’ve got levels set in cities, in nature and in some downright surreal worlds. It’s pretty dreamy. The music really stuck with me as well. The MegaDrive had much dirtier sounds than the Super Nintendo. I discovered the game at a friend’s place. He’d have us try out all of his games, namely all of the MegaDrive exclusives like Streets of Rage, Sonic and Kid Chameleon. Aside from Sonic, he only had more ‘mature’ games. It was around the same time all of these Point-and-click games were around. He had it all. He also had a PC with Day of the Tentacle and other classic games. 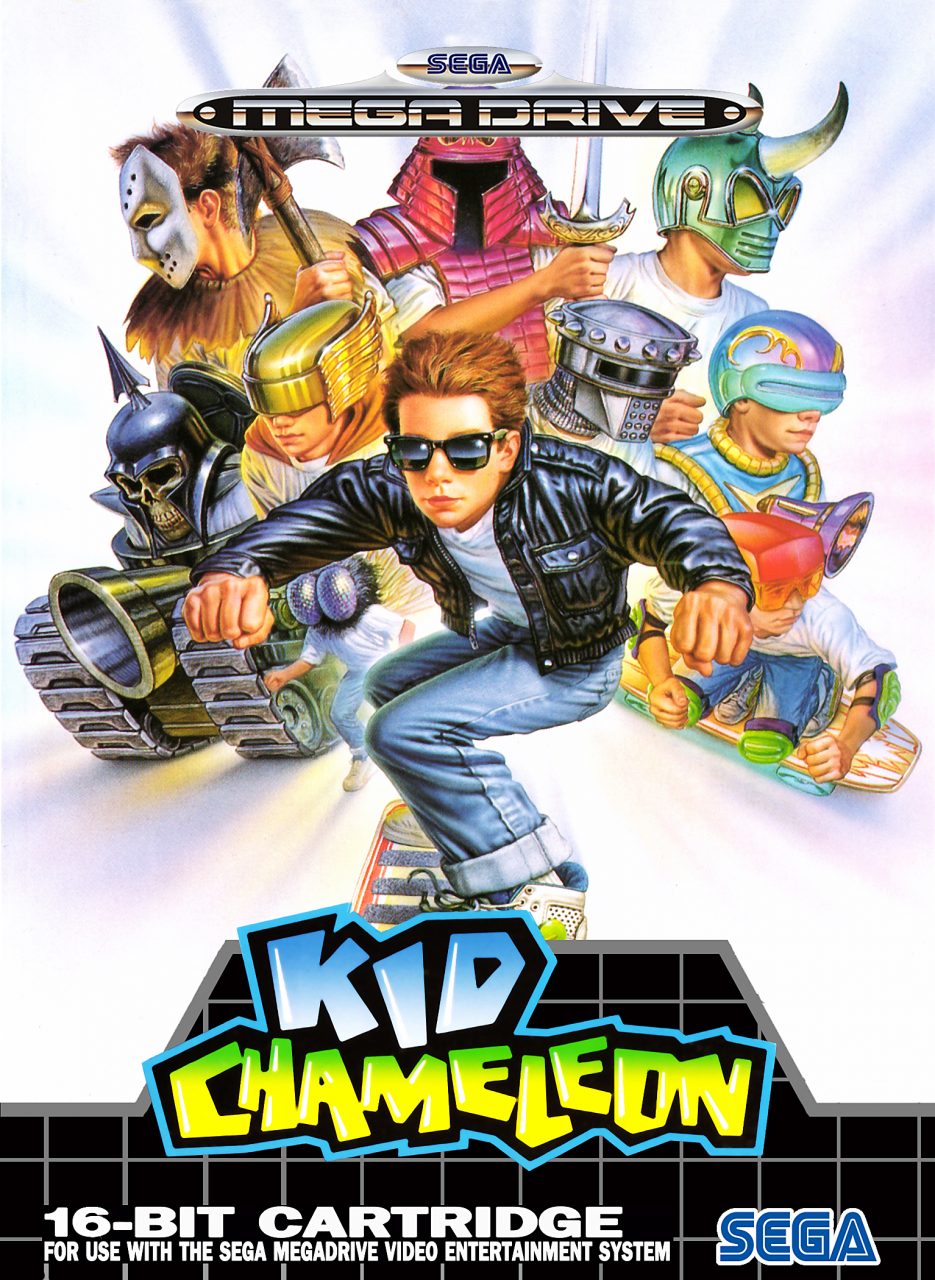 Which consoles did you grow up with?

I actually wasn’t allowed to have any. I only got to have a Game Gear because it was a handheld console, which kept the TV free for “the grown-ups”. I’ve always been into SEGA because of the Game Gear. The game aesthetics also spoke to me more when I was twelve or thirteen at the time. As teenagers, we were more into SEGA because the games were darker and more ‘mature’. I also got an Amiga later on, which might have actually had a bigger influence on me, game-wise.

Were there any games or game soundtracks that influenced you as an artist?

Definitely. All of the MegaDrive and Amiga games, basically. There were the three Streets of Rage games, absolute musical classics. There was also Shinobi II on the Game Gear that had a legendary soundtrack. Gremlins II on NES was a huge influence, too. The soundtrack was pretty distorted and the atmosphere was dark. 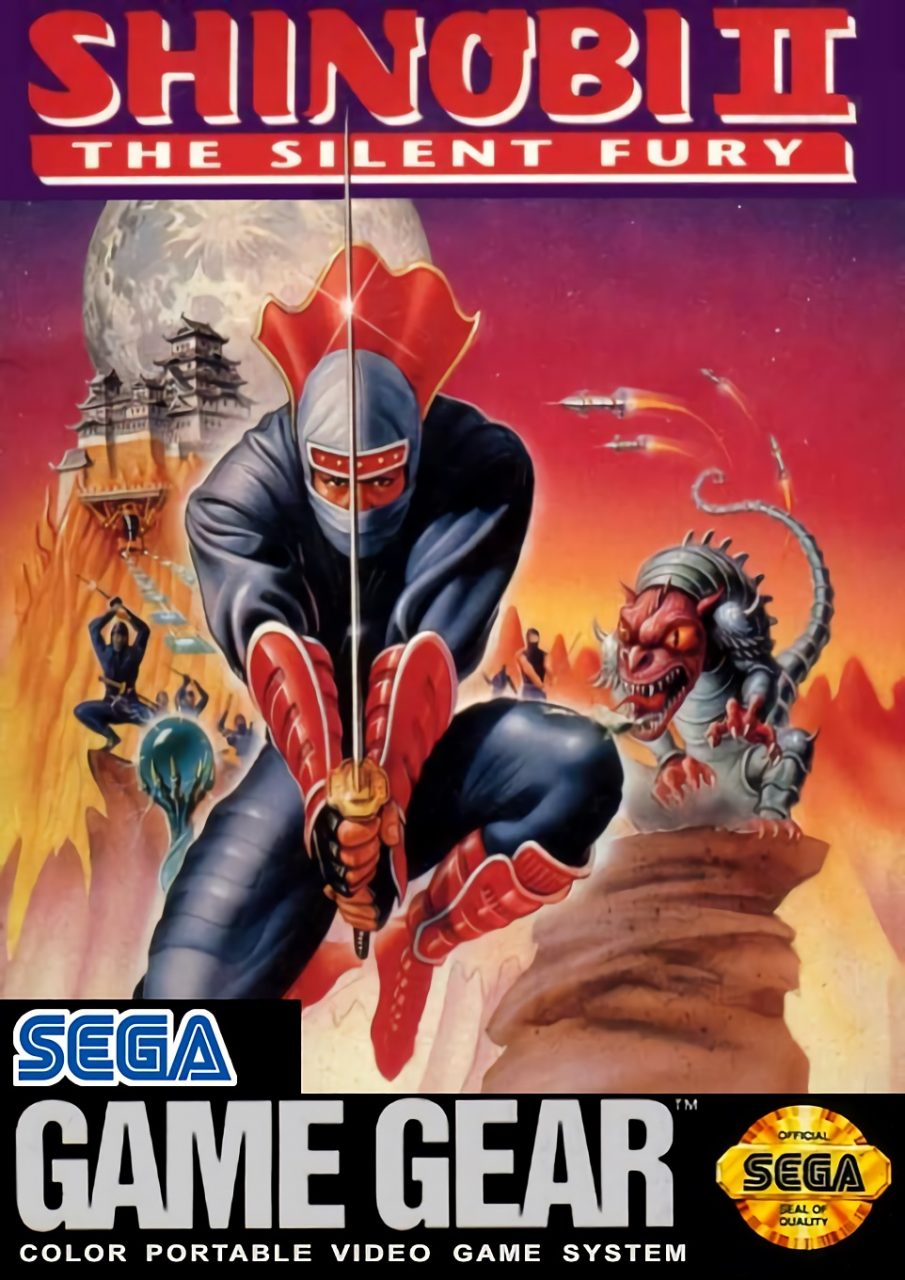 I was a teenager in the Nineties and I was raised during a time when Cyberpunk was the coolest thing. It was everywhere. It started with Blade Runner, which borrowed from Heavy Metal. We had that aesthetic in games like Deus Ex and every cool piece of media that was out there at the time. The Amiga was a really important console for Cyberpunk culture. You’d also open up magazines and see ads for games and anime that you couldn’t buy, and there were also role-playing games like Cyberpunk 2013. These were all things that were part of our visual environment as teenagers. You even had it on TV, with anime like Fist of the North Star. France always had a pretty close relationship with Japan. I believe we might have even been the first country to edit manga outside of Japan. It even dates back to the seventies, actually. We started importing Japanese shows like Message from Space: Galactic Wars. We grew up with Japanese culture because it was part of regular TV programming. It was all Japanese animation. Even French cartoons like Inspector Gadget and Ulysses 31 were animated in Japan.

Do you remember how you first came into contact with Retrowave culture?

After launching my metal project, I started getting into electronic music through a band called Fever Ray. They’re not typically affiliated with the scene, but they actually have a lot of eighties sounds. I felt like doing something stylistically similar, and when I uploaded my first tracks, I started getting comments from people telling me that my stuff was great Synthwave music. I had no idea what it meant so I looked it up, which led to me discovering the scene. It must’ve been around the second wave, around 2011 or 2012. After that, I dove right back into my old games like Blood Dragon, whose soundtrack really struck me at the time.

Interestingly, you’re the first interviewee to bring up SEGA consoles.

SEGA came up with the first consoles for “mature” audiences, actually. If you pay close attention, you’ll notice that game consoles evolved with their demographic and with each subsequent generation. At the very beginning, you had really basic games that even a three-year-old could play. By the time these kids reached the age of eight, the 8-bit consoles like the NES came along. Then you had the teenage generation that started off with the Amiga and Playstation consoles. Speaking of which, there were loads of kick-ass Cyberpunk games on the Playstation.

Didn’t the video game industry open up to new audiences, as well? Weren’t they targeted to the more ‘geeky’ demographic, back then?

Not really, there wasn’t really much of geek culture. Even back then, everyone was playing video games. Games are so diverse that they have always been somewhat universal, actually. Even in the seventies, game consoles sold in the millions. Then again, the kind of games I’m talking about were indeed for a more targeted, mature demographic.

Finishing off: do you have any news you’d like to share? How is the Cyborg: Deadly Machine soundtrack coming along?

The soundtrack is going to be some pure Fixions stuff with some more ambient elements to support the film’s atmosphere. The film’s got a really potent aura and great lore. It’s gonna have some kick-ass tracks. It’s actually coming out soon. I’m currently working on it as we speak, so my mind is completely focused on it.

Is your approach to this soundtrack any different from the way you typically approach songwriting for a standalone release?

Absolutely, it’s what I enjoy about it, too. When you’re working on a specific project, you’ve got guidelines, which always adds a little something to your music. For starters, you’ve got reference points. The movie is also a tribute filled with nods and references, so I needed to illustrate that in the music as well. We used a lot of cult references to work on the soundtrack. It helps you to return to the basics. When you’re working on a track without any guidelines, you’re free to go wherever you please, but you’ll always end up exploring your own world. Working with guidelines actually changes your approach. It’s awesome!

Any closing words? Anything more to add?

For those who might not have heard yet, my latest album Dark Days came out last month and has been doing really well. It’s great stuff and you all need to give it a listen!

Be sure to catch up with Fixions on his social media: