Happy Monday, fellow retroheads ! With Memory Lanes now entering its second week of publication, we are delighted to bring you our second guest from the land of existential dread and stinky cheese. Darkwave producer Sierra has stopped by to drop her own movie recommendation and 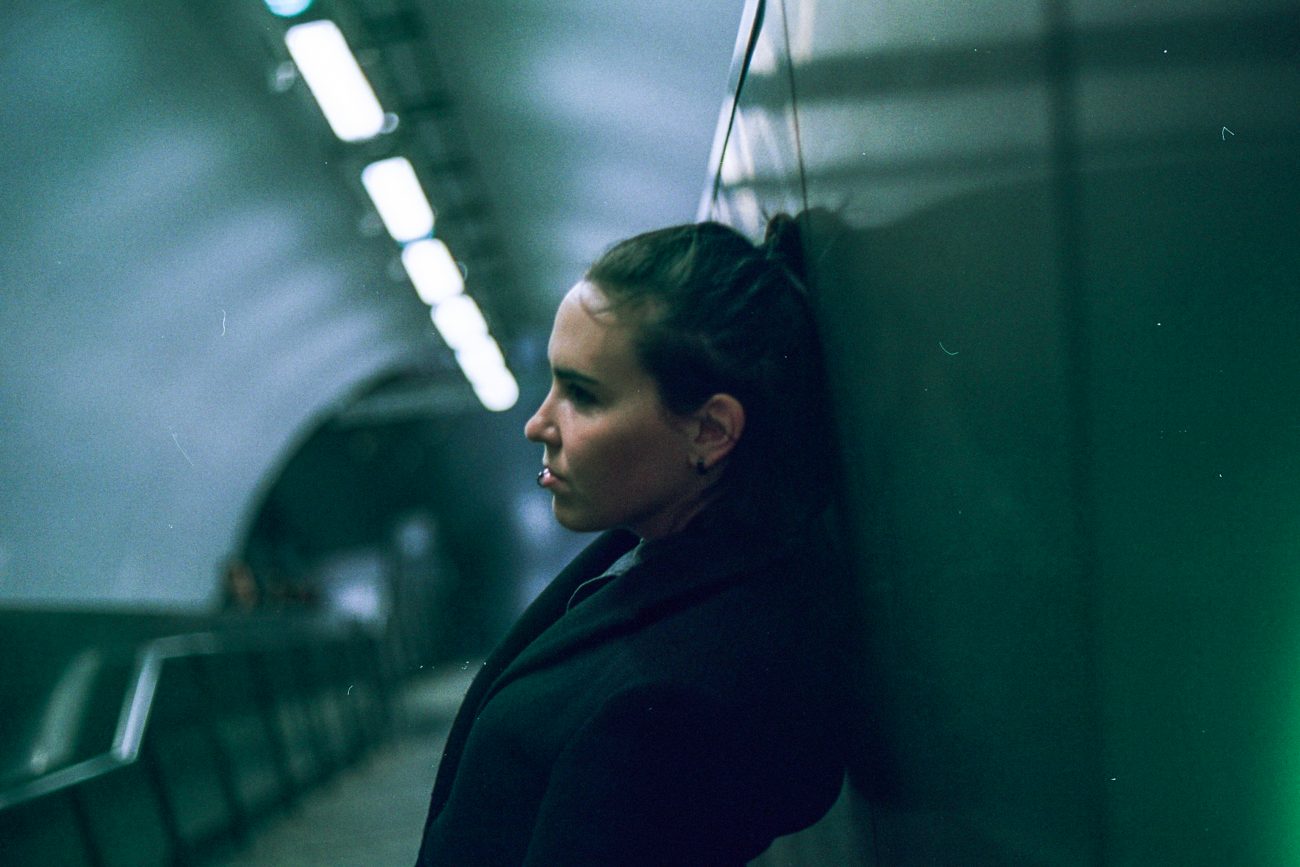 Happy Monday, fellow retroheads ! With Memory Lanes now entering its second week of publication, we are delighted to bring you our second guest from the land of existential dread and stinky cheese. Darkwave producer Sierra has stopped by to drop her own movie recommendation and tell us a little more about how her mindset and methods behind her ferocious sounds.

What’ve you got to share and recommend to your fans and readers?

I picked First Man (2018) by Damien Chazelle. It’s a film that really touched me and that actually inspired me when I was writing my second EP Gone. I feel like it was really overlooked and it slipped under the radar despite it being a big-budget movie. Most people I mention it to haven’t seen it, so I figured it this would be the right occasion to get it out there. It didn’t stay very long in theatres either, it’s a shame.

It’s a really touching movie that really focuses on emotion and character psychology as opposed to flamboyant cinematography. It illustrates fear in all of its different aspects: fear of the unknown, fear of losing a loved one… There’s this one scene revolving around the missions that preceded Apollo 11. We learn about all of the people that lost their lives before we finally made it to the moon. It’s got this really gripping scene depicting the failed Gemini 8 mission.

The music is gorgeous and really touching. Again, it’s fairly subdued compared to many other blockbuster movies. It’s got a lot of themes played on the harp, which is fairly unusual but also really ethereal and smooth-sounding. There’s also some Theremin in there too, to tie in with the more traditional sounds of space. I though it worked really well; it always comes in during really emotional scenes. It made me want to write a melody a Theremin, which is how I ended up writing the main melody for ‘She’. I originally wanted to write an ethereal, spatial-sounding track without drums. I ended up with a two-part track; the first part being the ethereal section and the second part dropping the heavier sounds. I wrote the first part a few days after watching First Man. I was filled with the movies’ sense of melancholy and nostalgia.

It also ties into your musical world of escapism and voyages into the unknown.

I like the idea of having a cinematic feel to my tracks. I’m a big fan of Sci-fi and Thrillers, so there’s naturally a bit of these two genres that bleed into my tracks. I’d love to compose a score for a thriller or sci-fi movie. That would be a dream!

Do you remember what first opened you up to these worlds?

For thrillers, I’d say all of David Fincher’s movies. I’ve been a massive fan of his for the longest time. When I was little, I’d watch loads of films that weren’t for my age, and I remember that Se7en really shocked me [laughs], it really left an impression on me. I also used to read a lot of books by Jean-Christophe Grangé, like Blood Red Rivers. My interest in thrillers gradually grew over time. 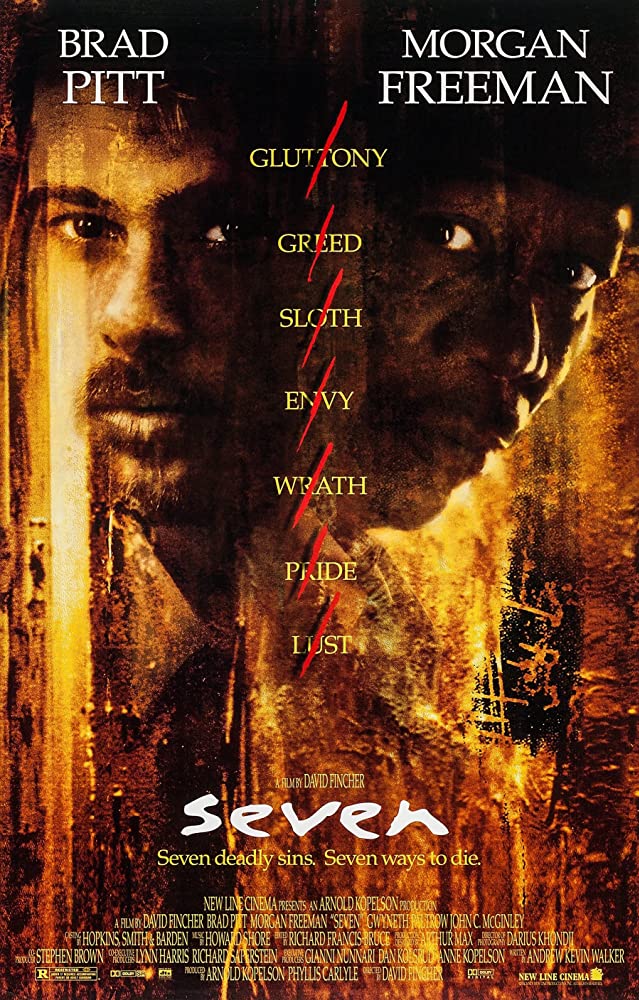 Your music is pretty dark, even hostile at times, which sets you apart from a number of artists on the Lazerdiscs Records roster, who generally showcase a more overtly ‘nostalgic’ retro sound. Does nostalgia play a role in your creative vision for Sierra? Are you more inspired by the future or the past?

I always turn to the past when I write. I struggle to label myself as ‘Synthwave’, because I don’t exactly fit the criteria, but I love the movement and its relationship to analog sound. I love grain, I love pads and Blade Runner inspired sounds. I love the strong sense of melancholy and the fact that it’s turning to the past. It takes you back to the Eighties and early Nineties. My music isn’t exactly like that, but I always write with a nostalgic mindset. It’s probably why my melodies don’t always sound so happy. Writing music is this super psychological trip where I feel the need to dive back into things.

To what extent does this sense of melancholy tie into the sounds of Synths? Having written Folk music before, did you feel a shift in your songwriting mood when moving from acoustic arrangements to electronic music?

When I was writing folk, I’d used all sorts of instruments like my guitar, ukuleles and other things, but I feel like there weren’t that many possibilities to add new elements. The cool thing about electronic music is that you can work with Synths or with samples. I love working with samples. You can create an entire world with the simplest sound you’ve dug up. The possibilities are endless and you can add tinges to your sound with the addition of the tiniest of sounds. It’s a lot harder to do this with acoustic instruments. I’d like to work more with samples on my next releases. I’ve been toying with the idea of including my mother’s voice in there, or recordings of my sister playing an instrument; sounds that will trigger flashbacks whenever you listen back.

Yes, like a memory box. I haven’t done that enough yet, but it’s something I really want to do. I’ve been doing lots of field recordings in the street and during my travels, and I’ve been using this time in quarantine to organize everything into a soundbank. The people listening to the music probably won’t even notice these things, it’s more of a personal thing.

Finishing off, have you any announcements to make or updates to share?

I’ve been working on my live shows and on quite a few remixes. I released a remix of Alex and Tokyo Rose last month, a Lazerpunk remix, and I’ve got a couple more on the way. I’ve started writing again, too. I’m not sure what it’s going to turn into, but it’s in development.

I’m not the super productive type that writes one track after the other. Whenever I dive into the songwriting process, there’s usually a month or two where I basically take inspiration from loads of different things and test new things out, like plug-ins, new synths, new samples… I basically go on a scavenger hunt for ideas. These can be sounds but I mainly work with images. I create mood boards, too. Then, I start developing loops of song ideas. I start looking at which ones I like; which ones I feel like expanding on. I write all of my songs at the same time. That’s basically where I’m at right now. I’m taking my time, no pressure.

Be sure to catch the latest on Sierra via social media: