Welcome back, loyal set of eyes. For this third expedition down memory lanes, we are honoured by the presence of our guest Mecha Maiko. known to many as Hayley Stewart, the former voice behind Dead Astronauts. Having just dropped a new music video for ‘Phones’ 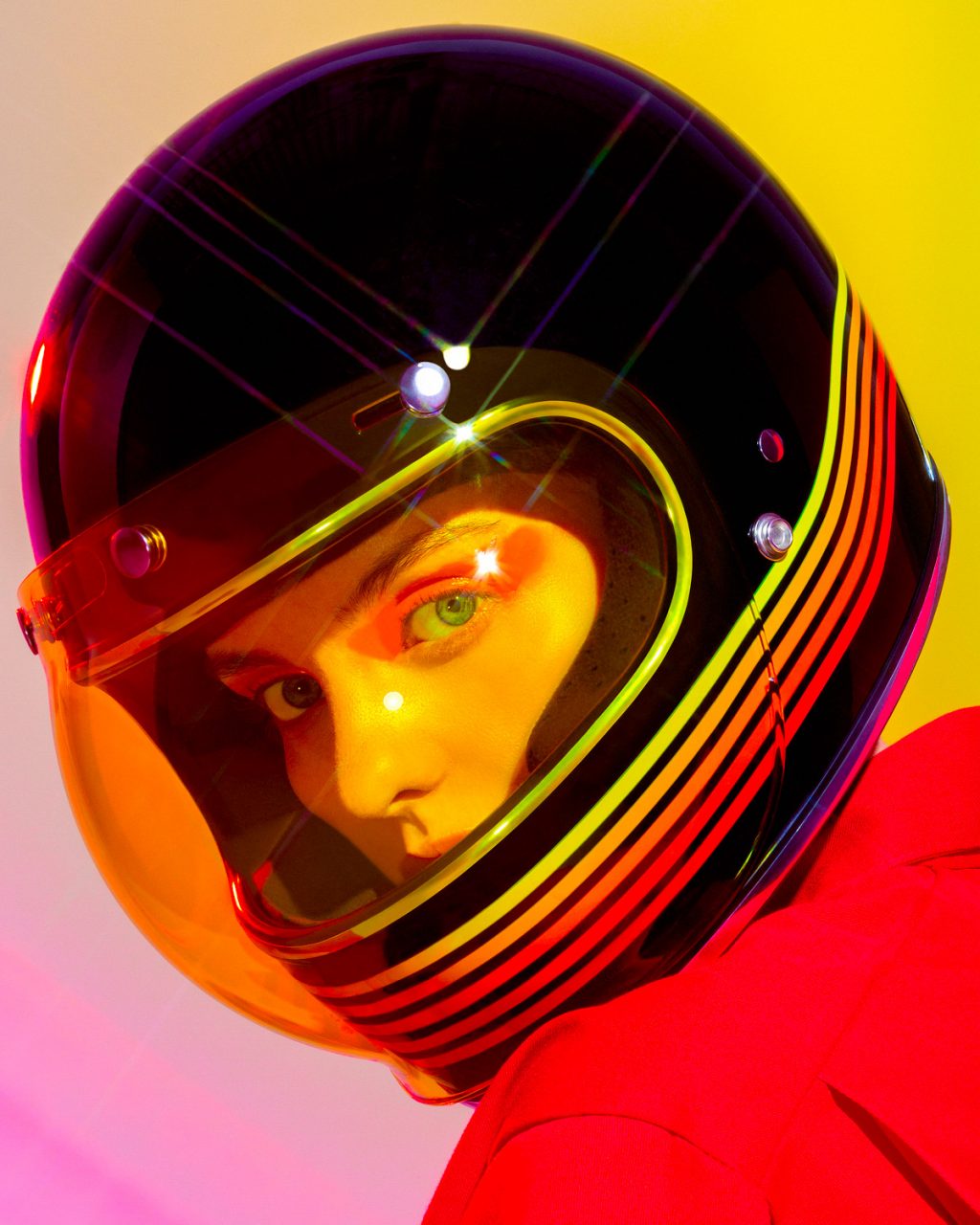 Welcome back, loyal set of eyes. For this third expedition down memory lanes, we are honoured by the presence of our guest Mecha Maiko. known to many as Hayley Stewart, the former voice behind Dead Astronauts. Having just dropped a new music video for ‘Phones’ on our Youtube channel, the Torontonian artist was kind enough to spare some time to talk about musical discovery and some defining moments that led her to the sounds of Synths.

It’s lovely to chat with you again! What’ve you got to share and recommend to your fans and readers?

The first thing that came to mind was an album that introduced me to electronic music when I was a kid. It’s weird how there’s so much to pick from, yet I immediately went to this one album. It’s Utah Saint’s self-titled album, released in 1992. When I was a kid, my dad was basically my major musical influence. My mom was also an influence, but my dad would always make me these mix CDs, and this was the first full album that I really got into. We would listen to this CD in the car whenever we had a really long drive to do.

The album is very techno and ravey, but then there’s also some downtempo songs. They were pioneers in sample-based music. You’ve got some Eurythmics, The Human League and Kate Bush samples in there. They pulled inspiration from well-known songs and turned it into something fresh and layered. They helped pave the way for a lot of music that came afterwards: artists like DJ Shadow or Fatboy Slim, Daft Punk… I’m leaving a lot out by picking this one, but I guess it’s because I’m going back to what I used to consider my guilty pleasures. I should be less guilty about these! [Laughs] I’ve been listening to a lot of early techno and getting back into this album.

So your parents were really into music as well.

Yes, but purely as fans, really. They enjoyed going through records and trying to figure out what I liked and what would stick. When I was growing up, my parents were listening to a lot of Grunge like Smashing Pumpkins and Hole, heavy nineties rock stuff. I thought that the sound of electric guitars and raspy voices were the worst thing in the world, but now I have an appreciation for it. There were artists like The Flower Pot Men and Heaven 17 that made their way onto a few CDs, and the first time I heard one of those Synthesizers, I was like “How is this sound even happening!? What is that??”. Heaven 17 has that nostalgic feel, for me. The Hawaiian Pups as well! There are some things that I grew up with that give me nostalgia, but there are also things that I’ve found along the way.

A heavy component of Retrowave is its tendency to make you feel nostalgia from music made from old-school sounds, after all. Like a number of artists in the scene, I grew up in the nineties, yet the music still hits me in that same way.

You’re totally right with that. I think the artists that got me into Synthwave were probably Com Truise and – even if they are on the fringes of that world – Washed Out and Neon Indian. Once I started to know what to look for and what I was drawn to, it was easier to dive in. I’m in the exact same boat as you: I grew up in the nineties.

Do you remember how you first got exposed to these artists you just mentioned?

That is an excellent question. I think it has a lot to do with music blogs. I can’t remember a lot of them, because a lot of them don’t exist anymore. I know Disco Dust had a lot of stuff, I would follow them religiously. I think I found a few labels that had some really great artists, too. I cast such a wide net when it comes to researching and looking for new music.

Do you remember when that was?

That was probably when I was either finishing high-school or going into my first year of college. That was ten years ago, wow! That’s when I started discovering French touch and all.

It’s funny you mention blogs, because it just comes to show how many shifts there have been in the way people discover and access new music in these last couple of decades. My first exposure to Synthwave was probably through Com Truise, who magically appeared in the ‘related videos’ section of a completely unrelated Youtube video.

The youtube algorithm is scarily good sometimes. Sometimes I’m like “Why would you think I would like this??”, and other times I am very pleasantly surprised. That’s basically what I use now, along with Discogs and Mixcloud. WFMU also has some very good shows. I find a lot of new music through that station. Their DJs are all super good at curating new music.

It’s really crazy to think about how all of the different trends in technology shape the way we consume music. I think the Blogspot era was the best, because you could simply find a blog where you trusted the writer. Once you found someone who had more or less the same taste as you, you were set! The other great way to find new music is if any artists that you follow happen to do a DJ set. Generally, they will be full of gold. Even if you find only one artist that you’re interested in, it can lead you to a lot more discoveries through Discogs and whatnot. I totally agree that moving back towards curation is great. I know that Spotify does those curated playlists, but to be completely honest, I don’t even use Spotify. I only use it to look at my artist dashboard.

So the idea of this column is to dive into what makes each artists’ personal vision and idea of retro pop-culture. Do you have any particular pockets of Eighties and Nineties pop-culture that feel especially personal and nostalgia-heavy? In terms of films, TV shows, cartoons …

Now you’ve got me thinking of The Never Ending Story and Willow! Also, although though I didn’t get to watch Bubblegum Crisis when I was growing up, that show is probably the most Synthwave anime out there. I basically grew up with and worshipped Sailor Moon as a kid, from the age of three onwards. I grew up with that and Studio Ghibli films. My artist name was not necessarily meant to reference a particular anime; I’ve just always had this anime weeaboo fascination with Japan as a kid. Nowadays I understand that there are a lot of stereotypes that can go along with that. What started it for me, though, was the street fashion they had in the nineties. Mecha Maiko is also a throwback to the time when I went to Japan when I was 13 and when we went on these tourist attractions where they dress you up as a Maiko.

Thank you so much for sharing ! Do you have any updates you’d like to share with your fans?

Obviously, with the pandemic, everything is a little bit up in the air right now. Currently I have a string of shows in the US that are currently rescheduled for August. If everything goes well, I should be playing with Betamaxx and Parallels and FM Attack. We’re going to be doing a West-Coast tour, hitting Vancouver, Seattle, Portland, San Francisco, Los Angeles, San Diego and Phoenix. That’s the plan. I also have some things scheduled in Chicago and Brooklyn, but I don’t quite know if those ones are still happening. We’re also releasing the music video for ‘Phones’. I think also am making a cameo in a music video for Michael Oakley. I don’t want to give away too much.

Be sure to follow Mecha Maiko through her social media to keep up with her latest updates and releases: