VFW (2019)   Imagine Hobo with a Shotgun with a lower budget and spliced with Assault on Precinct 19 and you’ll get VFW. A 2019 action piece distributed by Fangoria and starring a who’s who of villains from your treasured 80’s Mount Rushmore and Fred Williamson; and 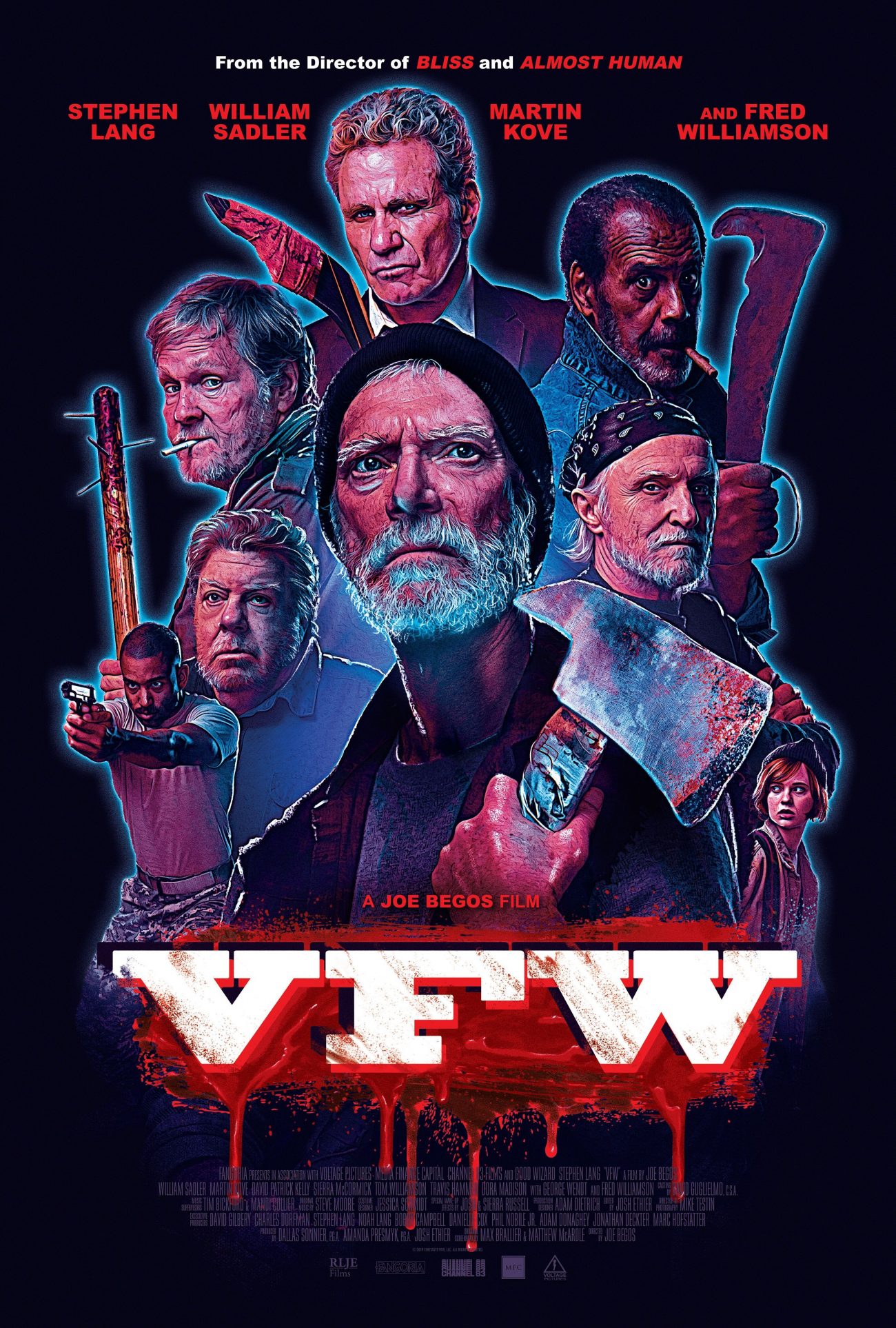 Imagine Hobo with a Shotgun with a lower budget and spliced with Assault on Precinct 19 and you’ll get VFW. A 2019 action piece distributed by Fangoria and starring a who’s who of villains from your treasured 80’s Mount Rushmore and Fred Williamson; and that guy from CHEERS.

This little gem of nostalgia I found at my local WALMART was under $20.00 in the bargain bin and I figured “What the hell”, I had to have it.

As mentioned, this movie was done on a noticeably low budget and being filmed on a limited funding of money meant that the film has to utilize the positives it has:  1. Taking advantage of dialogue between its characters, 2. Letting their ensemble cast fly and inhabit their characters, 3. Just going for it.

The premise is kind of clever, take the opioid epidemic and make something of a zombie movie out of it. The junkies are basically living zombies.  Our heroes are veterans of the Vietnam, Korean and Iraq wars, trapped inside of a VFW post after a young woman runs through its doors being chased by drug pushers and they scramble to her aid. What follows is something that a young John Carpenter would’ve dreamt up if he were a thirty year old man breaking into the industry.

Stephen Lang is constant and authentic as a weathered Vietnam veteran running a bar and celebrating his birthday with his comrades. He is stoic, intense, humorous and delivers his lines with a true blue grit in his teeth that is reminiscent of the caliber of a Clint Eastwood. Willam Sadler is the scene stealer with his performance of a man who has to deal with his present situation the best way he knows how. Fred Williamson is great as well with a character performance very similar any of his legendary roles prior in his career.  Martin Kove from Karate Kid fame plays the atypical slick talking fish out of water character that give off the vibe that at any moment he is going to sell out our heroes.

The soundtrack is reminiscent of Hobo with a Shotgun with lots of synths and low bass vibes.

The lighting is immaculate with its uses of blues, reds and greens. However, the cinematography did come up short with framing the shots with this color palette leaving a lot of scenes looking too dark or hidden in shadows.

The length of the film is not a burden; short and sweet. After binging on S. Korean movies the night before, VFW was a quick injection of fun, humor, gore, violence and good cheer and should be viewed on either  video on demand or like I did on physical media.

Definitely a WATCH IT kind of movie; Smoke’em if you got them and keep your finger on that Rewind button. 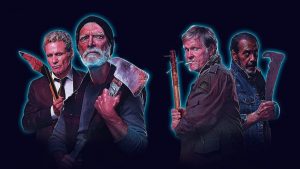