With its scintillating synth melody, high-speed night drifts and neon-lit city lights, the music video to The Weeknd’s ‘Blinding Lights’ has been turning heads over the past few weeks. Premiered on The Weeknd’s official youtube channel on January 21st of this year, the second single

With its scintillating synth melody, high-speed night drifts and neon-lit city lights, the music video to The Weeknd’s ‘Blinding Lights’ has been turning heads over the past few weeks. Premiered on The Weeknd’s official youtube channel on January 21st of this year, the second single to the Torontonian’s fourth full-length album After Hours caught many listeners off guard with its unmistakably retro visuals and sound, sparking discussions across the Synthwave blogosphere, Facebook groups and Subreddits.

Furthermore, fans of the ‘slowed + reverb’ remix pocket of youtube were surprised to find out that artist included a nod to their niche community by sampling their version of the song in the official music video (at the 2:23 mark).

Whereas some in the community were quick to praise the song as a modern Synthwave classic, others retort with a sense of scepticism, dismissing it as a ‘mainstream’ artist’s attempt to draw credibility and cash in on an internet-born subculture. After all, some scene veterans will recall the time Seapunk got fished out of the internet’s depths only to be left for dead after Rihanna’s 2012 performance of ‘Diamonds’ on SNL. 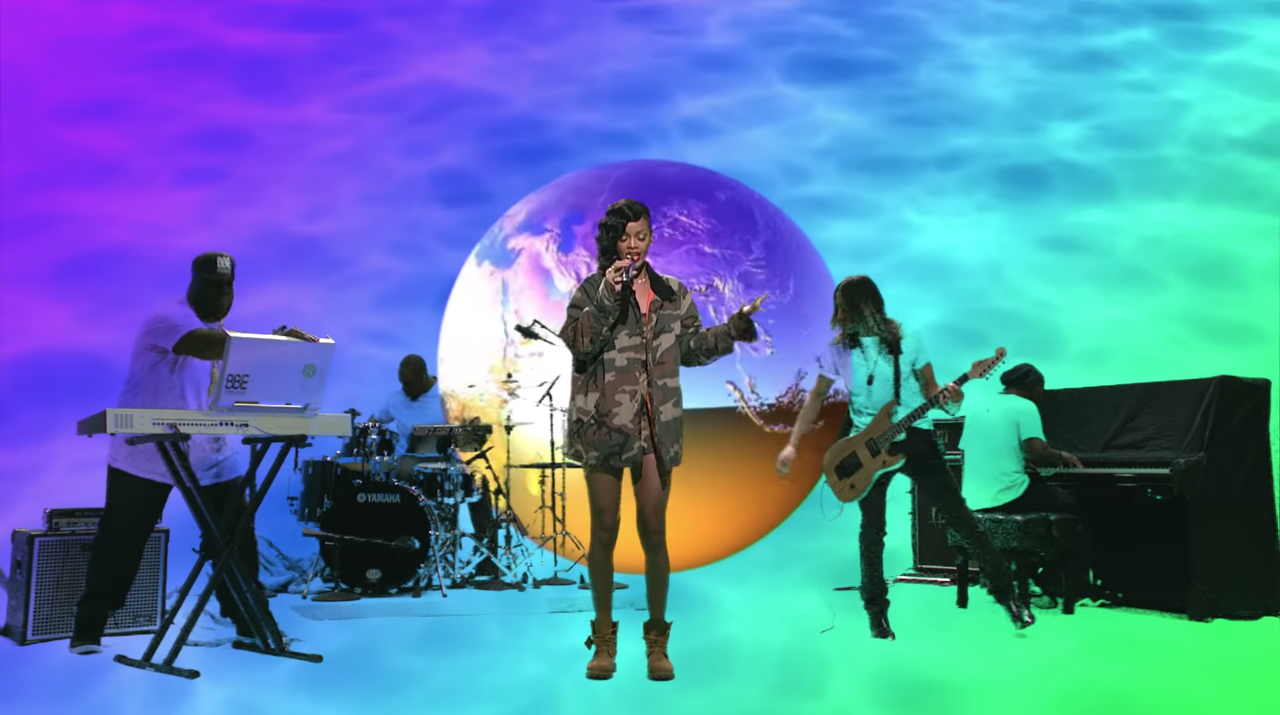 So what is this self-proclaimed singer ‘with the hair Singing ’bout poppin’ pills, fucking bitches’ doing in discussions on RetroWave? With the triumphant success of Carpenter Brut’s DIY music video for ‘Turbo Killer’, the Synthwave community has shown not only the strength of its symbols but of its dedicated fanbase spanning across all continents and age groups. To music executives searching for credibility and authenticity, such communities are goldmines waiting to be found. 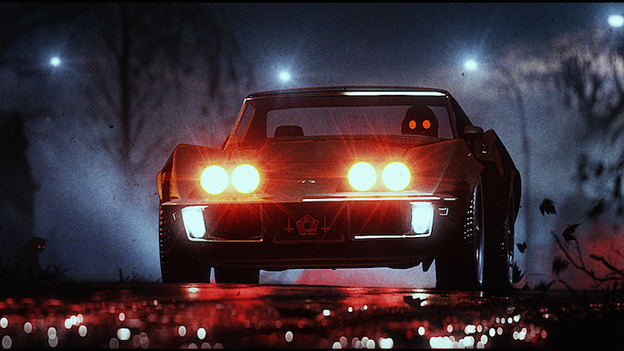 With that being said, it is important to note that Abel Tesfaye’s (aka The Weeknd) interest in 80s music and movies is nothing new. As a matter of fact, many of the the artists’ most ‘Retrowave’ retro influences can be heard in their rawest form on his 2013 debut full-length album.

Beneath its misleadingly corny title, Kissland is a dark record that balances sexy yet lethargic R&B influences and retrofuturistic soundscapes with a distinct cyberpunk vibe. Youtube teasers and rare interview snippets have confirmed that the album’s music and visuals were inspired by the likes of John Carpenter, David Cronenberg and Ridley Scott with Blade Runner being a major influence (hence the title of the album’s closer, ‘Tears in the Rain’). With its dissonant soundscapes and cold, industrial beats, Kissland is an eerie voyage into the unknown whose sense of ambition will have largely surpassed any mainstream pop record of its time. The Deluxe version of the album also includes his hugely popular remix collaboration of ‘Odd Look’ by Retrowave heavyweight Kavinsky and SebastiAn, the first in a string of collaborations with the Ed Banger records roster that will later include the likes of Gesaffelstein and none other than Daft Punk.

With his 2015 sophomore record, Beauty behind the Madness, The Weeknd makes his most decisive step towards more radio-friendly pop songs with its luscious west-coast vibes and a heightened sense of grandeur. Stylistically, Beauty Behind the Madness is a side-step away from the retro sounds of Kissland, save for a few synthpop influenced moments sprinkled throughout the record. The record’s fourth single ‘In the Night’, is an eighties power-ballad that channels Abel’s inner Michael Jackson to the sounds of pulsating basslines and old-school drum machines. With its distinct grindhouse aesthetic, the music video also marks the first collaboration between The Weeknd and Alex Lee and Kyle Wightman of BRTHR, who will further anchor this aesthetic into The Weeknd’s brand with their later collaborations on ‘The Party Monster’ and ‘Blinding Lights’.

With his third record, Starboy, The Weeknd returns to a more synth-heavy production, exploring a much smoother, dreamier side to his sound, drawing from the space-themed funk sounds of the eighties with the help of Daft Punk on ‘I Feel It Coming’ and expanding on the Afrofuturist aesthetic first shown on his 2012 music video ‘The Knowing’. With its twinkling-twinkling little synths, the record explores a wide range of stylistic mashups between vintage sounds and modern beats, hitting the sweet spot where trap hip-hop and afrofuturism unexpectedly reunite. Starboy’s third single, ‘Party Monster’ sets eerie, atmospheric sounds in motion with a modern hip-hop beat, like a trap remix of a track from the Stranger Things score. ‘Secrets’ samples and interpolates Tears for Fears’ ‘Pale Shelter’, while ‘A Lonely Night’ sees Abel pulling off his most convincing Michael Jackson pastiche yet. Though not Retrowave by any stretch of the imagination, Starboy is an unsung work of brilliance and a prime example of creative reinvention through its unique blending of vintage and new sounds. Appropriately, Abel will follow up by contributing to the soundtrack to Black Panther, Marvel’s very own Afrofuturist superhero movie.

With this background history out of the way, we are now left with this latest instalment in the Weeknd discography: After Hours. Obviously, those expecting for a chart-topping Retrowave classic will come away disappointed. If anything, After Hours is set in the natural continuity of Abel’s musical journey. As with Kissland and Starboy, After Hours’s blending of retro sounds settles on the fringes of what one would typically classify as ‘Retrowave’. The Blade Runner influences of Kissland make a comeback on the album’s opener ‘Alone Again’, as do the nostalgia-drenched Analog synth melodies à-la-Stranger Things on ‘Hardest to Love’ and ‘Faith’. The first half of the album sees Abel revisiting some of the drugged-up lethargic sounds of his early releases, resulting in some more modern-sounding tracks such as ‘Too Late’,‘Escape from L.A.’ and ‘Snowchild’, whereas the second hits back with some of his most unapologetically retro cuts yet, namely ‘Blinding Lights’, ‘Save your Tears’ and ‘In your Eyes’, the record’s Michael-Jackson-meets-synthpop moment, complete with a gritty Slasher-movie music video and cathartic sax solo. ‘After Hours’ channels The Weeknd’s love for the Ed Banger sound with its dark echoing beat and distorted bassline blending the likes of old-school Gesaffelstein and Justice for an epic album finale before reaching outro, produced by none other than Vaporwave pioneer Daniel Lopatin (aka Oneohtrix Point Never).

Sadly, whereas Kissland’s Deluxe Edition unveiled the classic Odd Look remix, After Hours tacks on a couple of promising yet ultimately lacklustre efforts to branch out towards the Internet’s musical subcultures. Despite the involvement of Lopatin on a couple of album’s tracks, the Deluxe album’s ‘Vaporwave remix’ of ‘Heartless’ is but a shoddy attempt to recreate the genre’s signature aesthetic (with an unused, unnecessary Lil Uzi Vert verse stitched onto it). The Chromatics have their remix of Blinding Lights, a more honest but ultimately unremarkable bonus track that somehow only serves to make it sound bland and cheap. Oneohtrix Point Never and Paris-based duo The Blaze do provide some interesting remix tracks in their own respective styles, though nothing remarkable enough to warrant a second listen.

Overall, Abel remains in control of his craft and influences as he tackles this new chapter in his career without ever losing touch of his early alternative R&B roots. As with Kissland and Starboy, After Hours is a solid record with a lot to offer to Retrowave and Synth-pop fans with minds open towards modern pop production, complete with a mysterious cinematic universe waiting to be uncovered, layer by layer, piece by piece.