Makeup and Vanity Set’s Matthew Pusti is relentless. “Breaking News” marks Pusti’s fourth official release of the year, following film soundtracks to “Foyer,” “Mather,” and the videogame “Overpass.”  He’s also worked on other projects too this year, like the horror podcast “Radio Rental” - Which 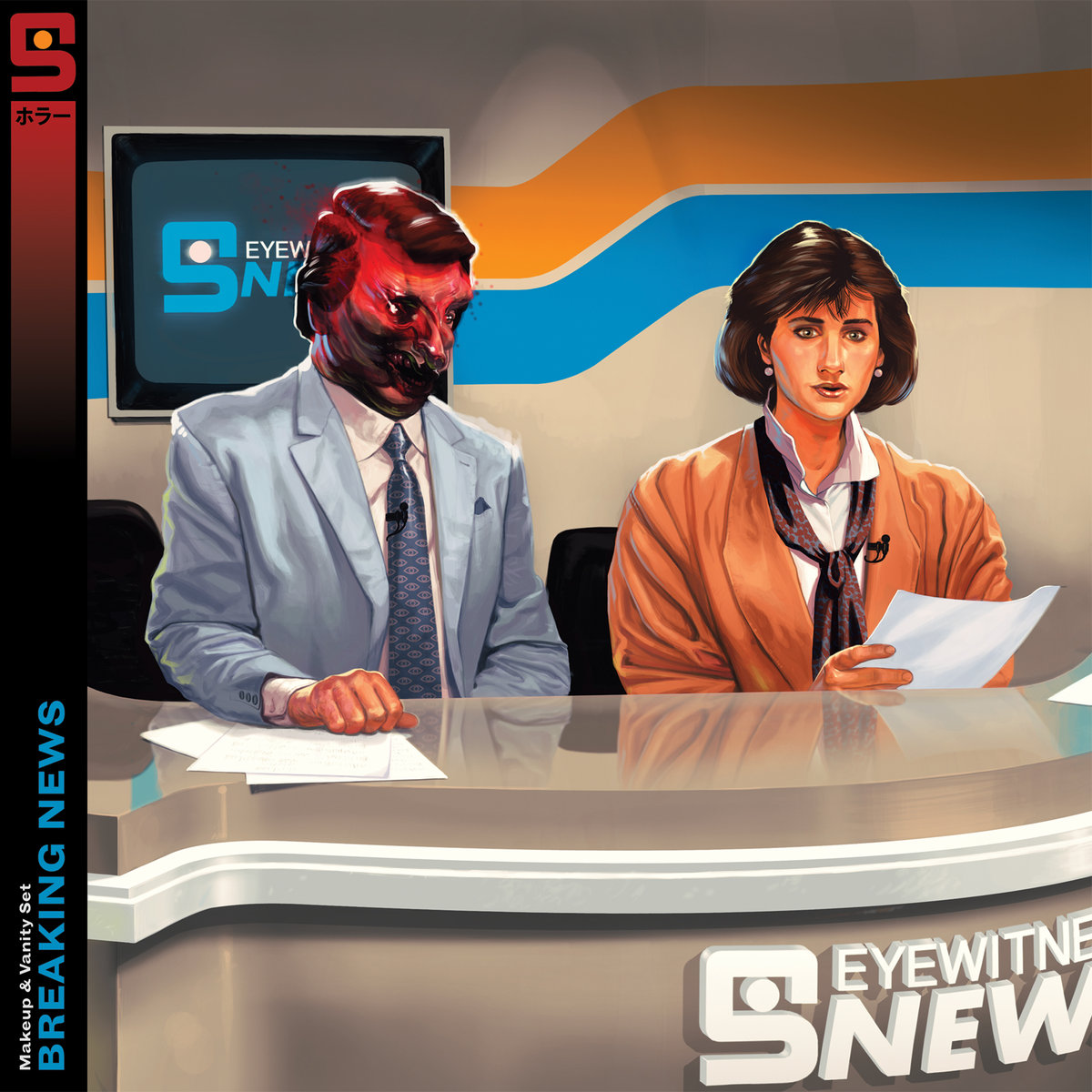 “Breaking News” marks Pusti’s fourth official release of the year, following film soundtracks to “Foyer,” “Mather,” and the videogame “Overpass.”  He’s also worked on other projects too this year, like the horror podcast “Radio Rental” – Which happens to drop today.

However, unlike those other releases, “Breaking News” is the only solo release so far of the year. It is the fourth installment in the “Charles Park” series – a set of releases that loosely follows a vigilante who seeks revenge and evades the police.

It is also the first album in a very long time to actually horrify me.

On the MAVS website splash page for the album, an expanded version of the album cover is visible – clearly showing the vigilante clasping a shotgun while looking at a “They-Live” style newscaster. A Marshall Mcluhan quote reads below. 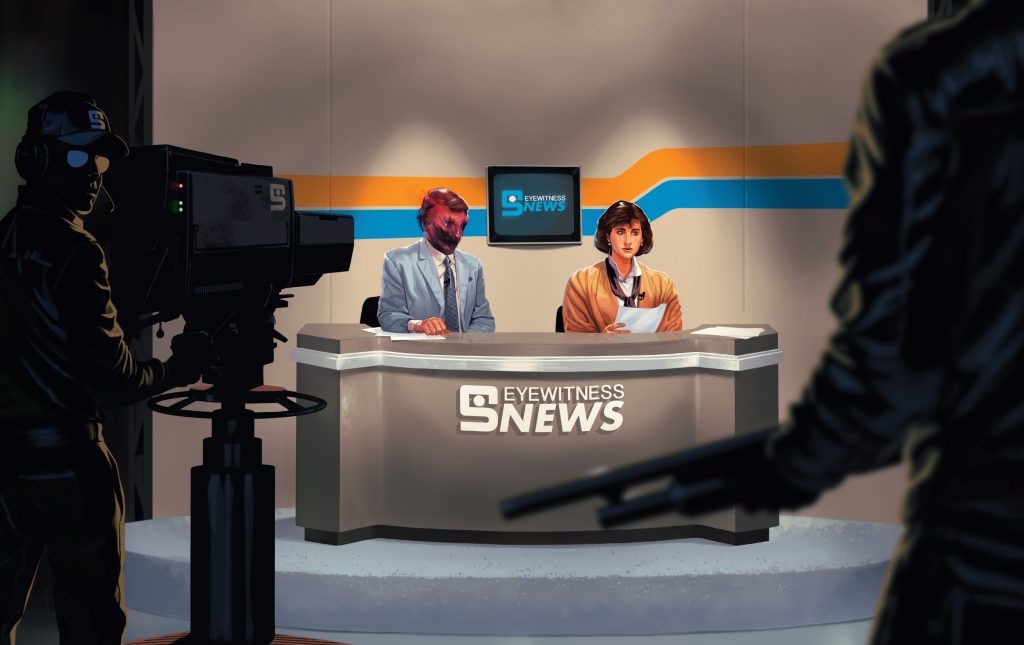 “Societies have always been shaped more by the nature of the media by which men communicate than by the content of the communication.” — Marshall McLuhan

Below that quote lies a promo video in which the vigilante loads a shotgun – a specific model of shotgun eerily similar to the 12 gauge Mossberg 500 pump-action used to brutally murder five journalists at The Capital newspaper last year.
The killer pled guilty three days ago.

Unlike many other gaudy darksynth albums filled with monsters, demons, aliens, or undead horrors – the specter of gun violence and its interplay with modern media is real.
Creeping dread fills me as I realize what Pusti is really playing at – and suddenly the expertly crafted music of “Breaking News” takes on a whole new character. The slow builds create more anxiety, and the frenetic rush of arpeggios feel more aggressive. The whole album feels more tangible.

But what is Pusti saying, exactly? We Own This Town recently interviewed Pusti on this exact topic, and, much to my relief, he explained he’s not extolling the shooter at all – though it is a processing of American Politics:

“I made the album in about a month. I liked the title Breaking News, because it’s a term that’s carved into our culture now. Shootings and politics and culture, it’s all breaking news. I also liked the idea of ‘breaking’ news. It’s inherently violent but at the same time it’s systemic at this point. Personally, I’m a pacifist. I feel like culturally we crave unrest now.

The album’s POV is the vigilante of the old albums is off the grid out of the country in Mexico. He’s a day laborer. He gets caught up with a group of rebels who want to kidnap the President. He tags along as a hired hand. The leader of the group ends up murdering the President and the vigilante is left to try to get out of the ensuing riots alive.

Personally, I find this to be the truest form of art –  not just an aesthetic expression – but an internal and authentic digestion of our real-world zeitgeist. Music can be a difficult medium to communicate with – but if you listen closely to “Breaking News,” you can almost feel the message in your bones.