The Kitchen is a 2019 film directed by Andrea Berloff and adapted from a graphic novel by Ollie Masters and Ming Doyle published through DC/Vertigo comics. Starring in this film are Melissa McCarthy, Tiffany Haddish and Elisabeth Moss. The Kitchen is a little quiet film that 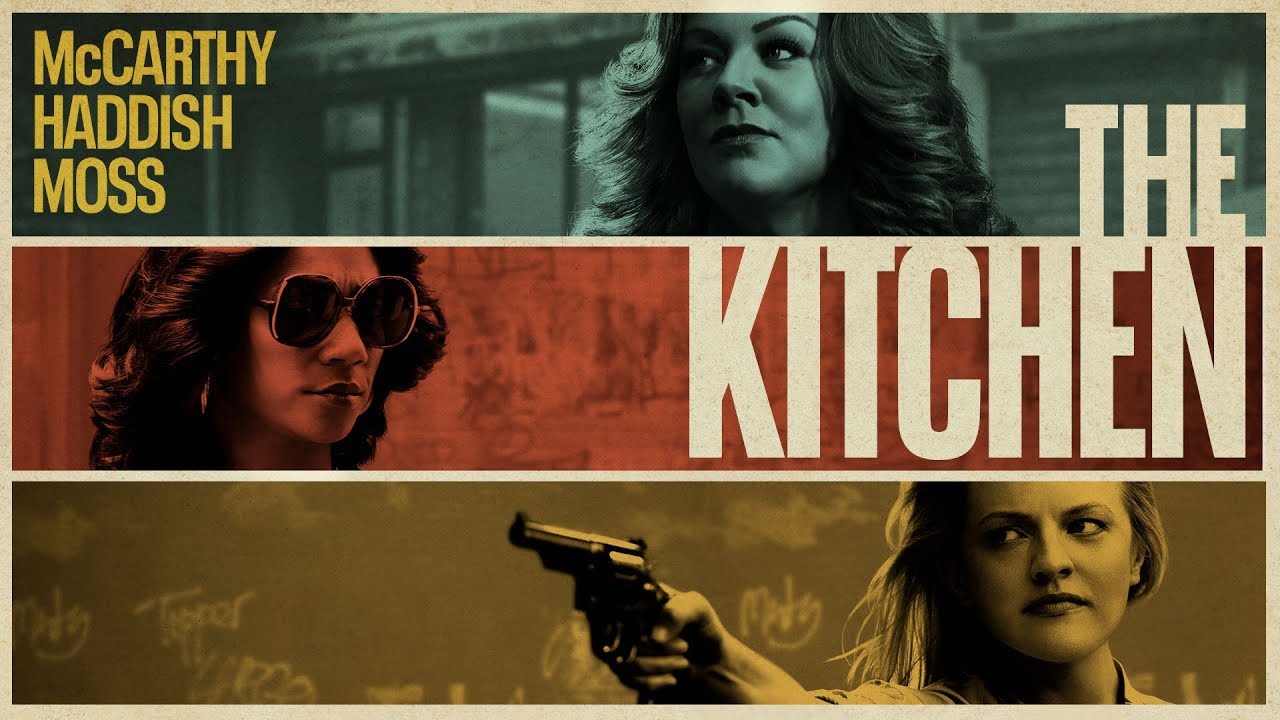 The Kitchen is a 2019 film directed by Andrea Berloff and adapted from a graphic novel by Ollie Masters and Ming Doyle published through DC/Vertigo comics. Starring in this film are Melissa McCarthy, Tiffany Haddish and Elisabeth Moss.

The Kitchen is a little quiet film that was under promoted by the studio and after just one viewing, I can see why.

It’s not a bad film. Actually, I liked it. However, it did feel empty with an odd pacing.

The story follows the wives of three members of the Westside Irish Mob, I guess you can call them the WESTIES. Although for a better depiction of the Hell’s Kitchen I recommend you go watch State of Grace (1990) starring Gary Oldman and Sean Penn. Back to the film. So, The Kitchen is the story of three wives of Hell’s Kitchen gangsters who after their husbands are arrested robbing a local store are left to fend for themselves to support their families. 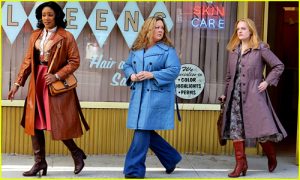 All three women (McCarthy, Moss, Haddish) are very good in the film. Each one dealing with their own personal struggle; Haddish being a black woman married into an Irish Crime family, Moss dealing with an abusive marriage and McCarthy being thrown into the drivers seat as a breadwinner to her household. Overall, inspite of the pacing, the performances were well done although the performances didn’t have much to chew on from the script.

The Soundtrack is good with some nice selections here and there. If you like Fleetwood Mac, you might want to go pick it up.

Now the cinematography was good. Majority of the film was shot on location in the Kitchen and I got more enjoyment from admiring the set pieces and cross streets and how they made it look like the New York City of my youth and of the era as I did following what was going on.

The big negative was the pacing of the story. I understand that it is difficult to take a comic book and stretch it and adapt it to live-action while maintaining the essence of the source material while fleshing it out for the big screen. I get it. However, the beginning feels like your sticking your head out of a Lamborghini at top speed. You’re barely settled into the film after fifteen minutes of Coming Attractions to films you know you’re not going to watch… “*cough*cough*starwars”. Star Wars, I’d rather buy a bootleg dvd of the Jeffrey Epstein suicide watch than sit through episode ix of that zombie of a franchise anymore.
The Kitchen’s pacing about midway through the first act starts to slow down and the second half does get better with some spots here and there that could’ve been chopped from the film however, it does get better and you start liking it. The third act is good. I was genuinely absorbed into the film for it’s closing note. And there is a very nice twist during the last moments of the film but, that should’ve been the ending of the film however, a bad choice of ending on one note and not another deflates the film and you’re there watching the ending credits like “Oh. well that was interesting”.

Overall, the film is enjoyable and good for what it is. A small crime film that wasn’t trying nor marketed as anything more than what it is. I think if you took the two subplot climaxes and switched them and fixed the pacing, you might have had a more fleshed out film. But I did like it.