An Interview with Author & Punisher

Author & Punisher is a industrial synth artist hailing from San Diego, California - and easily put on one of the most interesting shows I have seen in years. Sporting a masters in kinetic sculpture, all of his gear is hand-made. Dredging an abyss of machinery 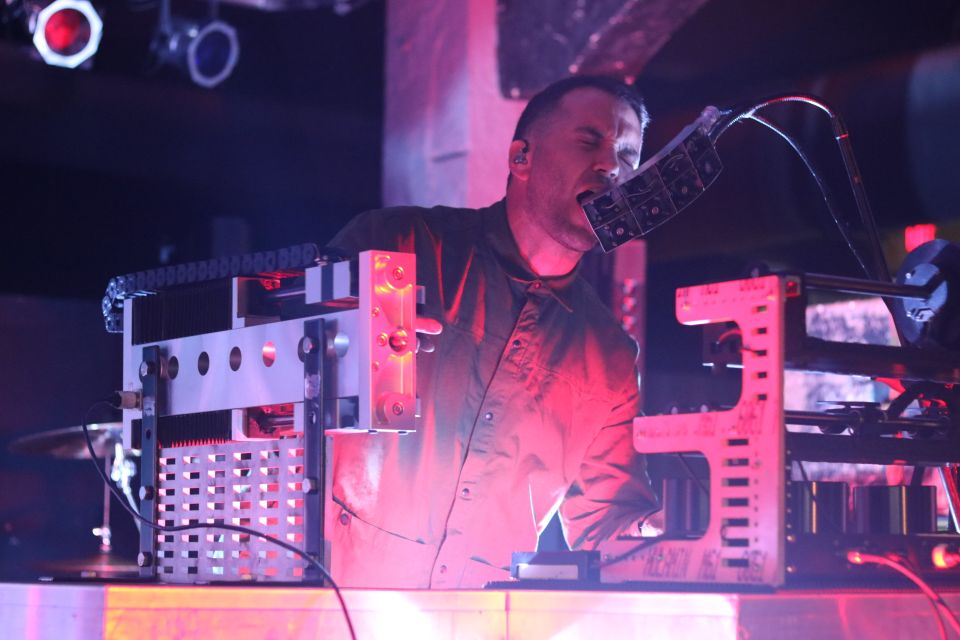 Author & Punisher is a industrial synth artist hailing from San Diego, California – and easily put on one of the most interesting shows I have seen in years. Sporting a masters in kinetic sculpture, all of his gear is hand-made. Dredging an abyss of machinery for his eclectic sounds – Author & Punisher’s music is also a one of a kind experience. He goes on tour this fall. Check out his music here!

Your percussion machine is named “Rails,” and it costs upwards of $4,000. I’m sure your other gear is expensive too…. Have you ever gotten too absorbed in a set and  popped a sprocket, sprung a spring – mashed it a little too hard and broken it?

“Absolutely, yes! The things that break are not the major things that’ll cost a lot of money though, it’s usually just wires or buttons.” 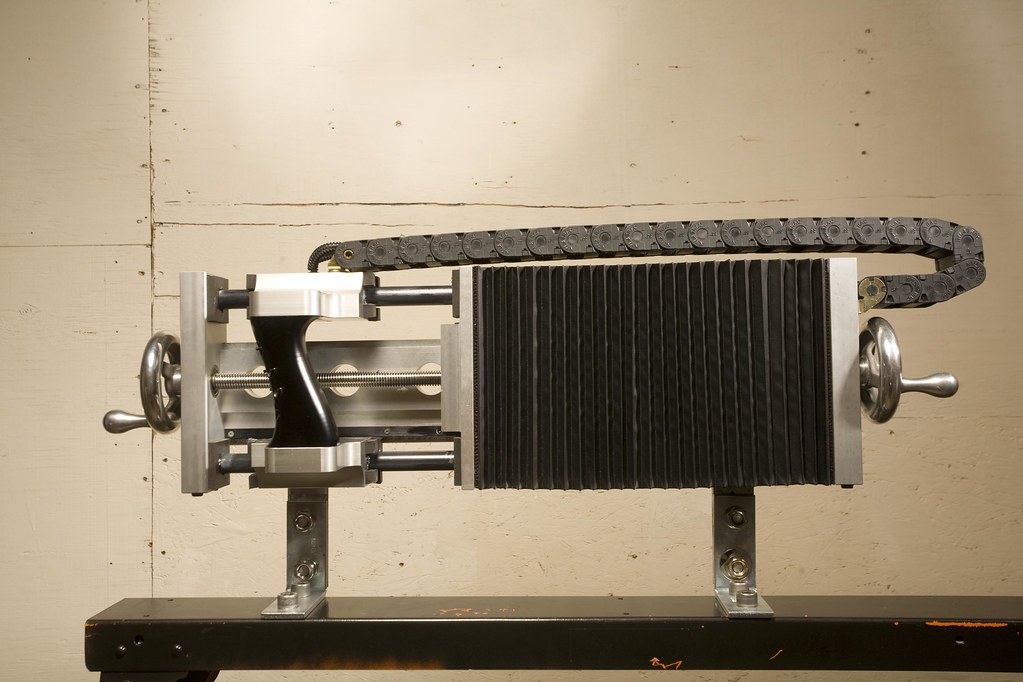 What do you do when your gear breaks and you’re on the road?

“It’s a concern, it’s the same with the van. I’ve a Sprinter that I own, if that thing breaks I miss a show, I miss x amount of money, x amount of merch, it’s a big deal. It’s a whole process from the van, to my health, to the instruments. Like that is a basically like I’ve learned over the years how to be professional about that stuff, how to have backups for certain things, belts for the van, or like for the thing I’ve got to have buttons, a soldering iron, extra Arduinos that are already programmed with the code that I need, cables.”

I read you’re an engineer with a Master’s in Kinetic Sculpture, and you worked as a researcher at UC San Diego, is that still current? What are you researching at UC San Diego?

“Yes that’s current. I am basically a mechanical engineer in a lab that is run by a bunch of– a really brilliant scientist, Dr. Mark Ellisman, who’s a neuroscientist. It’s his lab, he has engineers and scientists working for him about research, different ways to image stuff with electron microscopy. We’ve developed new, inventive ways to look at like mouse brain, cancer, Alzheimer’s, things like that. I basically helped them modify these microscopes.” 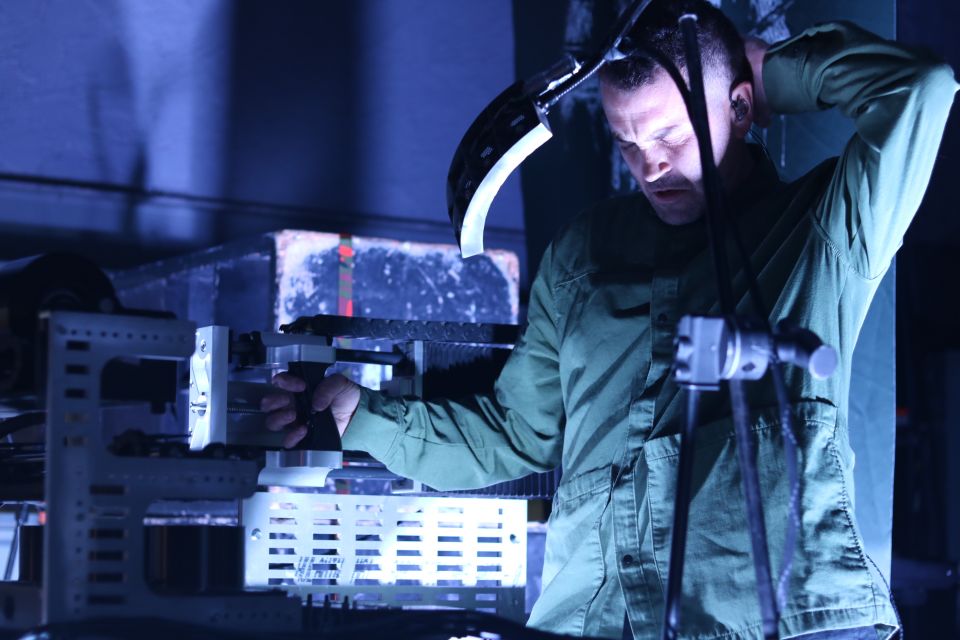 How do you the time to get away from your professional life, where you’re a researcher, you have degrees, and you work in a laboratory. How do you find time away to tour and to do stuff like this, how does that work?

“Well, the way it started was I basically I was an engineer who already went back to grad school for art. When I was graduating art school I got a job in the lab, because there was an artist there doing installations, basically as like taking some of the data they use to make, to look at like the mouse brain, for example, on these huge panel displays so you could have a virtual reality walk-through of the brain.”

“I got hired to help them with that. When the main guys who worked at the lab found out that I was a robotics guy and automation engineer, they hired me. When I got out of art school, I was like “Well I could go and be an art professor or I could just work with at this lab”. I stayed at the lab – those guys knew that I was an artist already. My bosses are the best. Someday they’ll get sick of me and fire my ass! I’ll understand. I deserve it,” he says with a laugh. 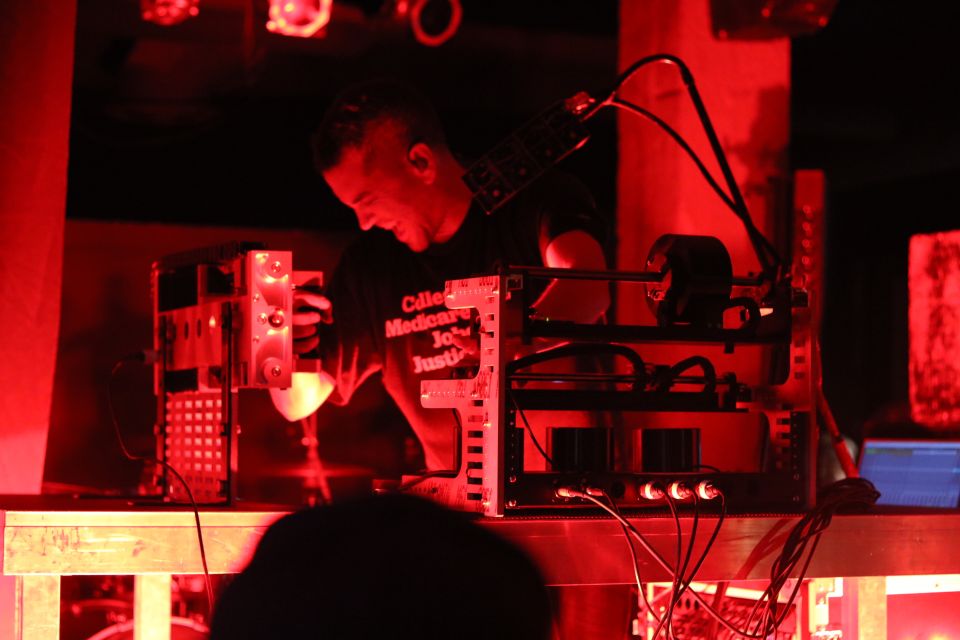 You grew up on a farm and you surf in your free time but you build these machines that rasp out cold and unnatural sounds. That’s an odd kind of dichotomy way of breathing life into these inanimate objects. Is that metaphorically related to the music that you’re producing?

“It’s funny, I was just talking to my agent about this, about me. I’m not exactly the most typical doom or industrial producer but for me, it’s just like dark music, dark ideas, dark poetry, dark literature, dark form, that comes from so many different places. If you looked at the most film makers who make this kind of stuff, they just don’t look weird, like Lars von Trier, you see a dude with glasses and a dress shirt but – because we’re in the performance world, I think I get more scrutinized because I don’t have a persona that exudes make-up and costumes.” 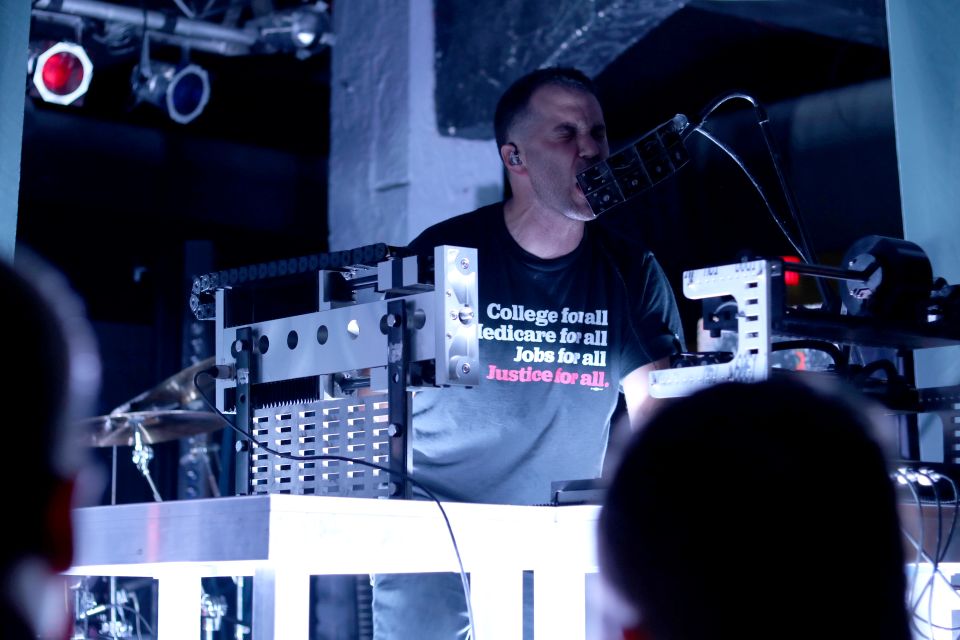 Are you cooking up any new infernal machines and deviant contraptions?

“Every time I build a new machine, I say I’m never doing it again,” he sighs through a chuckle “But now… it looks like I’m going to be building for an eternity because we’re starting a company… We’re going to start making this stuff!”

“Not that I want to enough of these EDM douche bags—Fucking playing my shit – and you can quote me on that – because they will, and it will be painful, but we’re gonna do it. We’re going to make tactile and industrial instruments in a way nobody has ever done before.”

“Is there anything you want to add that we haven’t talked about?”

“Yeah. fuck fascism all forms and you know what, if you are involved in dark music you’re not protesting through your fucking teeth – then you’re not doing your job as a human. This is ground zero for the apocalypse and you need to get your ass out there. You can quote me on that too.” 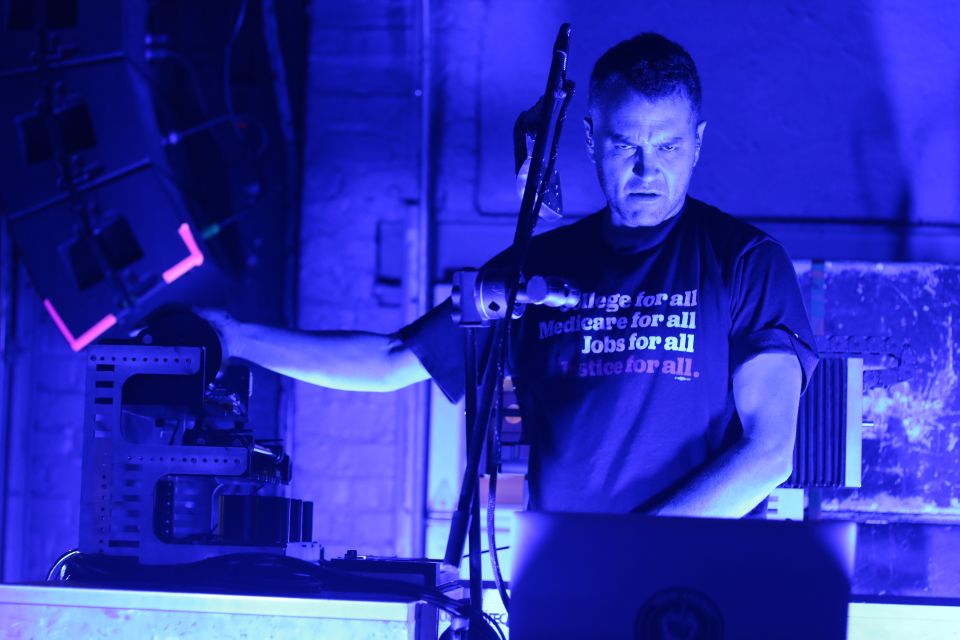