It came from the back of the video store. The ghost of VHS past. Gregg Araki's final installment in his apocalypse trilogy. A trio of unrelated yet somehow very California films that track the lives of young people living in the vapid and pretentious world 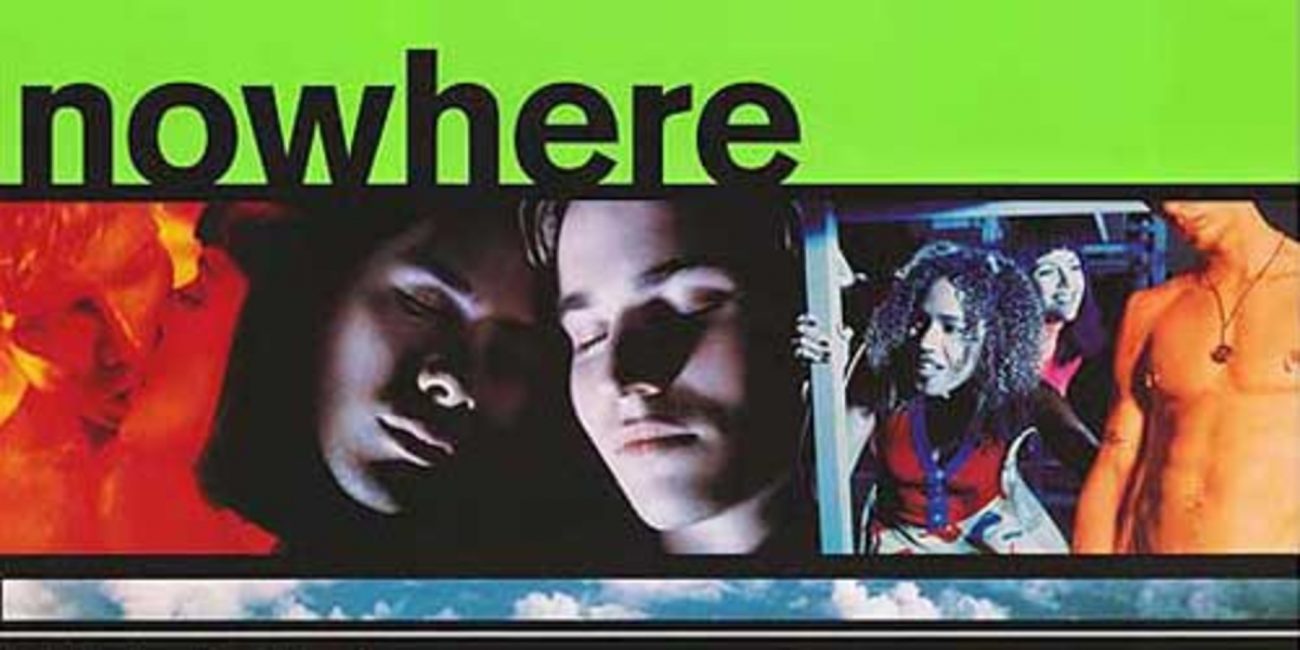 It came from the back of the video store. The ghost of VHS past. Gregg Araki’s final installment in his apocalypse trilogy. A trio of unrelated yet somehow very California films that track the lives of young people living in the vapid and pretentious world of Los Angeles set sometime during the last days of our civilization. Armageddon is here. NOWHERE.

Gregg Araki can be at times a polarizing director. Some people just really don’t like his work. I remember browsing for videos at the former KIM’S Video down on ST. MARK’s Place and over hearing the clerks or film hipsters discussing how his films are nonsense and style over substance. And the former may have a bit of truth to it. His films are very colorful and very stylish. However, it’s the subversion that makes it worth it. His films and especially his trilogy are in a way a parody of youth culture in the late 90’s.

The vibrant color pallet acting as a veneer for the disconnected and apathetic teenager of the decade. The Doom Generation was a satire of the Hollywood road movie as Nowhere is a satire of the coming of age teen romantic comedy. 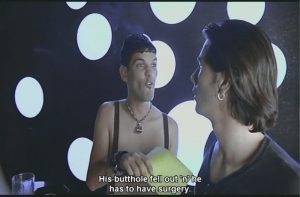 Nowhere starts off like most men start their day – masturbating in the shower. Our love hungry protagonist named simply ‘DARK’ is young, alone and desperate for someone to love him. His journey now seen in retrospect appears sad, depressing and often pathetic but, in 1997 was relatable to a younger me. He is hopelessly in love with a woman who would rather not be in a relationship and juggles between play partners like addicts interchange excuses. He wants all the cliche tropes of romance and she just wants a good time. This dynamic is an obvious role reversal of the classic teen romance. She’s the shallow jock and he’s the awkward teenage girl. More specifically he’s a ‘time hoe’ as Patrice O’Neal once put it in one of his podcast rants. 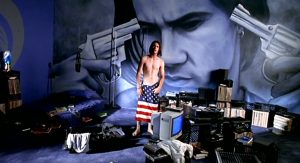 The world of Los Angeles as it is shown in this film is already past the ground zero of the apocalypse populated by teenagers roaming the streets, boardwalks and coffee houses of the former world looking for kicks and satisfaction. Some scenes are set up to look like Night of the Comet. The color pallet is here and in full bloom with set designs acting as enhancement to the psychological turmoil of these characters like the bedroom of one character on the verge of suicide. And some moments just being blatant obvious metaphors for character motivations like when Dark is literally holding onto a towel that says ‘HOPE’ at Jujyfruit’s house party – The poor bastard is holding onto hope. 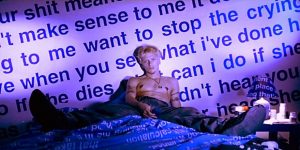 Life seems like such a bummer until Dark meets Montgomery and feels somewhat of a connection and love at first sight chemistry with him. Should he stay in a one way relationship or test the waters with this handsome yet dumb blonde he’s just met early that afternoon. 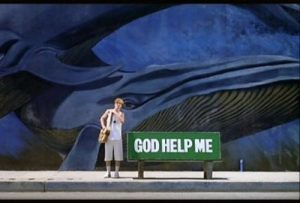 Nowhere stars James Duval as Dark, and co-stars: Rachel True, Kathleen Robertson, Christina Applegate, Scott Caan and Guiermo Diaz with a who’s-who of B-list celebrities from the 90’s. Every scene with have at least two celebrities as minor characters including Shannen Doherty, Charlotte Rae, Debi Mazar, Jordan Ladd, Christina Applegate, Jeremy Jordan, Jaason Simmons, Beverly D’Angelo, Eve Plumb, Christopher Knight, Traci Lords, Rose McGowan, John Ritter, Mena Suvari, Staci Keanan, Devon Odessa, Chiara Mastroianni, the Brewer twins and Brian Buzzini. There’s more but I don’t have the time to list everybody. Favorite characters would have to be the twins played by Ryan Phillippe and Jordan Ladd. The really funny and the type of guy I grew up with people person/drug dealer ‘Handjob’. And of course ELVIS (Thyme Lewis) is the scene stealer every if he’s only in the film for less than ten minutes. The tomato can scene also being blatant metaphor for the action taking place in said scene.

Watch it. Be merry. Be cool. Be swell. Be good. Keep that finger on the rewind button and I’ll see you on the flipside. Be seeing you.