Moon Over Parador (1988) Directed by Paul Mazursky I was very recently pleased to find that one of my favorite films of all time was on youtube. MOON OVER PARADOR was released on September 8, 1988 and stars Richard Dreyfus (JAWS, Close Encounters of the Third Kind), Sonia 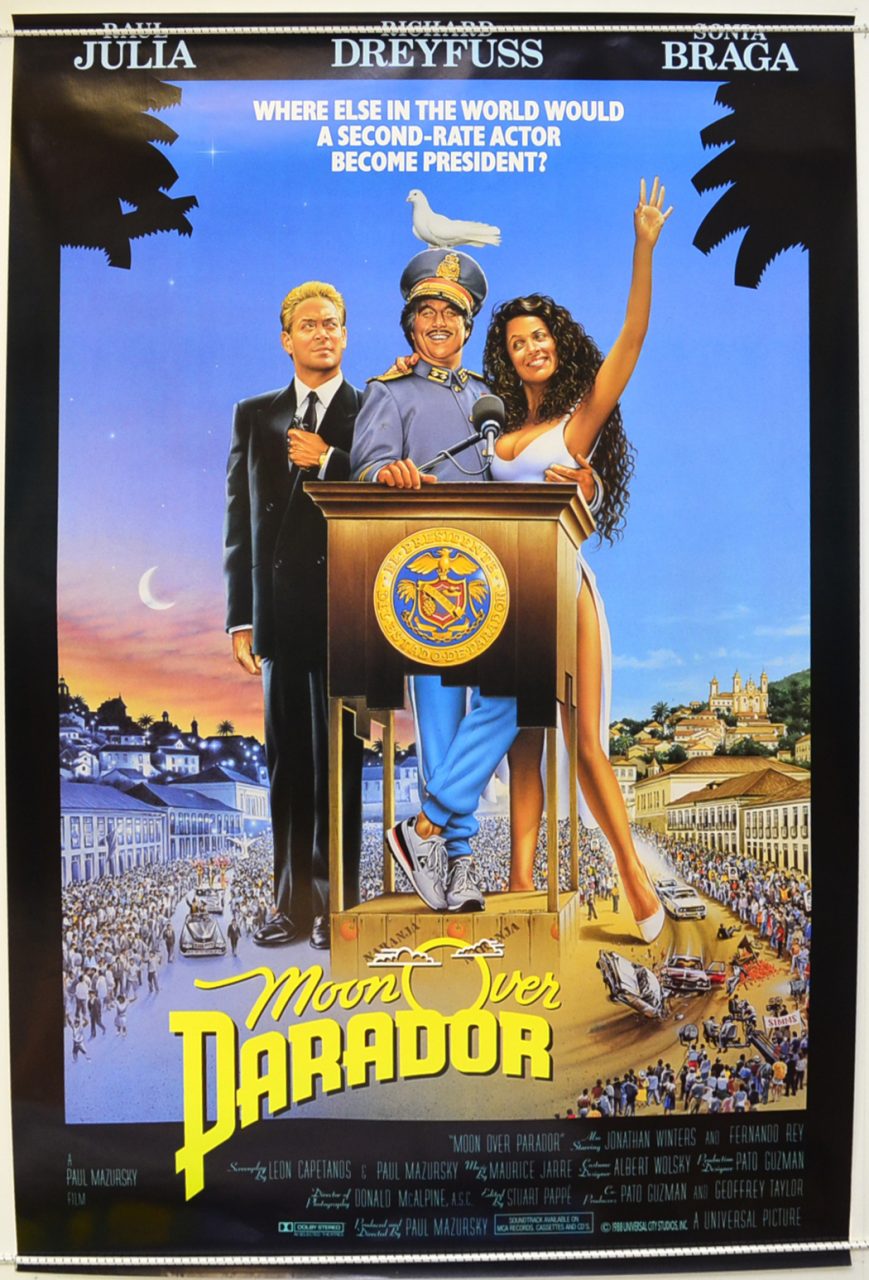 I was very recently pleased to find that one of my favorite films of all time was on youtube.

MOON OVER PARADOR was released on September 8, 1988 and stars Richard Dreyfus (JAWS, Close Encounters of the Third Kind), Sonia Braga (Kiss of the Spider Woman, The Rookie) and TONY and Golden Globe winning actor Raul Julia.

A subtle political comedy from the late eighties that feels more Broadway production than Hollywood feature about a disenchanted actor that falls head first into a military coup of a South American nation when the dictator in power suddenly dies, our protagonist (Richard Dreyfus) is held hostage to fill in as a stand-in for the fallen Leader; albeit under the short strings of Raul Julia’s influence.

The cast is very small which is why I made the Broadway comparison. Richard Dreyfus gives a very whimsical and very humorous performance as an actor that rediscovers his craft as well his humanity with every step he fills wearing the shoes of the dictator when his new role is subverted into more improvisation than marionette and leader rather than oppressor. The beautiful Sonia Braga plays the role of the mistress to the former president and positive influence on Dreyfus’ character.

Raul Julia as always gives a scene devouring performance as a fascist in charge of the military body controlling the city of Parador. His evil intention and thirst for power is dignified and charismatic as well disarming as he delivers dialogue. His fanboy love of theater and acting serves as a delicious bait for the starved ego of Richard Dreyfus’ character.

The film opens and ends with a casting call at the New York Public Theater as Jack Noah reminisces about his time as a captive in power one memorable summer in Parador. 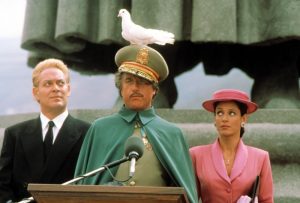 The film is a subdued delight and worth a viewing. The film score was written by Maurice Jarre (Lawrence of Arabia) however an actual soundtrack is almost nonexistent except for a Julio Iglesias single that bookends the film and a wonderful Sammy Davis Jr. performance.

This is one of my all-time favorite films and I’m happy I get to share it with the New Retro Wave community. So keep it tight and out of sight and always keep that finger on the rewind button.