It's been a very long time since I've graced the pages of New Retro Wave but, I'm back. I've been in the thick war-torn trenches of completing a new album and working a fifty hour work week in the food industry; it's been hell since 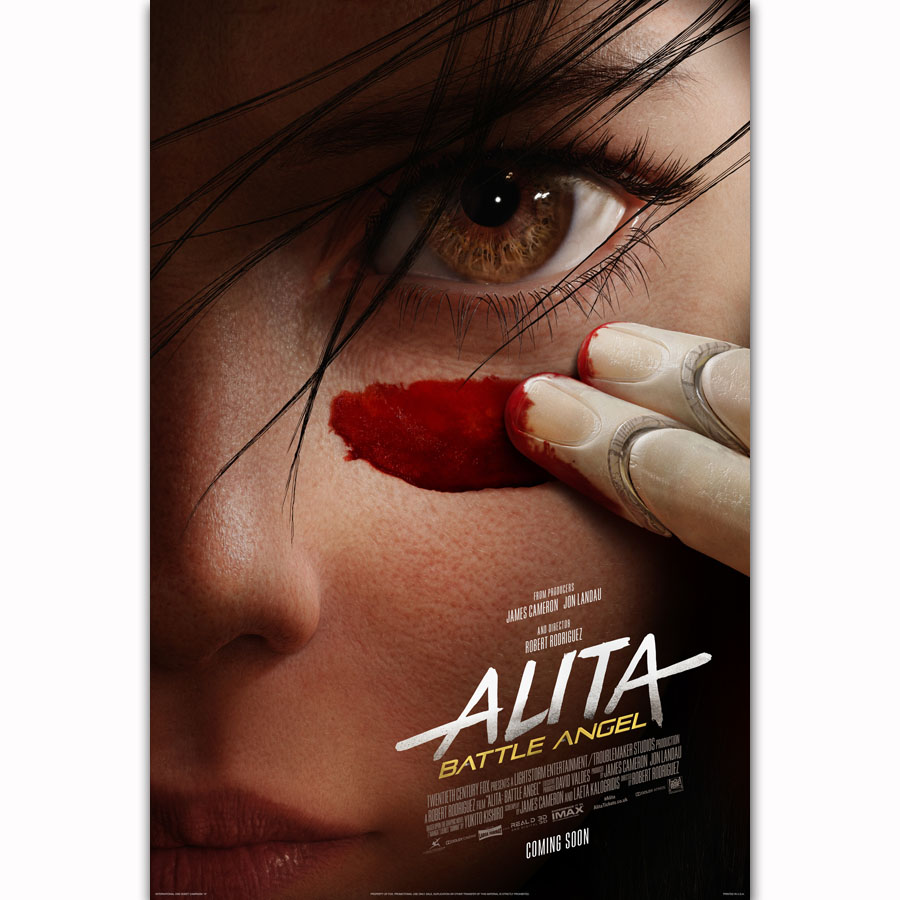 It’s been a very long time since I’ve graced the pages of New Retro Wave but, I’m back. I’ve been in the thick war-torn trenches of completing a new album and working a fifty hour work week in the food industry; it’s been hell since my birthday but, I’m back. And here is my review of the new film from James Cameron and Robert Rodriguez based on the Japanese manga and anime of the same name, Battle Angel: Alita. 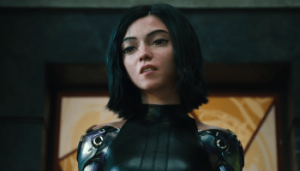 I am very pleased to see that this film is doing well in theaters and overseas. I remember there not being that much hype for this film when the trailers dropped. In fact, we are still living in the wastelands of Disney superhero films dominating the cinemas, so I wasn’t surprised when I mentioned this film and got the “Oh yeah, that movie”. My coworker even complained about there being no post-credit scene which was followed by my obvious reply of, “What are you a jagoff?”. Laugh a little. It’s a good time.

Post-credit scene or not, this is a fun film. It’s without a doubt a beautiful movie; absolutely worth 3D. James Cameron has finally given us his long in developmental limbo adaptation of ALITA. Thank goodness this film was released now and not back in the 90’s with his first choice for the starring role “Jessica Alba”; the horror.

Now I was initially skeptical about Robert Rodriguez directing; yeah, yeah, I know he directed SIN CITY but, he also directed SharkBoy and the Machete films. However, R.R. is a big nerd and he loves anime as much as he does Frank Milller so, him helming a film around a James Cameron script shouldn’t and isn’t a complete disaster. Everything thing was laid our for him to just get the job done. And in all honesty, James Cameron has made millions from making movies off of other creators properties (whether they know it our not) making James Cameron the king of the adaptation. All dem things stewed deliciously together into a pretty, beautiful and glittery film. 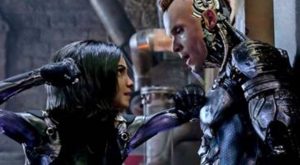 The film if not entertaining is a testament to the skill and talent of WETA Digital as digital effects, motion capture technology and live action acting come together and form the voltron of anime films. If anyone says this film is just James Cameron flexing his film technology muscles at audiences should be smacked with their own copies of AVATAR. Because, Avatar although good looking was a shallow attempt to WOW film goers with digital effects and color slapped on-top of a Dances with Fern Gully remake. Alita is a better film than Avatar.

The casting was very well designed. Rosa Salazar. Rosa Salazar has been on my “I’d fall in love with” list since I saw her in that really terrible CHIPS remake and I was like “Oh My”. She doesn’t change the world but she absolutely gets the job done in her performance here. I’m a fan.

The film speeds through it’s 122 minutes rather fast. There’s a lot of story and relationships to evolve in such a short time and the main relationship is rushed in a way that many have already seen as a bit problematic.

I won’t compare this to the original anime or manga. I’m just calling it as it is. The film is not reinventing the wheel but, it’s very well made and entertaining. I’d recommend taking your daughters to see it. ALITA is probably the first successful live action we’ve had in movie theaters. Definitely more successful than the recent Ghost in the Shell live action film that I actually liked. I liked the Ghost in the Shell film in spite of all you wet tissue weeping numb-nuts that were out bashing that film.

I may not be sure if ALITA: Battle Angel is the dawning of the Great wave of live action anime adaptations but, I do know that this is another cool chapter in a resurgence of cyberpunk. And Cyberpunk is the future-present.

Go see ALITA.
Directed by Robert Rodriguez, written by James Cameron and Laeta Kalogridis. Produced by Cameron and Jon Landau. Rosa Salazar stars as the titular Alita, a cyborg who sets out to learn about her past after she awakens in a new body with no memory of who she is. Christoph Waltz, Jennifer Connelly, Mahershala Ali, Ed Skrein, Jackie Earle Haley and Keean Johnson.

kEEP your CYBERnetics in check and your analog dials on the REWIND button.