1.) Cobra Kai The absolute best thing to come out of our memories and grace us with it's existence in 2018 is the unexpected television sequel to THE KARATE KID. Cobra Kai is the story of former High school bully Johnny as he hits rock bottom; 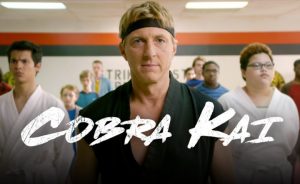 The absolute best thing to come out of our memories and grace us with it’s existence in 2018 is the unexpected television sequel to THE KARATE KID. Cobra Kai is the story of former High school bully Johnny as he hits rock bottom; a somewhat deadbeat father and miserable loser still grinding his teeth about the year when his life’s peak was usurped by Daniel Larusso and that infamous and illegal ‘crane kick’. My review of the series is still up on NewRetroWave. 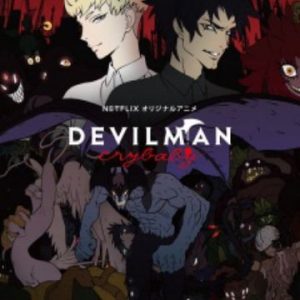 The in your face and faithful to its source material anime that brought back hard R-Rated themes and imagery to anime can’t get enough praise for its critque of humanity as we know it and of the relationship between the creatures of whatever you call God’s workings. A monster of a self-contained horror story that goes from Cosmic Horror, Body Horror right on up to social commentary. “MUAH” i could massage this IP’s prostate more but you must see it for yourself. My review is still available on NewRetroWave.com 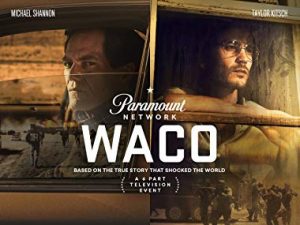 Remember when the Federal Government set a building on fire with women and children inside, as the nation watched the compound be reduced to ashes on live television? Remember when the acting attorney general was unapologetic about the incident on CSPAN? Well here is a somewhat television-biopic, similar to the OJ Simpson Trial mini-series that became the rage in TV-land. I would say, give this mini-series a try if you can find it streaming online. Give it a viewing if you be mature enough to look at it objectively. Michael Shannon is always great in any role and Taylor Kitsch is good too.  WATCH IT.

4.) The Ballad of Buster Scruggs 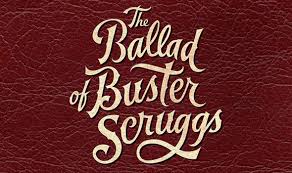 If you love the work of the COEN BROS. all through the 80s and 90s then this might be a treat for your NETFLIX X-MAS. Yes, it is a western but, it has all of the best parts of your favorite COEN BROs. films like BLOOD SIMPLE, Raising Arizona, Big Lebowski, A Serious Man, No Country for Old Men, Fargo and more. This anthology is packed with whatever you needed at the time you pressed play on your device. MUST WATCH! 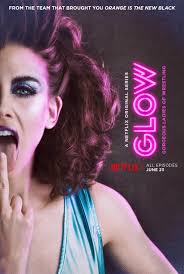 The hit series returns for a second season of spandex and piledrivers. Revolving around a fictionalization of the characters and gimmicks of the 1980s syndicated women’s professional wrestling circuit, the Gorgeous Ladies of Wrestling (or GLOW) founded by David McLane. If you know the mechanics of pro-wrestling then you’d be satiated by its portrayal here. The humor is fun, the whole show is pretty friggin’ fun. 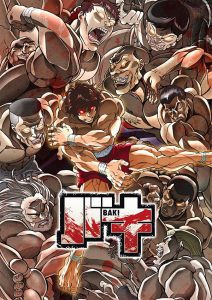 Grappler Baki is back with the continuation of the story from a previous series. Baki is a young combat prodigy who’s dedicated his life to perfecting his body and becoming the strongest fighter in the world. A dream that will lead him in striking distance of his father, the worlds most dangerous man. The artwork is similar to what it was in the original manga although a bit too polished in my opinion. But, it’s classic anime with new art and brutal fighting. If it’s still streaming on NETFLIX. WATCH IT. 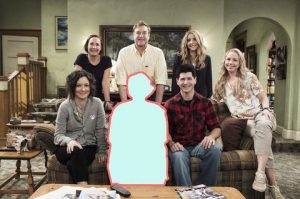 No I’m not talking about the Sarah Connor chronicles (i’d love to see that come back). The favorite show and one time flagship series on ABC is back, sort of. When news broke of the series returning with everyone back, the internet went berserk. The premiere was a smash hit. ROSEANNE was back! But, then the real Roseanne almost screwed the whole thing up. Luckily because of fan support and someone having a set of balls and a good idea, the Roseanne character was killed off and the show repackaged as THE CONNERS. Will it retain the interest of the modern television audience that is now binge viewing on AMAZON, NETFLIX, HULU with some really good quality shows there? We don’t know but time will tell.

CYBERPUNK is back. My only fear is “will the common consumer ruin it like it’s doing superheroes?”. Altered Carbon is the cyberpunk detective story set in a future where humanity has found a cure for death with the use of proxy bodies; the user transfers his consciousness into new bodies at the moment of death. Our main character is hired or unthawed to solve the murder of the very person hiring him.. If you love the consistent motifs of cyberpunk and it’s aesthetics then you’ll be delighted to point of oversaturation with this series that is already getting an anime spinoff on Netflix. WATCH IT.

Everyone’s favorite daughter from MAD MEN is back and resting comfortably in the shows of Sabrina the Teenage Witch. This version of the adolescent witch is more based on the recent Archie Comics run of the character that is darker, moody and very pro-women. Kiernan Shipka is a young witch who is destined to be a bride of the dark lord but, instead chooses to retain her free will and humanity. A decision that puts her at odds with many dark forces. New style Goth fetish for young girls looking for positive themes. 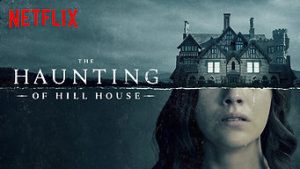 I haven’t watched the series all the way through but for some reason my whole facebook feed is filled with associates talking about the series being that scary and creepy and keeping them up at night. The show is headed by Mike Flanagan. Flanagan still riding a wave of critical praise from his previous horror project, ‘Gerald’s Game’ an adaptation of a Stephen King story. Flanagan updates the timeline with flashbacks from the nineteen-ninties instead of the late fifties with the main story line occurring in our present day. Starring: Carla Gugino, Timothy Hutton, Henry Thomas and others. Still available for streaming online. MUST WATCH!