There is this anecdote about one of the ancient skeptics (Pyrrho, Sextus Empiricus? How can one remember not to forget all those names in the long run?) who reportedly went for a walk with one of his pupils. 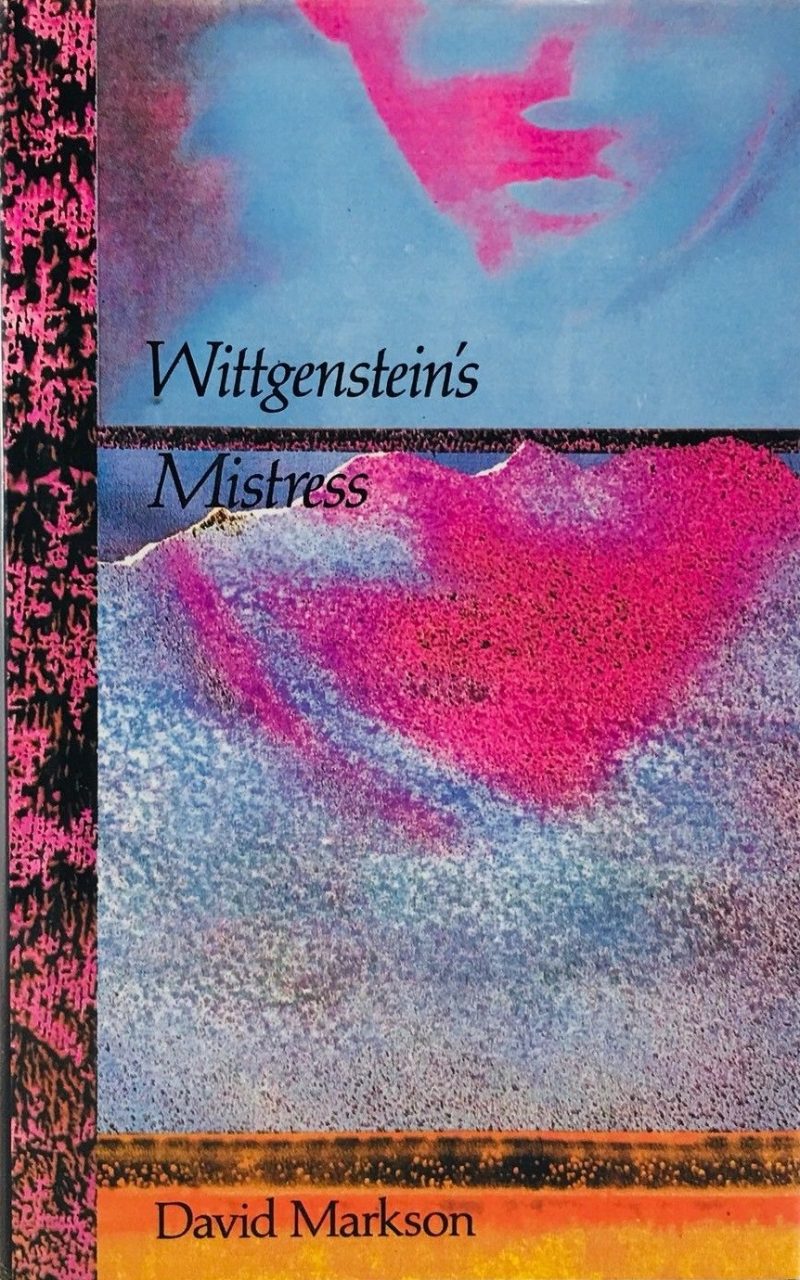 The missing All – prevented Me

It is an hypothesis that the sun will rise tomorrow: and this means that we do not know whether it will rise.

(…)it’s nice to talk like everybody else, to say the sun rises, when everybody knows it’s only a manner of speaking.

I am afraid I am going to deluge you with an overly extended opening, but sometimes, especially when – metaphorically speaking – one’s eyes were not used in a way one had wished them to be used, certain letters delude us in a prolonged manner without the slightest indication of any mischievousness. Or is it life, not letters, that dupes us mercilessly?… Oh well, how can one really tell one from the other anyway? How can one discern?… And after a while that seems like an eternal passing which never happened, one almost believes that all has been forgotten, all has been erased, all has ceased to be, become, come and go (“talking of Michelangelo”?…). Only shards of “inconsequential perplexities” remain, with a few occasional jots of hazy im-memorabilia of time immemorial. The serenity pervading this new totality, this fully hermetic type of post-internal “on-one’s-owness” in which one has been nested since the unknown “somewhen”, exceeds every expressiveness, every extraordinary evanescence. Even cross-possibilities of hopeless escapism (but, frankly, where to escape if there are only two “wheres” on everyone’s road to nowhere, both already overexploited beyond their boiling points – life and death) will not allow the slightest stir on a flat-lined consolation, relief, respite. This state of good-for-nothing, pre-ontological vagrancy may be the ultimate rebellion against. That’s right, no predicative prepositional phrases – just “against”. But first things first.

There is this anecdote about one of the ancient skeptics (Pyrrho, Sextus Empiricus?… How can one remember not to forget all those names in the long run?) who reportedly went for a walk with one of his pupils and when they were both confronted by a stray, possibly rabid dog (growling, barking, baring fangs, bristling a coat, frothing at a snout, etc.), he uttered a shout of fright which he should not have uttered due to the state of deep ataraxia (a lame definition would put it as: the tranquility of soul perpetuated by the suspension of judgement associated with each and every external and internal perception – the end goal of every self-respecting skeptic) he had supposedly been immersed in and well known of. When approached by his ultimately stunned pupil, after the dog had been chased away, he excused himself by saying that “sometimes there’s no other way”.

Wittgenstein’s Mistress is the “gait” which your legs are obliged to incorporate if you fall onto the endless treadmill of the aforesaid coercion. The way of skeptical “no-other-wayness”, let alone the oppressive calmness of being “against” have been taunting and tormenting Markson’s protagonist – Kate – for at least two decades. There is not much to tell about her life, following the standard meaning of the phrase “not much to tell”. Instead of blatant bookish goings-on, what we are being exposed to is an outpour of uncertainties of the highest caliber regarding renowned names and personas of a broadly defined term “culture”. Painters, philosophers, writers, poets and composers are Kate’s bread and butter in her “last of meeting places” or, shall I say, last resort, since all of them are treated merely as grist for the mill of anecdotal speculations i.e., pupils of Rembrandt painting coins on the floor of his studio to fool their penniless master, Guy de Maupassant eating dinner on the observatory deck of the Eiffel Tower in order to enjoy the view of Paris without the obtrusively eye-catching landmark in the background or Martin Heidegger owning Vincent Van Gogh’s shoes. At least they sound like these. One cannot simply tell whether they are true or false, whether they might resemble the possibility or something only vaguely similar to impossibility. Although, at times, one is almost able to recall something that was overheard ages ago, a trifle given a once-over on the Internet (Wikipedia, YouTube comments, Instagram?) which corroborates Kate’s speculations, thus turning them into verisimilitude of plain and simple facts. One suddenly catches oneself suffering from the very same “illness” that has been devouring Kate – F(r)actography syndrome. One starts to wonder: how the hell do I know that Marvin Gaye was shot by his own father? How on earth was I able to remember that Prince’s only child died from Pfeiffer syndrome? Or that Jeffrey Dahmer abused alcohol so badly while being stationed somewhere in West Germany that he was discharged from the military and failed to become a combat medic which resulted in his…oh, well…pursuing a completely opposite “career path”.

Oftentimes, one chuckles under one’s breath when Kate tries to recreate the probable exchange of courtesies between two or three individuals who apparently lived in the same town, e.g., Spinoza and Rembrandt (“I was extremely sorry to hear about your bankruptcy, Rembrandt. I was extremely sorry to hear about your excommunication, Spinoza”) or El Greco, St. Teresa of Ávila and St. John of Cross. One grins a lot too when she keeps on indulging herself in sheer speculations. Her daydreaming about who would be most likely sitting inside Giotto’s studio or how Galileo, due to his fear of germs which he could not have seen (unlike Leeuwenhoek – the Father of Microbiology), would not have shaken hands with any of Dutch “Golden Age” painters coming from Delft if he had lived in Delft. Yet one’s eyes quickly go out of their sparkle, because one seems to realize or, rather, be caught up in a state of presupposing and experiencing the vision that, back in the day, Kate could not have gone over one singular line, but must have done so over innumerable ones along with the world itself (scarce, allegedly post-apocalyptic allusions scattered around the text resonate in one’s head as a sound confirmation or just a shaky falsification of…”Oh, do not ask, ‘What is it?’” – it is unreachable anyway). One is under the indelible impression that not only had she been up against many impermeable walls at the same time (what kind of walls?… One may only hypothesize…), but she also, paradoxically, by some completely inaccessible and imponderable “somehows”, tunnelled through quite a few of them too. She might have caught “something out there” – a shadier, less peaceful, more gangrenous “cousin” of ataraxia, perhaps? Maybe she had been onto-pulverized so badly that all she was left with when she got back (did she?…) was the sense of indestructible, cathartic monotone of doubtfulness aimed at everything that might be called “perceptible”. One of the side effects of her finally getting a grip (or losing one…) surely must have been the sedulousness towards mentioning the intricacies of imprecision of the language itself, ever-present in her 248-page soliloquy. The ensuing bewilderment is precisely the thing which would explain the title Wittgenstein’s Mistress. Due to her linguistic bewitchment, Kate becomes Wittgenstein’s most faithful “lover” in a strictly “agape-ish” sense of the word.

Please forgive me for bringing up this revolting obscurity. I have been led astray by some phony grandiloquence which should have been kept at bay, for it is one of the last things one can extract from Markson’s novel, despite tens of surnames of men and women of different cultural “offshoots” tumbling around, merging with each other and submerging in deep non-territorial waters of Kate’s “no-other-wayness”. Much more noteworthy would be the notion that one feels not in the least intimidated/offended/suffocated by her merciless beating about the bush – a brilliant proof of her forlorn unfathomable knowledge (the protagonist forgot more about the Western culture than many of us would ever get to know). Those…hmm… dehumanized fact-like recollections of hers, woven with almost obsessive-compulsive predilection towards linguistic exactitude (as far as an “onto-somnambulist” is able to express anything at all…) give one this peculiar foreboding that Kate may be under influence of some kind of third sensory stimulant, plane of referentiality, variant of reality. Hell-bent on being as clear as possible right now (although what you have just read may unintentionally seem otherwise), let me use a simple description to illustrate what is on my mind. In order to do so, I am going to twist one of – surprise, surprise! – Wittgenstein’s quotes a little – what cannot be said, can be shown.

In a movie you all probably know not like but better than the back of your hand – Drive – there is an/the(!) elevator scene in which Ryan Gosling kisses Carey Mulligan. What happens right before it is what I guess is quintessential to see the idea behind the idea of “thirdness”, referentiality from meta-outside, a new variable of reality. The pausing effect of his right hand reaching behind his back, gently but resolutely grabbing her arm, protectively making her move to the corner of the elevator, is followed by his turning round to face her. The camera cuts to his right palm reaching to this unnamable area where her lower back fuses into the top part of a hip and a buttock. Or so we assume, as the camera goes steadily upward and he moves closer to her with the same speed so that our eyes meet their faces when the inevitability of a kiss creates a lot more than everything, anything and nothing have ever had to offer combined together in an ambiguous metaphysical ménage à trois. The parting intensity of this short sequence, consisting of two shots only, might be the best visualization of how a-perceptibly and indescribably captivating the (other)world(liness) could have been, or better yet, still is, extending farther into the unknown where the Within in general is capable of surpassing its innermost inside and the Multitude as such tends to be a mere beginning of something more uncountable than the set of transcendental numbers. But then, one minute later, a bad thing happens, the elevator door shuts “and we drown”…

Some kind of odd sensation is encroaching me now. The last three words from the previous paragraph and the year in which David Markson published Wittgenstein’s Mistress should have made me use a visual example from a completely different movie – the one having more drive to dive and to saunter along the color blue… Well, I guess my own “against” must have interfered with the decision. Or maybe it was a sign that it should be spared for something even more effervescently alien than Markson’s novel… All in all, what should have been written, has been written in a way it must have been written. In hindsight, I am fully aware of the fact that this time I have not hinted anything at all about the novel and, frankly, when I read my letters again, I am almost 100% positive about their total lack of necessity to come about in the first place. Then again, how was I supposed to mention something without mentioning a thing? How was I to overcome the “inconsequential perplexities” of language to deliver at least a shadow of an approximation to the pre-sense/presence of Kate’s state of “no-other-wayness”? In the epoch following the era of reminiscing not-Prince Hamlets, “would it have been worth it, after all”, to ask further about the (im?)possibility of inquiring like that? Didn’t we all get used to not missing minor Things long time ago? Perhaps we should wait for another sunrise…oh, wait…