The retro rock synth wizard of darkness, Meteor, has released his fourth all new full-length album, “White Crows!” Hailing from Medellin Columbia, Meteor, aka Jorge Reyes has returned with fantastic bravado in this latest release, pushing the boundaries of his already decent production skills and 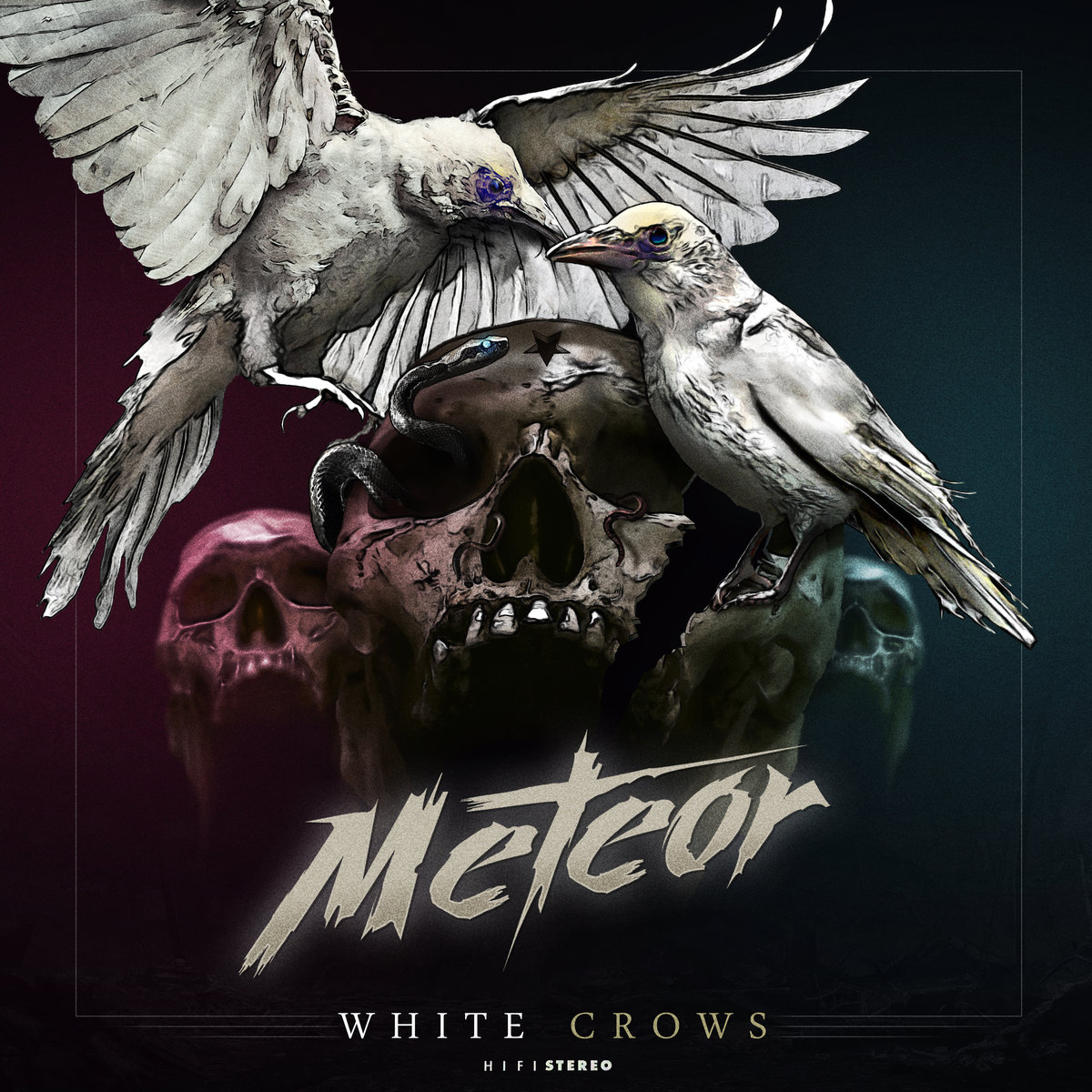 The retro rock synth wizard of darkness, Meteor, has released his fourth all new full-length album, “White Crows!” Hailing from Medellin Columbia, Meteor, aka Jorge Reyes has returned with fantastic bravado in this latest release, pushing the boundaries of his already decent production skills and infusing the Meteor sound with a range of hearty influences.

Meteor’s synthwork has always been good – but with this latest release the ambiance is stepped up a notch, bringing “White Crows” fully into soundtrack territory. Each soundscape is lush – so much so that it is easy to imagine the gritty subterranean cyberpunk environment that the album aims for.

Having played guitar from the young age of 14, Meteor was one of the earlier artists to mix retro rock and synthwave to create an interesting, unique new sound. This rock sound definitely continues in “White Crows,” but it feels more bit mature and groovy than his previous releases – not in line with the heavier metal you usually hear from a darksynth/shredwave release. Instead, Meteor goes the way of a mix of David Gilmour and Mr. Mister – an ambient sort of blues rock-pop that calls to mind 80’s antihero detectives on the search for criminals, and willing to do anything to hunt them down.

This aesthetic fits perfectly with the narrative Meteor explained in a Reddit artist spotlight / AMA, where he revealed that as he produces music he frequently creates a narrative beforehand.  In the AMA he related that he would love to see Meteor in a video series or a graphic novel, and explained a bit about the character he’s created throughout these album releases.

“[Meteor is] … a bad guy who hates the bad guys, he is trying to make justice while committing some injustices. The “White Crows” are some kind of Asian mafia, they usually wear white suits and they are the biggest Meteor enemies. Each song of this new album is a scene of this story.”

All in all, “White Crows” absolutely nails that cyberpunk retro noir. This album feels like a soundtrack for
a film that doesn’t yet exist – expertly blending elements of darksynth, rock and ambient to arrive at a fully mature sound which tells a story in and of itself. There’s a little bit here for everyone and if you’ve enjoyed any of Meteor’s previous releases chances are you’ll love this atmospheric and witty update to his sound!