Well at first I didn't want to see this movie. I thought, "Why?" "We didn't ask for this" "Did the first one make that much money?" 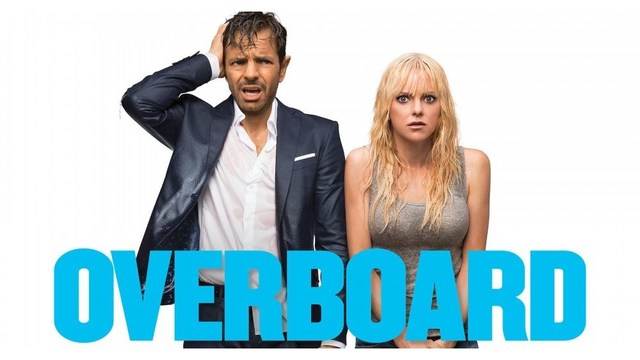 Well at first I didn’t want to see this movie. I thought, “Why?” “We didn’t ask for this” “Did the first one make that much money?”…. I was confused. Later on – Confusion turned into frustration.

See, I’m a big fan of the original movie. Every time it’s on, I watch it..Now I know I say that for a lot of movies but, I really do stop to watch the original Overboard with Goldie Hawn and Kurt Russell every time.

I don’t know if it’s the real life chemistry they had or just the fact that I’ve watch that movie hundreds of times since I was a child however, it’s a guilty pleasure and a joy to watch.. It’s innocence and sweetness never ages and the little jokes still tickle my innocent funny bone to this day.

Now flash forward to today and the new Overboard is in front of me on the flat screen of my inflight entertainment tablet thousands of feet in the atmosphere inside an aluminum dildo flying through the air currents across the country. It’s either this or Red Sparrow and I picked this to not disturb the female next to me with all the nude scenes in that movie. It was a gamble indeed – Would I be driven to my feet and opening the emergency hatch mid-flight out of disgust for the film? Maybe I would forge a makeshift blade from something plastic and slit my wrist, startling the english terrier support dog seated somewhere in the cabin. I said, “SCREW IT” and put in my earbuds and pressed play. Here’s what happened.

The Overboard remake isn’t that bad. It’s not. Might’ve been good but, I actually laughed when some of the punchlines hit. I was shocked, stunned and entertained all at once. No lie. Sin Bulto. I’m being honest. Deadass.

Now here’s the main reason why I ‘m not saying it was great. That reason being I can tell the makers were nervous about the new elements not being well received that they wanted to stay close to the source material and that is where they went wrong – They stayed so close to being the original they pretty much just re-filmed about 80% of the 1980’s movie.. I mean they really re-filmed it. They went to so far as to recreate entire scenes with original dialogue and scene setups; it was like watching a reenactment. There were times when not only was I disengaged by these reenactments, I even said to the screen, “Are they going to do the whole entire damn scene?” All of this is a shame because, it’s the new elements and twists that make this movie enjoyable.

I loved the whole Telenovela comparison that’s sprinkled into the plot. I loved the role reverse of the two main characters. I loved the bilingual scenes with actual actors that can speak Spanish (lazy spanish in hollywood films is a pet peeve of mine). I loved the main actor Eugenio Derbez who played the role of the spoiled rotten amnesiac who is kidnapped by Anna Farris. Eugenio exhibited a charming mix of physical comedy, sincerity and comedic timing that fit well with the cutesy family feel of the movie. I especially liked the scenes with his family, loved them.

There were times when I thought “I hope they aren’t going to rush the whole he falls in lover with her thing too fast” but, they didn’t. They knew when to slow it down a bit and even inserted a montage in the middle to give the time spent with the family a little more girth.

Anna Farris was good. She was adequate and played a middle class single mother low key. Nothing she is doing is over the top and/or forced like in some of her other movies in the past. I am still waiting for her to start doing more serious roles. It’s that time for the Anna Farris dramatic role. She’s already got good comedic timing from her first films in the Scary Movie franchise and in Just Friends (2005) and she has appeared in more dramatic films albeit as a moment of levity (Lost in Translation 2003).

Like I said, the scenes that were new I loved and the scenes that were recreated/ remixed from the original were just bland and took you out of the film. Even the scene where Goldie Hawn is back on the yacht having that poignant conversation with Roddy McDowell, the moment where McDowell justified his being in that film by reciting a small speech that served as the emotional heart of the film is recreated and feels like reheated pizza in the remake. By the time the big end scene arrives I was already dreading the expected aerial drone shot of the big kiss from the first film but, they threw in a nice very funny twist instead which made me laugh very whole heartedly.

Overall , the remake to OVERBOARD is about as charming as it’s predecessor in spite of it’s obsession with being it’s former. It’s not a run to the theater kind of movie but it is rental worthy and possibly a buy it kind of movie but, only if it’s on discount.

Nothing to condemn the film about just minor grievances. 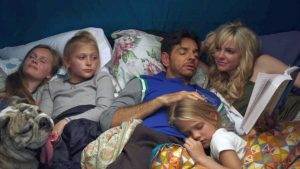 Stay Cool, Stay Alive, Always Strutt and Get Physical. But above all else Keep your fingers on that Rewind button.