The Toy Lord of Chinatown – Sucklord

Chinatown. The densely populated original hood of Manhattan. The home of the knockoff Gucci purse, mixtape slingers, fresh tags, Chinatown Fair, Char Siu Buns and infamous Doyers street. In the 90's only a few of us sub-cultured recluses would dare venture outside of our uncomfortable 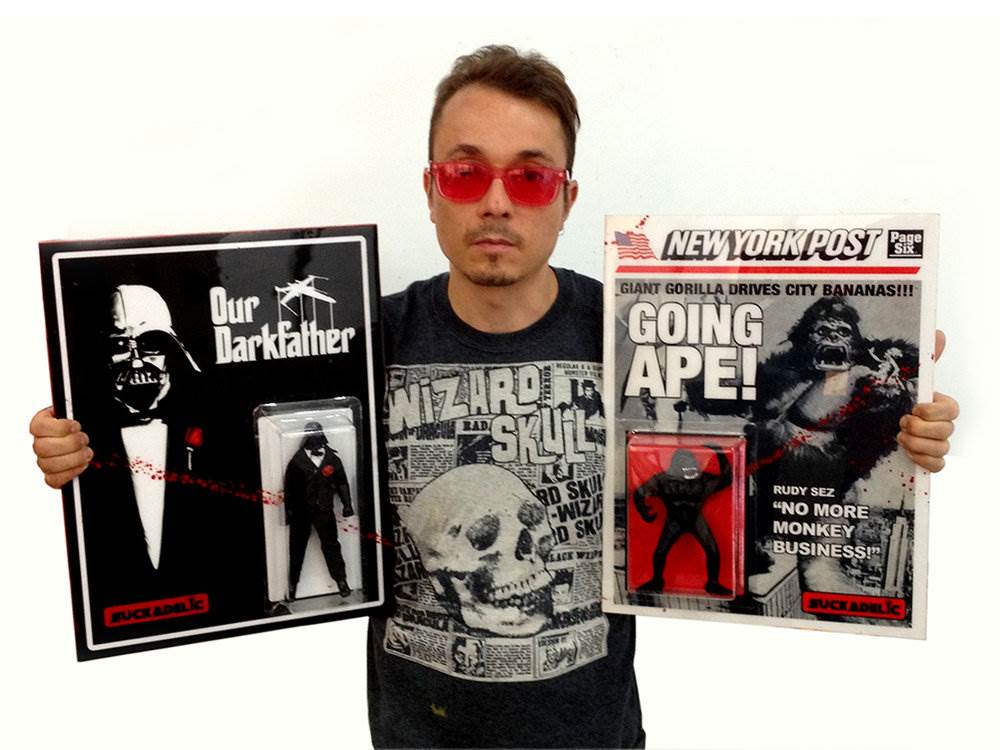 Chinatown. The densely populated original hood of Manhattan. The home of the knockoff Gucci purse, mixtape slingers, fresh tags, Chinatown Fair, Char Siu Buns and infamous Doyers street. In the 90’s only a few of us sub-cultured recluses would dare venture outside of our uncomfortable ghettos to take the train down there. If you weren’t copping some martial arts gear, knives, throwing money at a Capcom cabinet or taking your Jewish mother to a restaurant for the Kosher holiday, then you just didn’t go.

Some Manhattan kids became decent square members of society but, the rest of us that didn’t turned into artists, professional gamers, graff writers, musicians or just successful in their own hustle.

One of those success stories belongs to The Sucklord. The Sucklord is a POP Artist that manufactures unlicensed action figurine art through his company, SUCKADELIC. His action figurines are inspired by the old style of action figure that we all grew up pulling our mothers skirt to have. With limited runs and a word of mouth hype to his creations, these are the classic retro toys with limited articulation but, with a totally left-of-center style and subversive nostalgic feel. 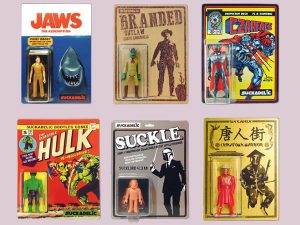 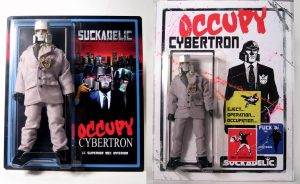 He was born Morgan Phillips in the West Village and attended P.S. 41 and the High School for the Humanities, graduating in 1987. He later attended an art school in Eugene, Oregon. Now he creates subversive action figure runs from is headquarters and sells them at pop-up shops, private screenings or conventions.

His main source of inspiration comes from his undying love of Star Wars which is a recurring foundation of most of his toy runs. One of his physical incarnations is clad with custom Boba-Fet helmet, tracksuit and boom-box jetpack and is a totally badass galactic b-boy.

I’ve been in attendance at one of his events. It was a screening of episode 4 of his lo-fi and “exquisitely MY era L.E.S.”, web-series ‘Toy Lords of Chinatown’. Toy Lords tells the story of masked, ruthless, toy makers living in Chinatown. Competing and undercutting each other to have the next hot toy on the market.. If you loved late 80s-90s MNN public access or the surreal and experimental Liquid Television (both things would later be ripped off & recycled through a west coast blender to make Adult-Swim), then TOY LORDS of Chinatown was for you. The party was held in a very extravagant yet low key hotel by the West Side Highway. I was already curious about the Sucklord brand and the web series after my fellow Jade Palace Guardsman David Arcade put me on to him; seemed like we weren’t the only brand in town running around lower Manhattan in masks and alter-egos creating art… And to be honest, I was impressed and inspired by the turn out. People came to be apart of what he was creating and support his art. This was back in 2012.

Since then, he is still running strong and doing things his way. He even collaborated with CZARFACE in creating the CZARFACE action figure. He still maintains a presence on social media where you can find updates and appearance dates. He’s still host the SUCKHOUR and has a patreon – https://www.patreon.com/thesucklord 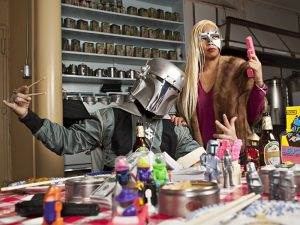 If you love independent art. If you love lo-fi artwork, subversive art, retro toys, retro star wars and a more back-in-the-day feel to your next art purchase then you should definitely go shop with SUCKLORD.