In a time of neo-fascism, corporate leaning politics, xenophobia and police shootings. People want to know there is a hero out there ready to take it all on his shoulders and chuck it off a cliff into shark infested waters. We need a hero in 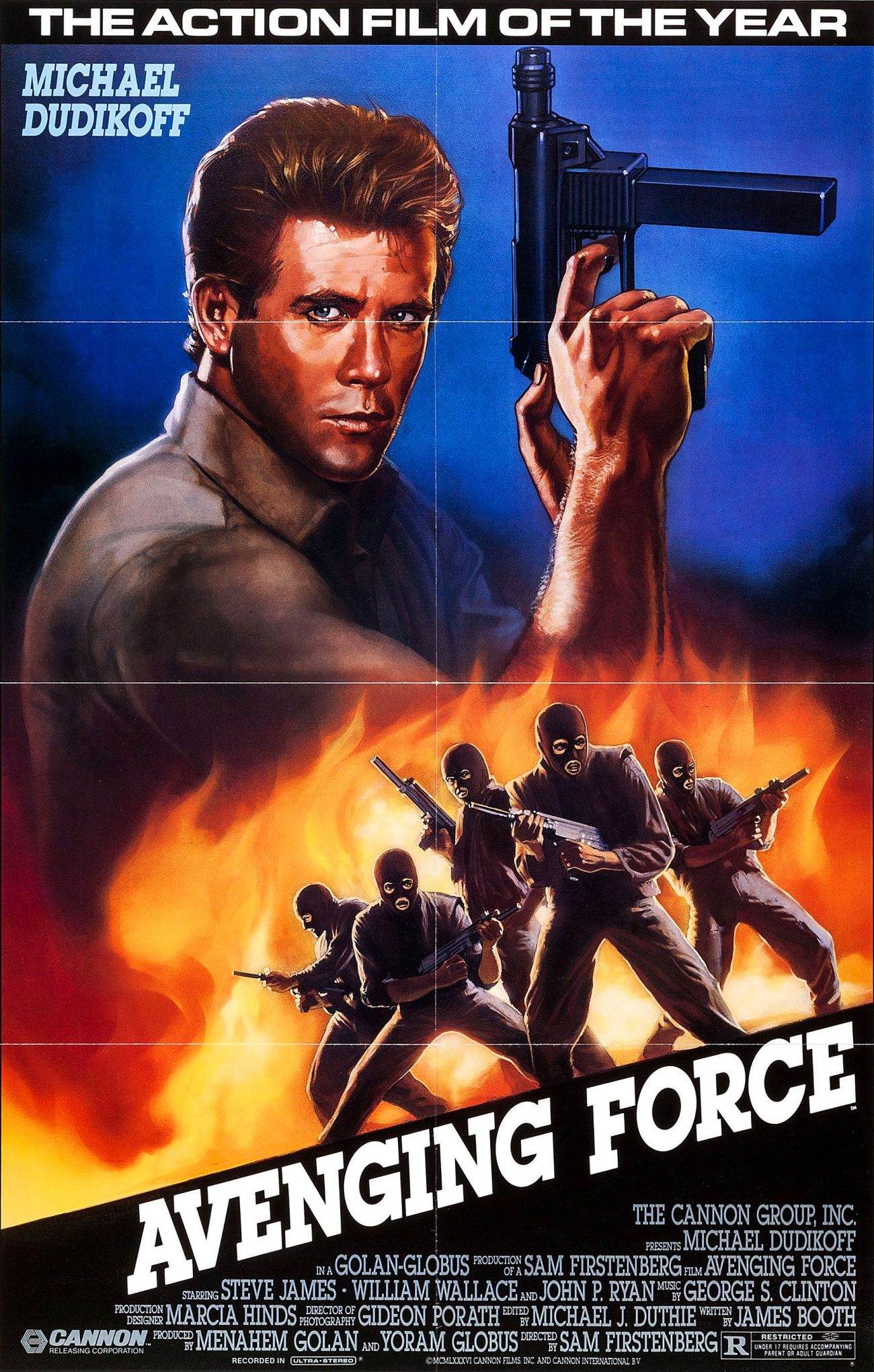 In a time of neo-fascism, corporate leaning politics, xenophobia and police shootings. People want to know there is a hero out there ready to take it all on his shoulders and chuck it off a cliff into shark infested waters. We need a hero in this country. Don’t know if we ever had one but, we need one. Unfortunately we live in the real world and John Connors just don’t exist. But, we can dream and this month the fantasy comes in the form of Michael Dudikoff in the 1986′ Sam Firstenberg directed ‘Avenging Force’.

Now, I know that I wasn’t the only kid who thought this was an unofficial sequel to American Ninja or a spin-off. As a little sh*t, I would ask, “Where’s the ninjas? I think that’s one but, nah”.

NO, this isn’t set in the world of American Ninja although it might as well be since Jackson and Joe are pretty much the same people here as they were in NINJA.

Michael Dudikoff plays and ex-secret service agent retiring to is family ranch in Louisiana. He reconnects with comrade from the service played by Steve James who is running for local office. One day while participating in a parade, masked men attempt to murder James but instead kill one of his sons. 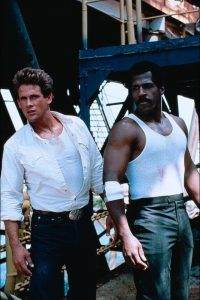 Cutting to the chase – To say the villains in this film are in a very creepy way a precursor to today’s far-right would be pretty close to jackpot. All the way down to their appropriation of Japanese Kendo and confirmation bias towards eastern philosophies of war patched together with their mediocre musings of Social Darwinism. In the 80’s they were dusty old grey hairs with too much money and nothing to do with their flaccid… lives. In today’s times, they are messenger bag carrying, cargo pants jogging, shooter sunglass wearing, sheep dog, douchebags; adhering to their strict anti-GMO diets while banging rails of white girl off an Alex Jones dvd bootleg… But, let me focus, we are talking bout the film and not my ranting about today’s drek and clown show.

The people responsible for the assassination attempt are members of a secret far right-wing group named Pentacle are trying to stop the election of an African American into office and as pointed out will do anything to do so.

Pentangle. Taking the name of the five pointed star, Pentangle is a far right-wing group promoting extreme views on gun rights, immigration and security and whose leadership is suspected of operating a hunting club targeting human prey.
– https://en.wikipedia.org/wiki/Avenging_Force 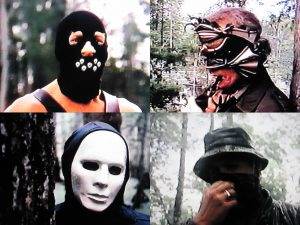 The film is an obvious attempt by Golan & Globus to cash in more on American Ninja’s popularity by creating a new franchise lead by Michael Dudikoff. The story is pretty solid although it does feel like tragic sequel to American Ninja. Overall, it’s a good film. A little creepy as before-mentioned in it’s parallels with today’s ALT-RIGHT movement or as I call them, “People who took Fight Club way too seriously”. Yes, fight club is the Scarface to angry disenchanted white guys. I said it for a long time before ‘Random Acts of Flyness’ said it. … The film is pre-‘Hard Target‘, ladies & germs. This is before the bad acid-trip that is Pres. Trump ever creeped up the spine of America. This is a true blue straight forward action film that has some suspense and tragedy.

So watch it and kick hatred in the ass.