It is with much great pleasure and good cheer that I finally bring to you - The first movie in the Young & Dangerous series. This will probably be your first viewing of this film and I'm sure will instigate interest in this great franchise 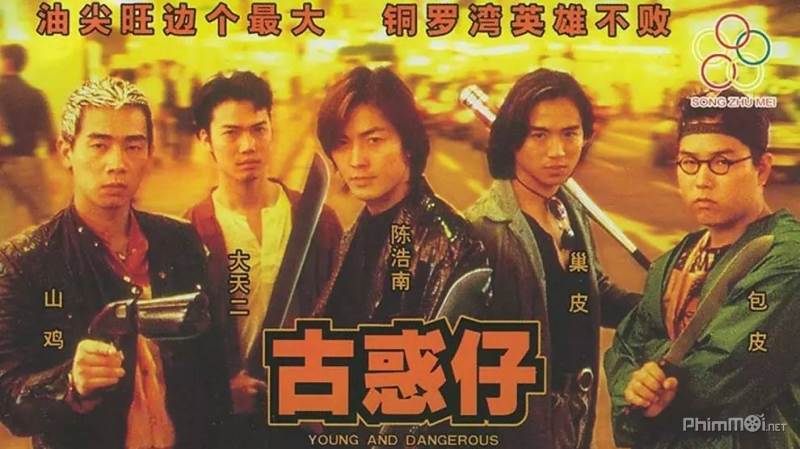 It is with much great pleasure and good cheer that I finally bring to you – The first movie in the Young & Dangerous series. This will probably be your first viewing of this film and I’m sure will instigate interest in this great franchise based on the Chinese comic book “Teddy Boy”.

I was completely unaware of this series pretty much most of my life until I took a job as a temp for an engineering company putting together prototype RPM gauges for an upcoming line of automobiles. There I was stationed with a really cool Chinese kid from Bayside, Queens. It was him who put me onto this title. He basically did it because he knew I loved S.Korean films and wanted to point me in the direction of some quality Hong Kong titles. In his words, “Don’t watch that S%*#, watch this.”

It was after some encouraging that I made my way to Manhattan’s Chinatown to one of the hole in the wall gimmick stores where I was able to get all six films on one DVD for only $6.00. My coworker hearing about the price I paid for all films just started to smile and nod his head, “You’re in for a trip now.”

In all honesty, it took me a month to finally sit and watch the dvd. And once I had the time, I spent basically an entire day watching the dvd in my bathrobe with a regenerating bowl of hot Lipton soup on my lap. Pretty much in love with the world of ‘Teddy Boy’.

My favorite characters being of course, Chicken and the Priest. The director Lau is also the cinematographer and although the quality of the film has aged the journy is still dope. If you’ve ever played Street Dogs or watched ‘The Killer’ or better ‘Hard Boiled’ you’d understand the craze for Hong Kong cinema that was really big in small indie and underground sub-cultures. Especially, if you’ve listened to early works from Wu-Tang Clan.

The story of this entry takes places in Hong Kong, where a group of teenage members of a Triad family are sucked into a turf war between rival families. Much like the Goodfellas or better Mean Streets, the film is stylized but remains very grounded in reality with some really charming moments of levity thrown in. 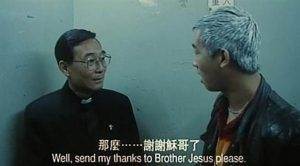 The fight scenes and violence are here and very chaotic and intense, much like real life. A lot of knives, cleavers, hatchets and baseball bats.

We are very fortunate that a youtuber was able to upload the film and I’m very elated to link it here. As this is one of my favorite series to revisit. I will on occasion be posting the sequels to NewRetroWave in the near future. I guarantee maximum enjoyment.

So here it is, the first YOUNG & DANGEROUS (1996) directed by Andrew Lau, produced by Wong Jin and Manfred Wong who is also the screenwriter. Based on the Comic Strip by Cowman and Dickey Yau. Distributed by Golden Harvest and originally released on January 26, 1996. Here with orginal Cantonese dialogue and English subtitles and a running time of approximately 97minutes.