"And I am over a quarter of a century old. I'm getting freaking old." -SamHaiNe Originally released on June 5, 1993 in Japan - Ninja Scroll didn’t reach stateside for another two years with an English dub by Manga Entertainment. But when it did it became an 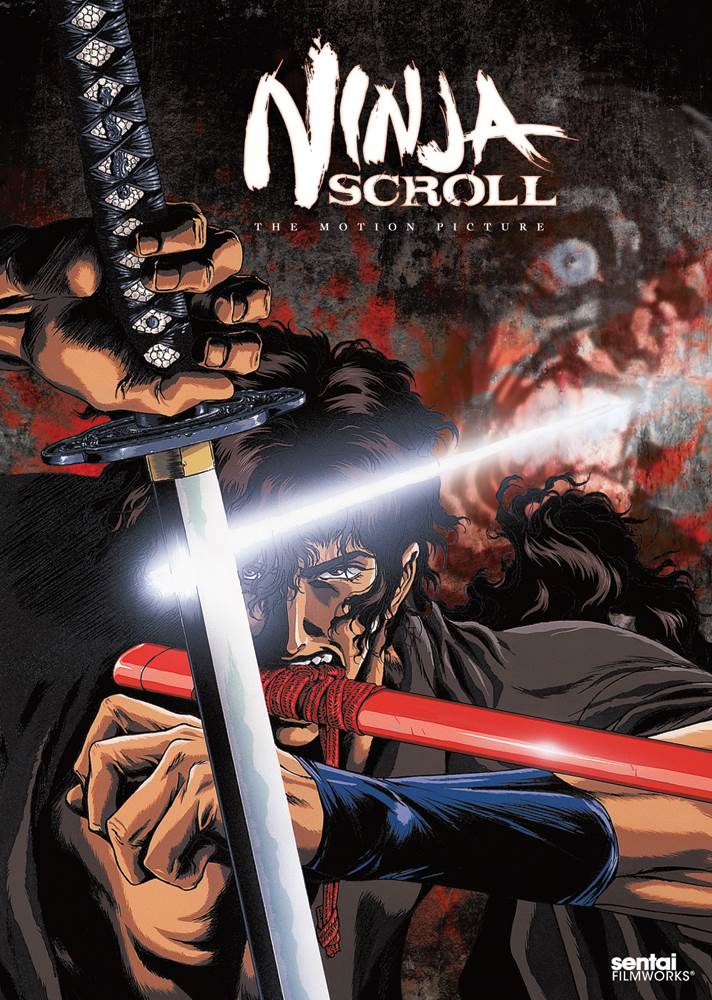 “And I am over a quarter of a century old. I’m getting freaking old.”
-SamHaiNe

Originally released on June 5, 1993 in Japan – Ninja Scroll didn’t reach stateside for another two years with an English dub by Manga Entertainment. But when it did it became an instant classic with scenes being used as Bumps during MTV’s Liquid Television and some Manhattan Public Access video collage programs; often spliced together with either Drum & Bass or (actual) 90’s Hip Hop. 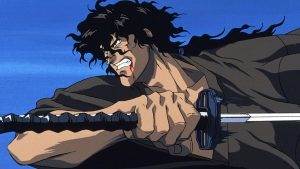 The action movie based in Feudal Japan featured some incredible sequences of sword and memorable moments of “bad-assery”. Yes I made up a phrase, deal with it.

Animated by MADhouse and co-produced by Toho (Godzilla). If you really wanted to summarize this film, you can say it’s like Metal Gear Solid without the hours of expository dialogue and melodrama. In fact it’s a better Metal Gear Solid than the last Metal Gear Solid. A lone wolf is pulled into the murky world of espionage against a team of mercenaries with supernatural powers; terrorists, whose main goal is stealing the country’s gold supply and destabilizing the ruling government. Sound familiar? 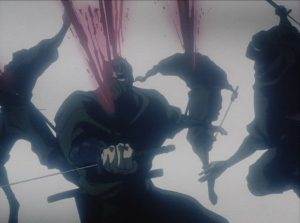 “Ninja Scroll won the Citizen’s Award at the 1993 Yubari International Fantastic Film Festival. On review aggregator website Rotten Tomatoes, the film has a rating of 93%, based on 14 reviews, with an average rating of 7.5/10.
During the 1990s, Ninja Scroll was among the most popular anime movies outside Japan, along with such movies as Akira and Ghost in the Shell. The North American video release of Ninja Scroll had sold more than 70,000 copies by May 1996, becoming Manga Entertainment’s best-selling title at the time. In February 2004, Cinefantastique  listed the anime as one of the “10 Essential Animations”.
Theron from Anime News Network exclaims that the “action scenes sizzle with energy and powerful maneuvers unencumbered by tiresome dramatics” and describe the plot as “mostly exists just to set up conflicts between the protagonists and the Devils of Kimon and allow various characters to show off their colorful ninja techniques”. He concluded that “Ninja Scroll‘s story is too thin for it to ever legitimately be considered one of the all-time great anime movies” but considers it to be a classic.”
– Wikipedia

A decade and a half after its release, Ninja Scroll is still one of the mainstays on everyone’s favorite Anime lists’.  Although not a domestic success in Japan, internationally it is celebrated. Since 1993, there has been a short animated mini-series that may or may not be a standalone story or a sequel. There have even been plans to produce a sequel with the main director returning to helm and script write. However, that sequel has been in limbo since it’s pitch went public. If you’re lucky you might even find the teaser trailer online.

Supposedly Hollywood had ideas about a U.S. live action film produced by Leo DiCaprio but that never saw the light of day and let’s hopes it doesn’t. American audiences are venomous pretentious rattlesnakes when it comes to film these days. Let’s wait to see how the Battle Angel Alita (2018) film does and then we can think about future U.S. anime adaptations like the rumored Gundam film that was just reported to be in development online earlier today.

Happy Anniversary NINJA SCROLL, you still look good in your old age.
Keep your fingers under the sword guard and on that Rewind button.