One of the least frequent reasons we grab the spine of a book while rummaging through shelves of either a library or a bookstore is the sole sight of the title. 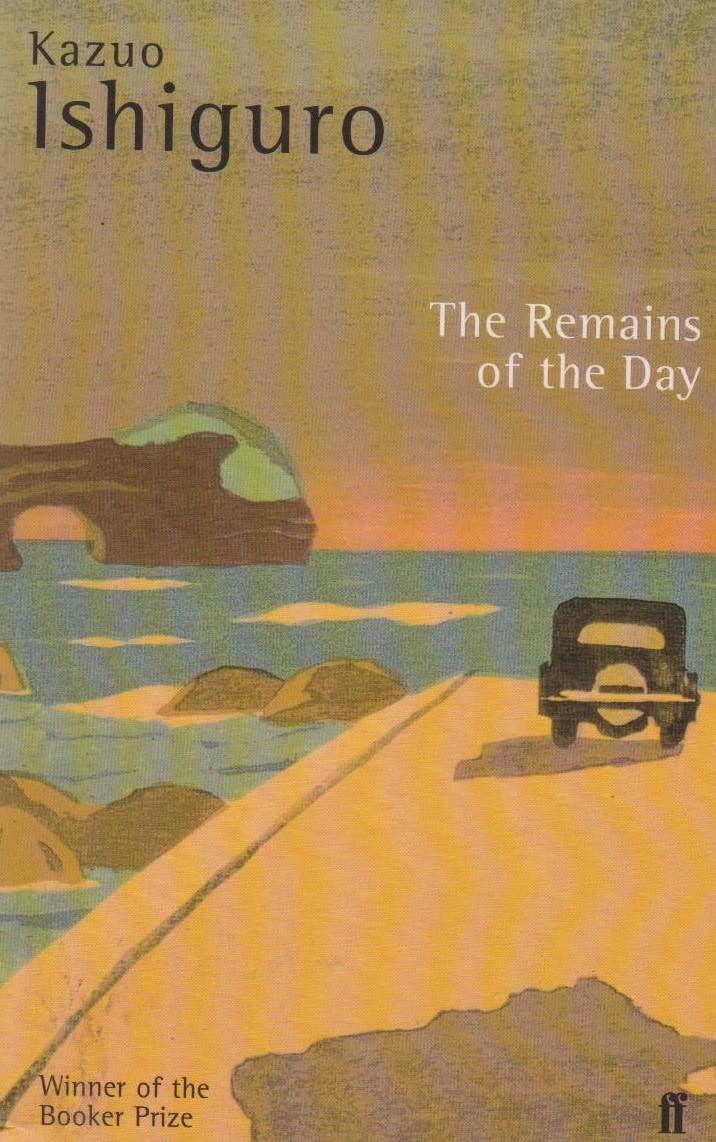 One of the least frequent reasons we grab the spine of a book while rummaging through shelves of either a library or a bookstore is the sole sight of the title. Now this may seem a bit strange but at first glance only. Most of the time our borrowings and purchases take place due to previous recommendations, for the sake of what we have just read or simply because we overheard some stray words of approval towards this, that, or the other novel during the already forgotten circumstances of sheer randomness. Yet there are even rarer occasions when not only does the contingency play first fiddle but is also accompanied by the overtone of an undeliberate and plausible mysteriousness lying behind the cover of a book whose equally unintentional and enigmatic indicator is the title itself. Personally, I have been put under the spell of the above phenomenon only three times, two of which had their form of bizarreness fuelled even more by odd connotations with the days of the week – The Man Who Was Thursday by Chesterton and Monday begins on Saturday by Strugatsky Brothers. When we add another eeriness to this already spooky accumulation of characteristics, in the guise of an ability to make up hidden oppositions to proverbs and adages (I may be getting ahead of myself now but here the one “the last straw that broke the camel’s back” turns into “the first straw that healed the camel’s back”…), only then do we end up in front of the third case, the strangest without a doubt for it sounds seemingly dull and leaves an immediate impression of a pretentious melancholy dispenser. That is precisely what we are facing when reading the inscription “The Remains of the Day” printed on a sleeve. But what are we to face if we actually open the book?

Content-wise, Ishiguro’s third novel centers around a two-paced story of a middle-aged butler – Mr. Stevens – who has recently experienced minor slips and omissions while performing his duties. He decides under the influence of his current employer to kill two birds with one stone: take a short leave by undertaking a trip to Cornwall and meet with his former coworker, a housekeeper Miss Kenton. Since the woman has expressed in a few passages of the letter she had sent earlier the willingness to come back to the Darlington Hall – her former place of employment – Mr. Stevens, after having thoroughly scrutinized the issue of impediments of his work routine and having come to the conclusion that they must have been caused by the understaffing, sets out in his employer’s Ford on a journey which will soon prove to be an exceptionally solid opportunity to reminisce the mornings, the noons and the afternoons of his bygone days as a butler.

The Remains of the Day floats gracefully and without any hectic haste along a two-way path: the trail of Mr. Stevens’ recollections and the second track which somehow stems out of the former – the butler’s actual travel route throughout southwestern England. The main constituent of the narrative is the pattern of reminiscences. It lays the foundations of the protagonist’s worldview which, although expressed extremely elaborately, elopes from the eloquence of an intrepid intellectual. Frankly, thank god it does, for our narrator is a butler after all – indeed, as refined and sophisticated as one can only be – not a thinker and the very second we would hear a profundity of a philosophical gravity coming out of his mouth, he would immediately lose his credibility as a character and make us cringe to death. Nevertheless, he provides us with the intriguing notion of what qualities make a great butler and enables us to observe his maturation as a head of servants at the Darlington Hall which coincides with the death of his father, an ex-butler himself who has been working under his son for quite a while. Not to mention a real treat: a sneak peek at how the British political elite has been led by the nose for the whole second half of the 1930’s by the Germans (one of Lord Darlington’s then most prominent guests during occasional meetings held behind closed doors was the German Ambassador to the United Kingdom and the latter Reich Minister of Foreign Affairs Joachim von Ribbentrop).

The second way is marked with a mere physical presence of Mr. Stevens driving the Ford to meet Miss Kenton – now Mrs. Benn – who is currently living in Little Compton, Cornwall. It serves the purpose as a spur which takes shape of such banal trifles like e.g., a view from a gable, a rain lashing at the windowpanes or the act of driving a car. With remarkable ease they relocate us then to the first path of Mr. Stevens’ recollections and memories. However, it is only by means of these very reminiscences and how they are woven by Ishiguro that the real magic of the novel materializes itself before our eyes and binds us to reach out for exquisite intricacies which should be, instinctively speaking, as ethereal as a dream pop song reverberating lazily as a vaporish soundtrack to a hazy scene full of slow dolly shots and tiring long takes. But miraculously they are not. What are these exquisite intricacies, then?

They revolve around a certain meta-bookish “center of gravity” which, in spite of its highly intuitive presence and discernibleness, resembles the one that powers and constitutes the astounding intensity of avant-garde novels (or books which are considered as ones). Instead of floating beyond conceivability and inconceivability of language, without putting on a splendid array of masks to half-hide and cover countless faces of letters and avoiding another odd-shaped facet on the gem called Trailblazing Literature, Ishiguro’s novel still leaves us riveted to these tempting levels of self-iteration although in this instance their subtly skulking alcove seems to be situated in a room called “unstandardized standard”. “Standard” because it conveys the classical “going-on” mode of letters to present themselves as means of causes and effects, of reasons and aftermaths, of scenes that simply show everything there is to be depicted for this and no other bedazzling purpose only. Yet it stands out in the unstandardized way, quite paradoxically, thanks to its steadiness and regularity which somehow accretes into a remarkably vivid, palpable rootedness, a thing almost unthinkable in this transcendental environment. So there it is and not after many a page we descend into the heart of its matter – the nucleus of “could-have-been-ness”.

This surprisingly tangible though highly inexpressible delicacy of the book hews and hones us in a delightfully unoppressive way into the shape of a genuine unassuming reflectiveness, bathed gently in a fragrant extract of consuming yet good-natured melancholy (not the phoney one which I feared would squirt out of the title in the beginning). Its complacency, its composure, its palliative nature creates some sort of meta-oasis, an ultrasafe haven where we can douse our sails and draw several deep breaths. This new-found serenity marvellously muffles the frenzied bedlam we are all more or less quietly suffering from nowadays. There is only one thing we should never forget: to watch out for the “splinters” of “could-have-been-ness”. The more we saunter around the quay of melancholy, the greater the chances for one or two of them to pierce our skulls and go deep inside the contemplative and sensitive “flesh” of our memories. Keep in mind the fact that under the circumstances any medicaments or drugs which would alleviate the ensuing pain may be hard to come by. Ultimately, the only ointment we have been left with is the remains. The remains of our day…

Now, grinding to a halt as the remains of this text are not far from a total depletion, I still can’t stop pondering upon the essence of the above traits and features of Kazuo Ishiguro’s work. From the title which goes slightly à rebours the traditionally perceived sayings, to the mesmerizing benevolence or even the acquiescence we revel in while recuperating at the core of book’s hypotheticality, at the tranquil “perhapsness” which unforcefully triggers our own recollections, counterpointing those of Mr Stevens – have they all been conceived to console? Have they all been contrived to give us – the camels that carry the ever increasing heaps of straws – a nugget of hope that our backs will not break under the fiendish weight of hay after all? I have always been extremely cautious and dubious about books which have a tendency to tamper with readers’ reminiscing abilities. Has it been so because my own heap of straws formed a certain pattern of distrustful reproach towards such a phenomenon – I am not sure. All I know is The Remains of the Day took me by surprise with its equable persistence to enchant with simplicity of an underlying sophisticated quietude. Given my previous leeriness, perhaps it would be an overkill on my part to claim that the novel has managed to get rid of a few straws off my back, yet I cannot deny that I feel I am slightly taller than I have been before the reading. And I wish you regained an inch or two as well, even if just for a final sunset paving the way for the remains of your last day…