Home / Movie Review  / Bound by Honor a.k.a. Blood in Blood out

Bound by Honor a.k.a. Blood in Blood out

Blood In Blood Out (also known as Bound by Honor) is a 1993 American crime-drama film directed by Taylor Hackford. It follows the intertwoven lives of three Chicano relatives from 1972 to 1984. They start out as members of a street gang in East Los 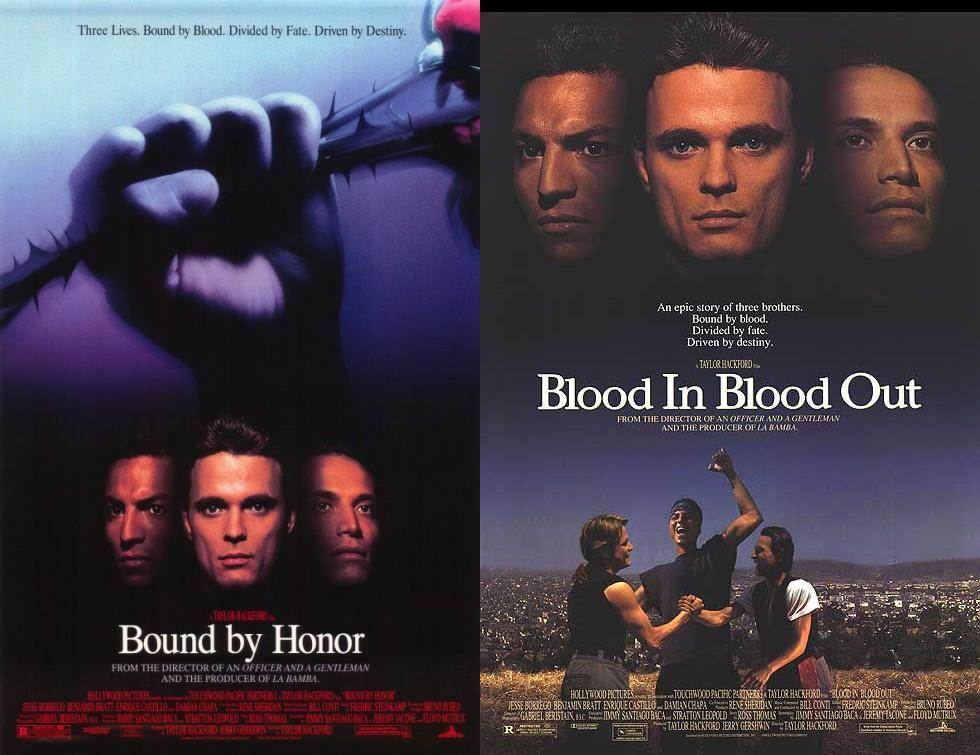 Blood In Blood Out (also known as Bound by Honor) is a 1993 American crime-drama film directed by Taylor Hackford. It follows the intertwoven lives of three Chicano relatives from 1972 to 1984. They start out as members of a street gang in East Los Angeles, and as dramatic incidents occur, their lives and friendships are forever changed. Blood In Blood Out was filmed in 1991 throughout the Spanish-speaking areas of Los Angeles and inside California’s San Quentin State Prison as summarized by Wikipedia.

It wasn’t until 1997 that I discovered Bound by Honor one late night surfing through cable channels. I was immediately taken away by this coming of age story and family drama set in East Los Angeles. It’s like if John Hughes grew some cojones and made a crime film. I re-watched it upon repeated showings and recorded it twice onto VHS for after school viewings with my school friends. And here I am, a freaking adult still finding this film enjoyable each and every time I watch it. 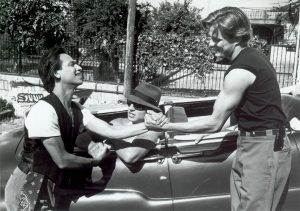 This film is chock full of so many quotables – even more than VICE SQUAD , a film that I previously reviewed here on New Retro Wave.

“His blue eyes are turning brown”

“Give me some, Chon Chon”

I can go on and on for hours like I already do when I’m on the clock cooking at Hooters. This was that movie, more than American Me, that gave us urban east coasters some low down on how the players get down out in the West.

One of the leads in this wonderful cast of character actors is a very young Benjamin Bratt as Paco, a former juvenile delinquent and gang leader who later in life becomes a member of the Los Angeles Police Department. Benjamin is one of those actors that you kind of remember when you see him in another movie but then his charisma and talent shine through and you immediately are taken into whatever character he is playing. My other favorite film of his is absolutely Leon Ichaso’s Pinero (2001).

The film goes from the back alleys of East Los Angeles all the way inside the very real San Quentin penitentiary where not only crew members but some former inmates and prison staff played small roles in the film. The in film gangs were all based on real ones with the Aryan Vanguard, BGA and La Onda taking direct inspiration from the Aryan Nation, Black Guerilla Family and the Mexican Mafia. 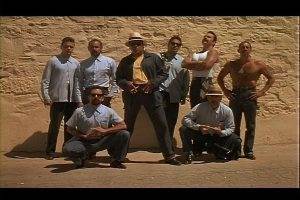 I find this film to be a touching, funny, exciting and sometimes a heroic urban tale of innocence lost and family. Miklo suffering like some angel cast out from society and plunged into a living hell where he learns to survive the hard way and achieves the life lesson of “Better to rule in Hell than serve in Heaven”. It takes a little bit to warm up around the first fifteen minutes but the experience is worth it. This being the director’s cut of the film so the runtime is a little bit over three hours but I assure you its three hours well spent.

Now you may have noticed I haven’t for once disclosed any plot details. That’s because, I’m not spoiling a damn thing for you. I’m very sure that many of you have seen this film already and if you haven’t well then here is your well timed chance to see this.

The film was made on a budget of thirty six million and earned only four million at the box office. Upon release Bound by Honor received mixed to negative reviews by critics. It’s another example of Roger Ebert shitting the bed and not liking a very enjoyable film. It currently holds a 55% rating on Rotten Tomatoes. 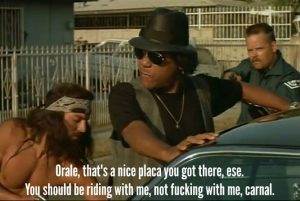 If you like films like American Me, Penitentiary, Lock Up, A Bronx Tale and Menace 2 Society, you should have no complaints about this one.

So go get a can of “Chinga tu madre” and relax to some coffee. It’s a good night to have a good night, so tune in and keep your fingers on that rewind button.