Some concept cars are a bit like the items for sale on Chinese wholesale mega sites. In the photo you see a sleek, well designed garment or gadget. It looks like a world beater but upon arrival, it turns out it couldn’t beat and egg. I

Some concept cars are a bit like the items for sale on Chinese wholesale mega sites. In the photo you see a sleek, well designed garment or gadget. It looks like a world beater but upon arrival, it turns out it couldn’t beat and egg.
I recently took a trip to a motor museum here in the UK and really enjoyed seeing some of the concept cars there. Seeing some of them did make me wonder what the hell happened between that and the production stage because hands down, the Brits created some of the most underwhelming cars in the combustion engine golden era. In this month’s article I’ll share some of my favourite concepts, some of them have since become stars once again contained within the artworks throughout the synthwave community. 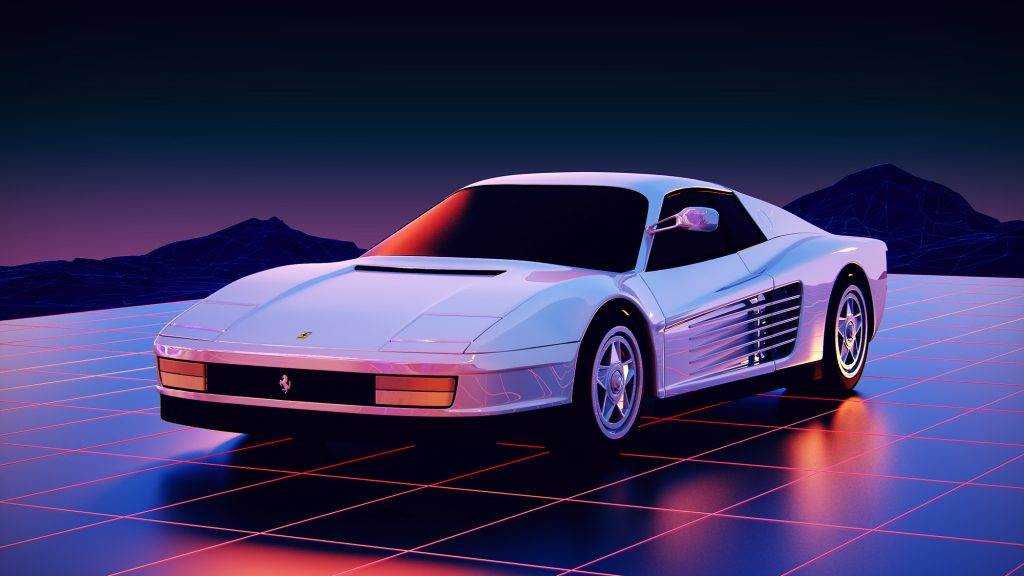 Certain people imagine alien life to be something almost unbearable to look at. Ugly, squat, wrinkled figures, with a chorizo like complexion and glowing fingers. Unlike Spielberg, I like to imagine alien life as something a little more refined. Like a race that doesn’t need clothing to look smart, with eyes that stare out from a completely natural formation that resembles a visor and a svelte physique, yet with incredible power. If this kind of humanoid “E.T” drove a car, it may well look like this. 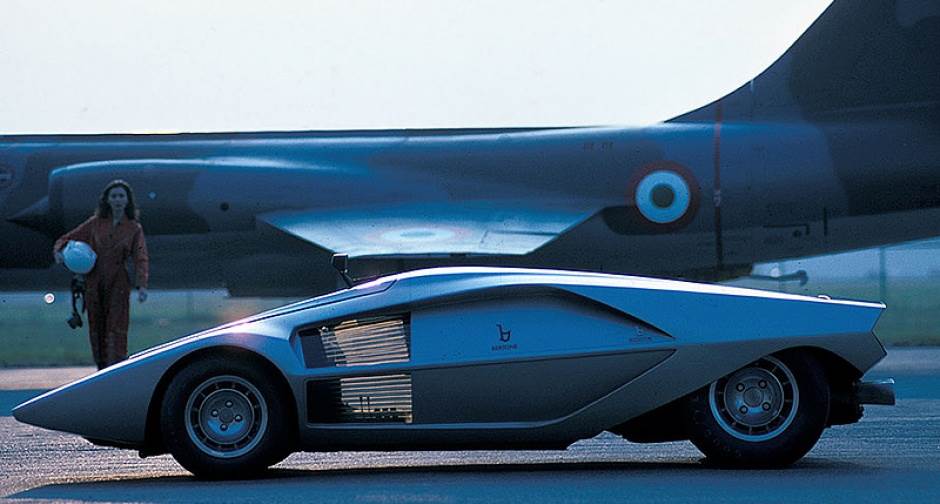 Bertone, like Giugiaro has styled for many manufacturers. Abarth, Alfa Romeo, Aston Martin, Citroën, Ferrari, FIAT, Iso, Lancia, Lamborghini, Mercedes Benz, Opel and Volvo, among others. The family business survived two world wars and carried on with the familiar style, right up until Nuccio Bertone passed in 1997. It was Marcello Gandini, working for Gruppo Bertone, who created the Stratos and presented the radical design to mortals in the 70’s, who could only try and keep up. Powered by the Ferrari Dino 2.4 L V6 engine that was also fitted to the rallying versions, but in a lower state of tune, it resulted in a power output of 190 hp, giving the road car a 0–100 kmh time of 6.8 seconds, and a top speed of 232 kmh (144 mph). The car was sold as the Lancia Stratos HF Stradale. 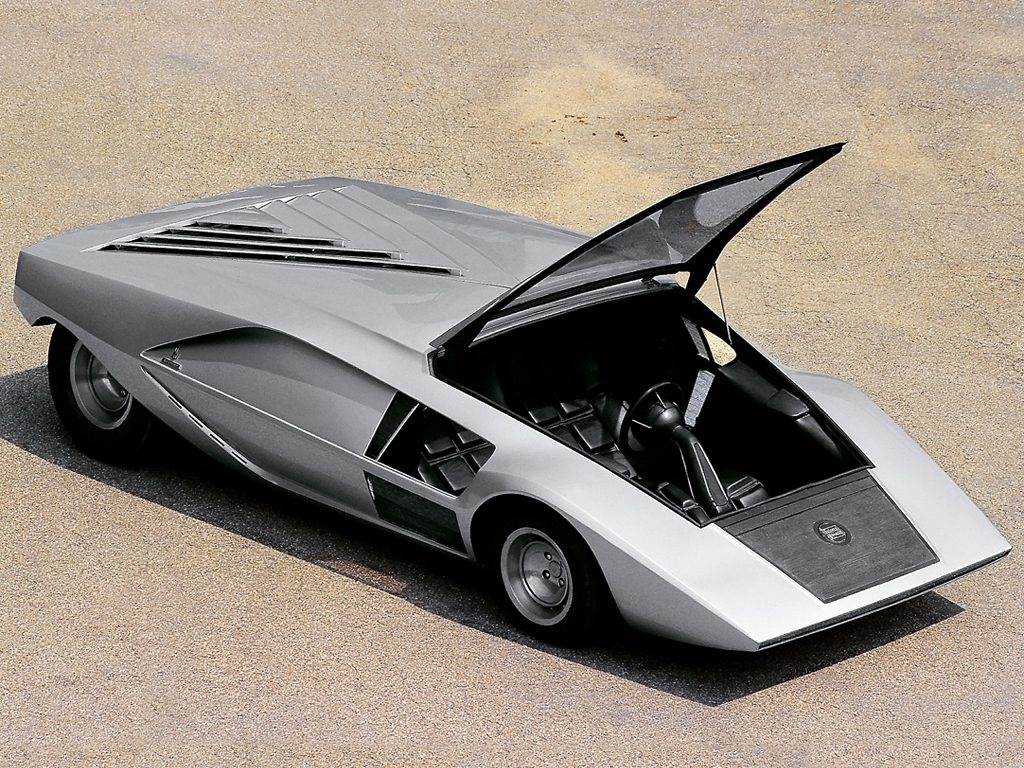 The Stratos HF was a rally weapon that dominated in its class in the 70’s. It’s worth mentioning now that Gandini also designed the Lamborghini Miura, Countach and Diablo. Three of my favourite vehicles of all time. Check him out on Wikipedia and you’ll probably pick out a few you love to.
The Zero was far too wild for production but it was used in Michael Jacksons Moonwalker and in later life, as a fascinating museum piece. 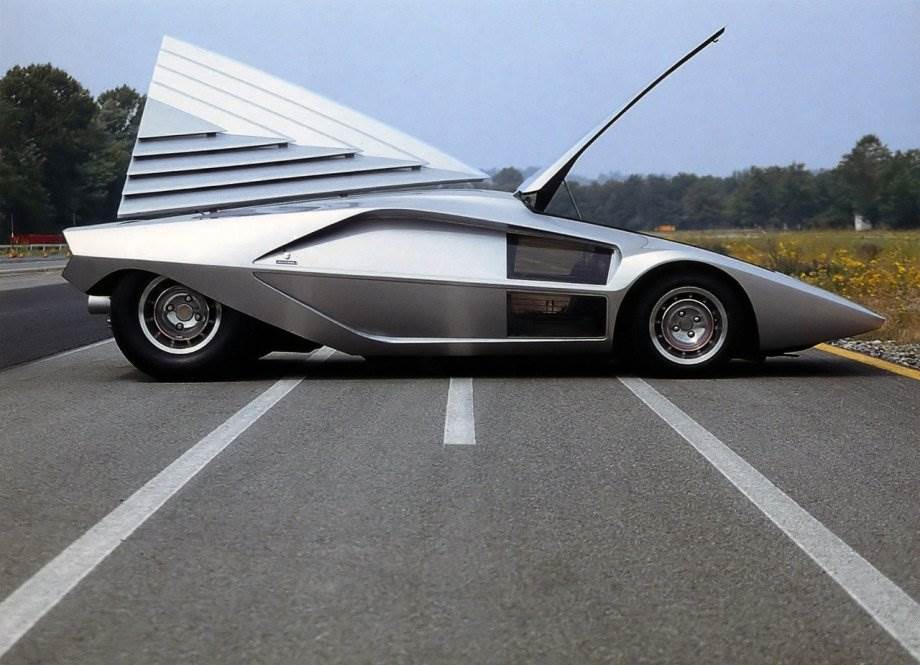 My dad had a late 80’s Peugeot van and although the basic lump in it could probably run on French wine forever, it sounded like a WW2 tank.
This Oxia was a bit of a golden carrot for car nuts the world over, coaxing them over to Peugeot expecting big things but aesthetics wise, the rest of Peugeot range in the 80s was far from spectacular. 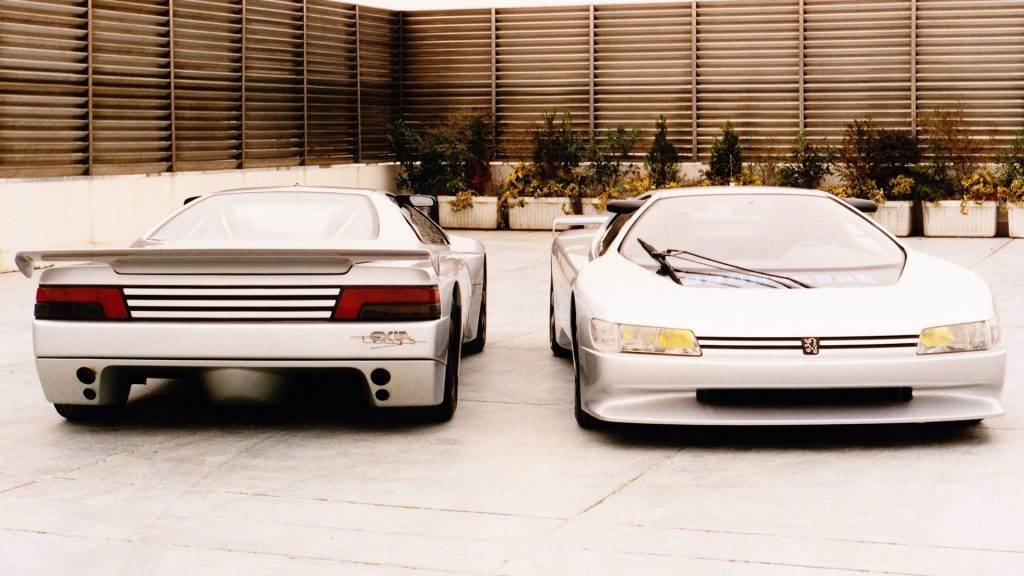 The Oxia would probably see off a number of super cars in the same class today. The styling reminds me of a less brutal looking Saleen S7, or an even more elegant Isdera Commendatore. The exterior was made of carbon fibre, Kevlar, and epoxy-resin composite bonded to aluminium honeycomb and sheet panels, giving the car a lightweight and superb handling. Pushing along the mere 3000lbs is a mid-mounted biturbo 2.8-liter V6 engine with 670 hp and 535 lb-ft , six-speed manual gearbox, AWD, four-wheel steering.
The two-seater cabin was able to provide a continuous airflow even when the car’s engine was not running thanks to the energy stored in the 18 solar cells installed at the base of the windshield. Electrically-adjustable seats and a CD player were also interesting to find on a car from that era, as were the spectacular butterfly doors. 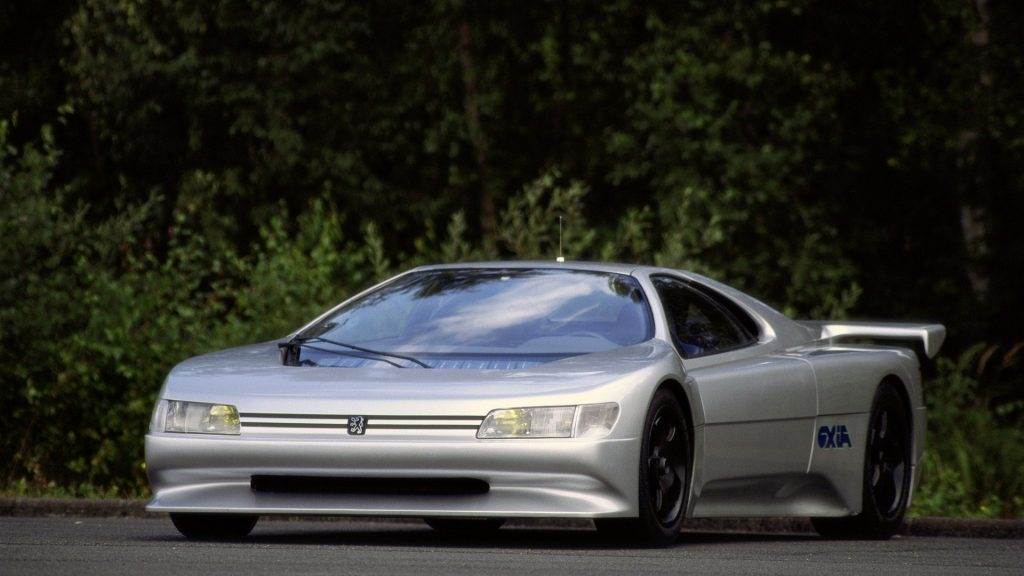 The dash reminds me of the perfectly laid out cockpit of the Nissan Fairlady. The digital green readouts compliment the 80’s grey primary colours and the simplistic, yet flowing lines are quite timeless. I personally think this is perhaps Peugeots best design. I wish we had seen more of them or have it battle it out with another supercar from the same era.

Dome is worth a mention. (株式会社童夢 Kabushiki Kaisha Dōmu), literally “child’s dream”, is a Japanese-based racing car constructor, involved mainly in open wheel and sports car racing. Back in 1975 Minoru Hayashi started the Dome project and by 1978 The Dome Zero prototype was unveiled the public. The intention was to run a car at Le Man and also produce a small run of sports cars. The Dome Zero, much like the Stratos Zero, was designed with every intention of chopping pedestrians in half. The fascination with wedge shaped cars began well before the 80’s and continued into the 90’s. Space aged lines, full wrap around windscreen, pop up lights and loads of air intakes. It was by no means powerful with its 2.8L L28 SOHC straight-six engine from Nissan producing 143 hp, but it only had to propel a 920 kg (2,028 lb) chassis. With this engine, the Dome Zero offered a power-to-weight ratio that closely matched Porsches of the day. 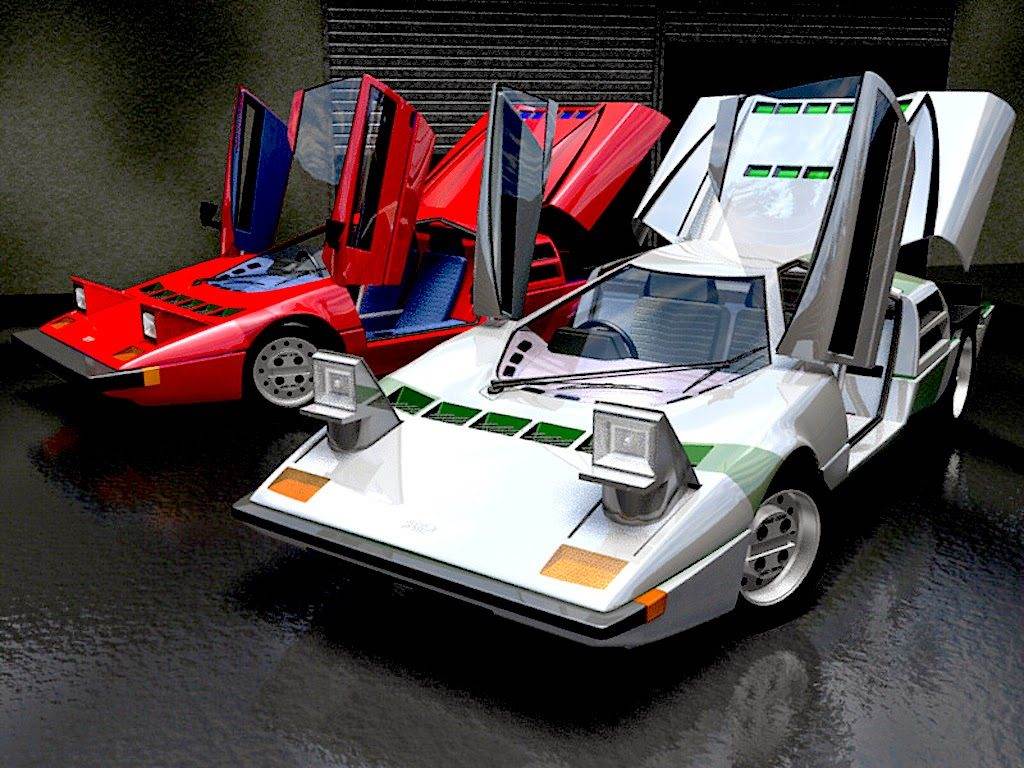 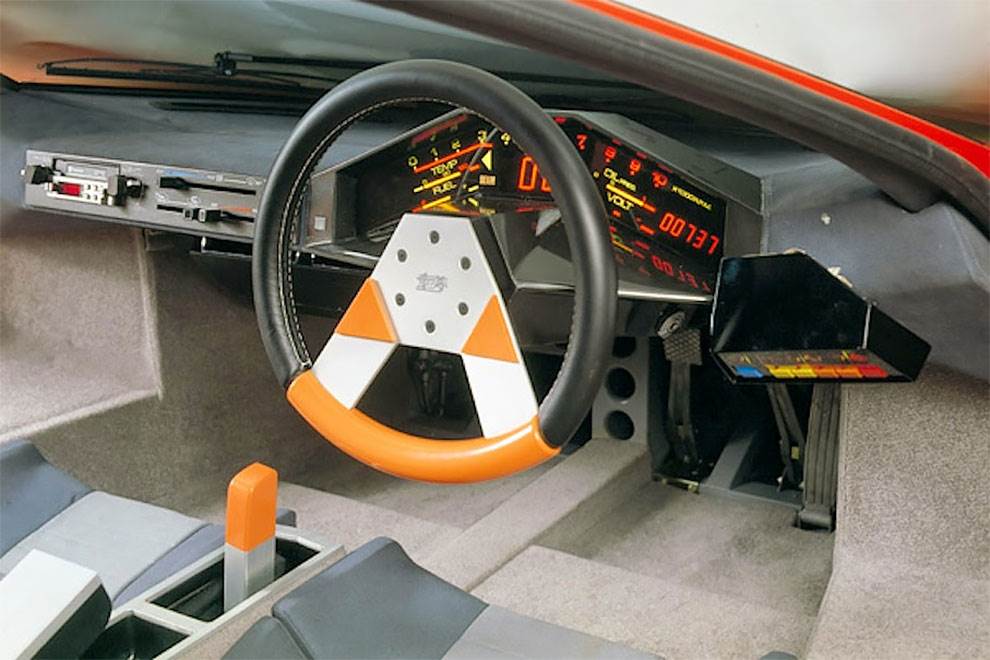 Although the car inspired many and created a buzz internationally when it was shown, the Dome project was canned after a failed attempt at Le Mans. Dome created the Zero RL which was still pretty crazy looking but failed to finish at Le Mans in ’79 and a last place in 1980. 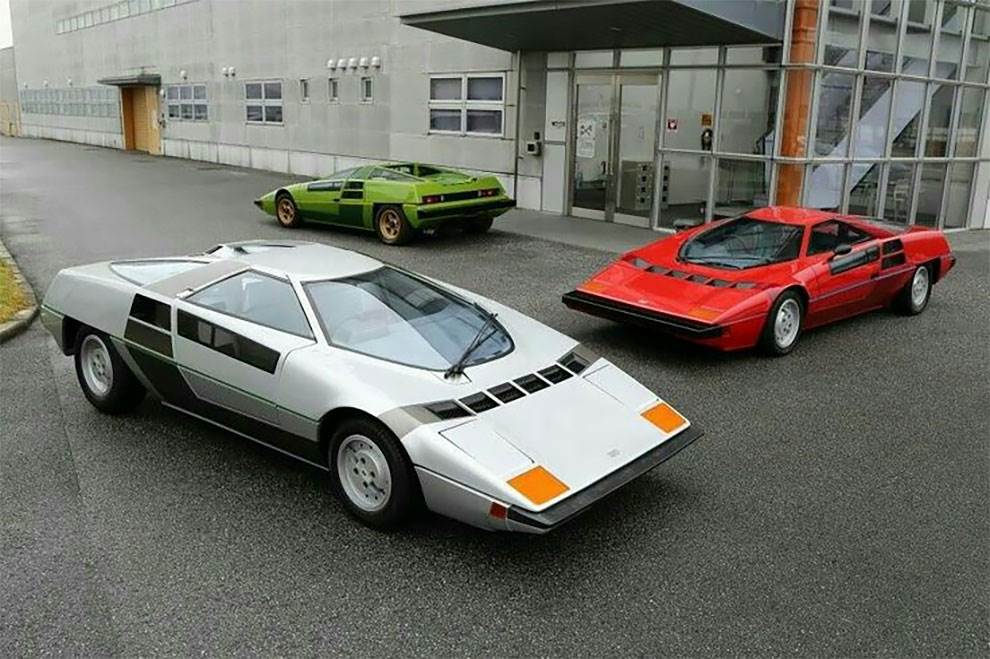 The inspirational design lived on through the first generation Transformer character Hot Rod and appeared in video games, including Gran Turismo. Since that time though Dome still continues today, competing in various aspects of motorsport. Check out some of their history here on their website.
http://dome-museum.com/category_car.html

I couldn’t really write an article about retro concept cars without mentioning the Dodge M4S, more famously known as the car from the movie The Wraith.
Dodge originally built the car as a technology showcase. The Americans are famously known for ignoring certain developing technologies and continuing to use massive engines outputting shameful figures. Although in the case of the M4S, the engine was actually only four cylinders but with an added boost of a twin turbo induction.
The mid-engine car had a tested and confirmed top speed of 194.8 miles per hour (313.5 kmh) and could go from 0 to 60 miles per hour (97 kmh) in 4.1 seconds, with more than 440 horsepower. 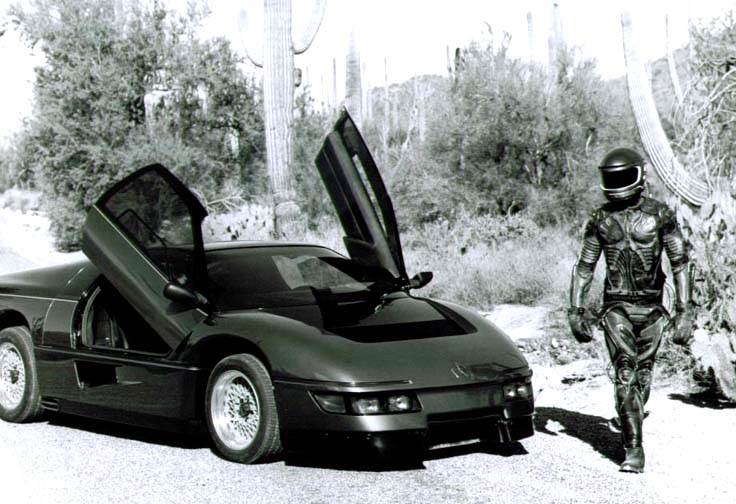 The Wraith is a movie you’re going to have to go and watch, if you haven’t already. The M4S in all black is driven by a dead racer, who was killed in shady circumstances and then seeks revenge on the road.
If you’re a car fan the movie is full of interesting and rare machines but undoubtedly the M4S prototype is the rarest. 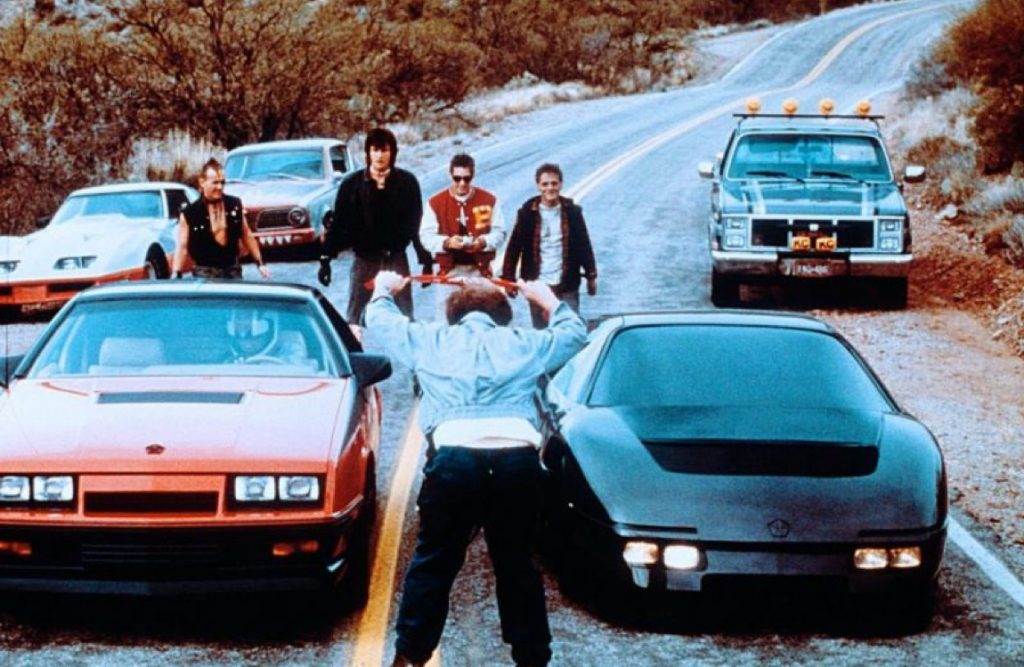 The Dodge looked as though it was built for another time but that’s what concepts are for. Designers are here to push the boundaries and stretch out of conformity. Without them, some movies would not have been as iconic, or so memorable. Conceptual artists are still able to let their imaginations run wild and I hope that there is still some room for some road movies. Today we see concepts with more computers and technology than we could ever have imagined, intelligent cars that could propel us even faster. Lets hope that all of the control isn’t all taken away one day. Something about taming materials, constructing something powerful and then taming that, is something that feels right. If only for the Wraith soundtrack alone, grab some popcorn and turn it up!