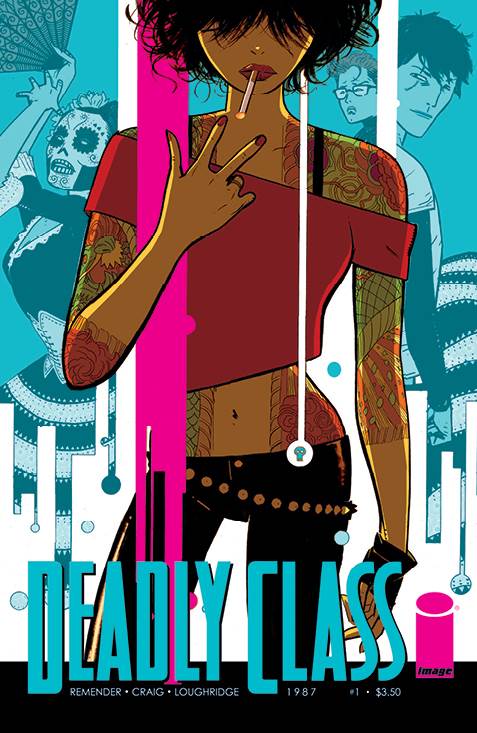 Imagine Dead Poets Society, Outside Providence mixed with La Femme Nikita. Because, today Syfy network just released its first trailer for the upcoming adaptation of Rick Remender and Wesley Craig’s series Deadly Class. Published by Image comics, Deadly Class tells the stories of students enrolled in the exclusive and secret King’s Dominion Atelier of the Deadly Arts, an academy where prospects are trained and educated in the craft of assassinations before they graduate into the criminal world.

“Image Comics has published Deadly Class on a mostly monthly basis since the first issue was released on January 22, 2014.” – Wikipedia

No premiere date has been announced, but the series will debut in 2019.