Directed by Fabio Frey and written by Fabio Frey, Joey Thompson with Pedro Correa. Film Synopsis: When 30 year old millennial poser Davey Slater discovers his dad isn't his biological father, he takes to the streets of Venice Beach with his now ex-brother Feather, to uncover 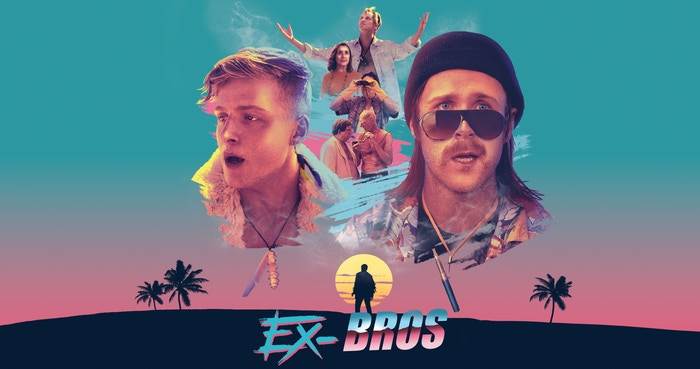 Film Synopsis: When 30 year old millennial poser Davey Slater discovers his dad isn’t his biological father, he takes to the streets of Venice Beach with his now ex-brother Feather, to uncover the identity of his true paternal figure and reclaim his sense of belonging.
– exbrosfilm.com

I was very happy to receive this film in my Gmail since; I really liked the film Drive 2: the Uber Years. I’m not too often entertained by a lot of new humor or comedic attempts in recent film. I am however, very entertained and tickled by the tone and balls in the wind approach to comedy that a lot of Adult Swim shows have had since way back when Venture Bros. and Aqua Teen Hunger Force first started. I love absurdity and I love off beat rhythms to my comedy. 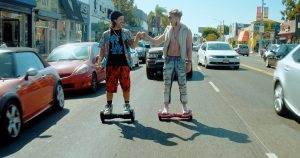 What we have here is almost a dash of Reno 911 with the spirit of those great Savage Steve Holland films. I’d like to add that I love any kind of satire or parody of modern day millennial’s. I mean just look at Feather.

Our main protagonist is a hopeless, rudderless, thirty-year old aimlessly drifting through life under his parents roof until he discovers that his real dad isn’t his actual dad, it’s a fake dad, he’s been Shanghaied by his mother and some weirdo stranger his whole life. Who is his dad? Who was his dad? Why was his dad? Together with his dim ex-brother Feather, they jump on their gyro-boards and go out into the wilderness that is Venice Beach on the manhunt for his mystery sperm donor. From doctor to hobo, no stone is left unturned and no time is wasted on the electronic THC phallic like vape.

The setting is very crisp and filmed with a lush pallet of summer colors. The music is also a nice layer of West Coast goodness with compositions by The New Division, Missing Words and Hello Meteor.

On a scale of 1 to 5 lines of White girl on a fresh new Cd case, I give this an illicit 4 lines of fairy dust. So go ahead and peep some new school goodness and soak up some rays of sunshine. And always remember to keep your damn finger on that Rewind Button. WATCH IT!