This is a review of the first two episodes of the new Youtube Red series Cobra Kai. Cobra Kai is the continuation of the Karate Kid storyline, taking place 34 years after the events of the first film  and it's sequels (probably not the Jaden Smith 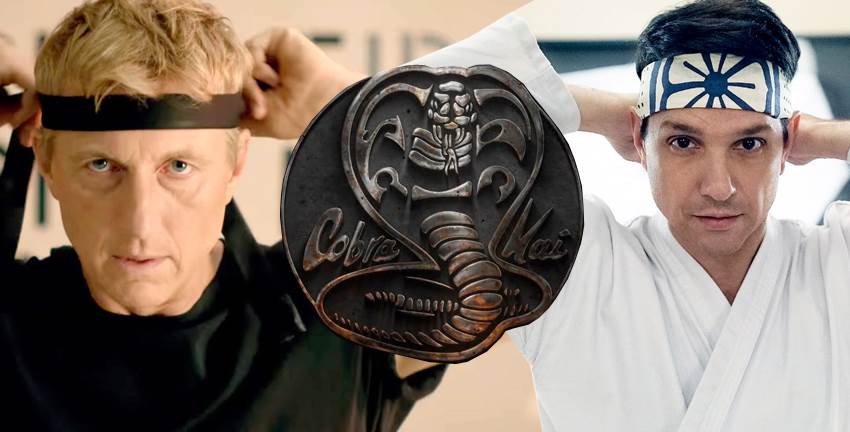 This is a review of the first two episodes of the new Youtube Red series Cobra Kai.

Cobra Kai is the continuation of the Karate Kid storyline, taking place 34 years after the events of the first film  and it’s sequels (probably not the Jaden Smith one). Starring Ralph Macchio and William Zabka reprising their famous roles of Danial Larusso and Johnny Lawrence.

Now I know I’m not alone in saying this but, as good as the trailers looked and the trailers were good, I was almost fearful that this was going to be some sort of nostalgic sugar cookie ; more parody than sequel. I already had my personal theories of  how the show would end it’s season. Now what I didn’t expect was Cobra Kai exceeding all my expectations and actually looking like a pretty good show.

The show creators are the guys behind the Harold & Kumar films. If i knew that going into this I’d probably have lesser expectations but, “Wow”. It’s good. Yes there are elements of comedy but, in no way is the levity forced or insisted upon you like 90% of the comedies now-a-days. The jokes are situational and the writing and much appreciated acting by Zabka and Macchio sells every word uttered.

I’m only talking about the first two episodes because, those are the ones that are free to watch. I’m confident that they will engage and suck you into them as they did me. From there you can make your own decision to subscribe to Youtube Red or not to finish the journey. I do recommend you finish the season to get the full journey.

Story:
Johnny Lawrence’s life hasn’t been too good after the All-Valley Karate Tournament of 1984. As you know his sensei disowned him and the Cobra Kai name became obsolete. Johnny is now unemployed and living in a cruddy apartment eating bologna slices with syrup (One of my childhood favorites) and watching 80’s movies listening to life lessons from the characters…. Basically Johnny is living my life.

He’s never really recovered from the crane kick. A crane kick that is still debated as being an illegal kick or not. While Johnny’s life has hit the skids. Daniel’s life has reaped success. After winning his second Karate Tournament in the Karate Kid III, Daniel has matured, married and became a father of two. He runs a successful car dealership and leads a good life.

The first episode and series follows Johnny as he deals with being a deadbeat dad and washed up schlub of his former self. Until one night he decides to reclaim the one thing that gave him purpose and that’s Karate. Johnny reopens the Cobra Kai dojo and begins training new students; starting with a young man named Miguel.

Second episode while still keeping Johnny as it’s main perspective gives us more of what Daniel’s life is like. How the success he’s had has in some ways lead him astray of the moral teachings of his late sensei Miyagi. His life isn’t so great. His son is more into his ipad games and modern distractions that he is being a kid and his daughter in some way is veering toward the wrong path. 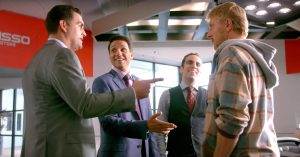 Don’t get it twisted folks – This isn’t panhandling for your nostalgic dime. This show is well written and well done and has a lot to chew on.

William Zabka is both still as much of a hard-ass as he was back in high school as he is tragic hero. See from Johnny’s point of view he was the hero who failed and lost what he sees Daniel has gained. You relate to Johnny and you root for him. His teachings are rough but he’s right, “It’s a rough world and if you want something you’re gonna have to go get it”. The parallels between him and Daniel are evident. Both men are two sides of the same coin and if not for their own personal journeys and demons from the past – they might actually be friends. The scenes between them are really good. You can still feel that tension under the surface. And I love how at the drop of a hat it’s Daniel who’s ready to throw down. Both men doing a suberb job of displaying the humanity of their characters. 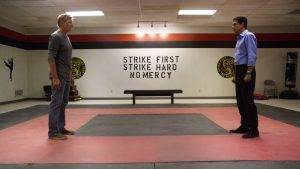 The music is BOMB and Awesome.

So I highly join the millions of viewers and fans when I say, this is a must watch. It’s everything you wanted from a Karate Kid sequel- Heart, drama and human relationships.

Watch it Now! and keep your finger on that Rewind button.
Created by Jon Hurwitz, Hayden Schlossberg, and Josh Heald and stars Ralph Macchio and William Zabka, reprising their roles from the films. It premiered on May 2, 2018 on YouTube Red.