If what people say to me is true, retro stuff is useless and dirty and should be left to rot in museums. If what they all say comes true, maybe they're right. It sounds like we're moving into the cleanest, cheapest, easiest way of life 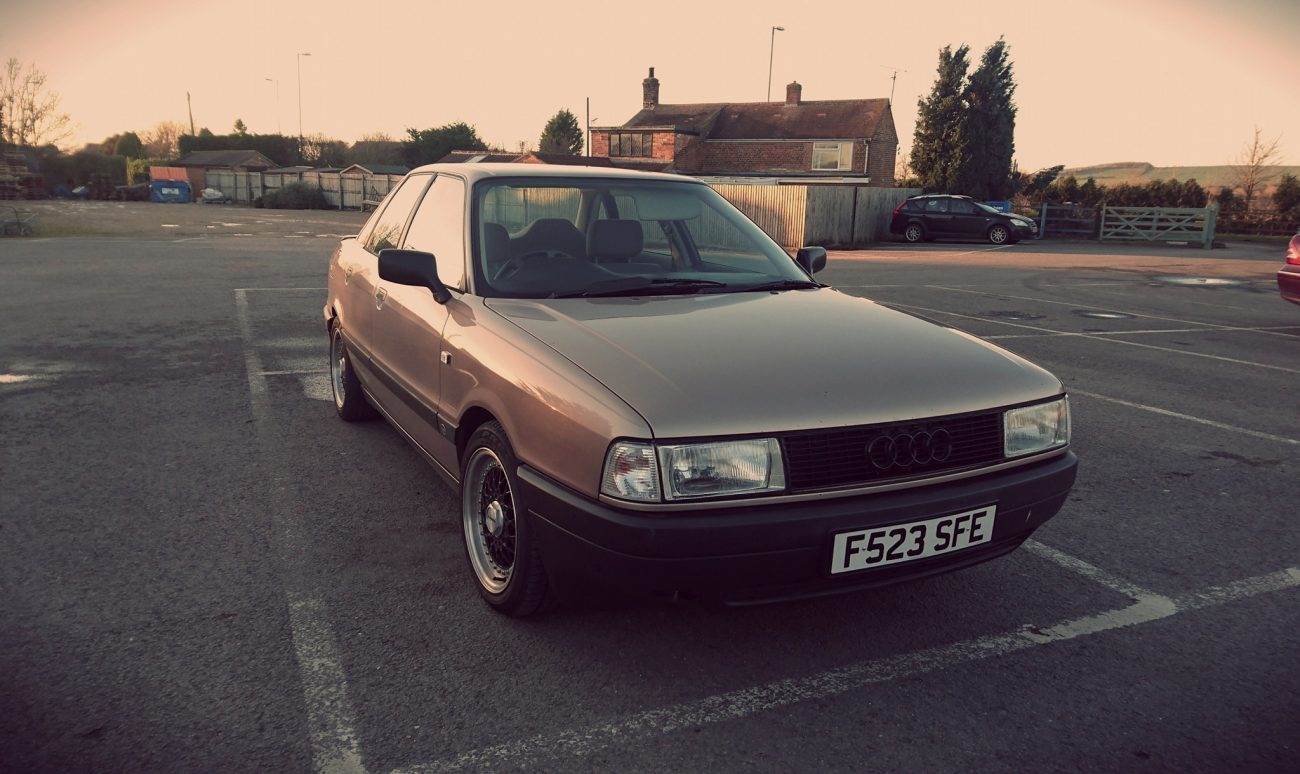 If what people say to me is true, retro stuff is useless and dirty and should be left to rot in museums. If what they all say comes true, maybe they’re right. It sounds like we’re moving into the cleanest, cheapest, easiest way of life ever in the future.

Cars will literally drive themselves, leaving you to be able to eat and sleep whilst a computer does all the hard work, at a fraction of the cost! Don’t worry about having to wait for your car to charge either because robots will be doing your job for you, so you can chill out at home with your nearest and dearest. Even food will be a thing of the past, no more microwaving your machine excreted pies. Once meat has been deemed toxic or something, food powders, pastes and tablets will be delivered to your door via a drone which will conveniently scan your vital signs and never pass this kind of information onto global authorities. Plastic and other waste will be gone to and all the money you save on buying your groceries with no need for packaging like that, will mean you can go on holiday three times a year.

But until the high times of Star Trek like living there are a few teething problems. Like the cost of making the future happen. For the cost of one battery for a Tesla I could have purchased ten Audi 80’s and still have change to buy a pair Nike Mags. But I only needed one car and one that isn’t a silent Jaguar lookalike.

The Audi 80 was introduced in the 60’s as a compact executive car. Audi were fast growing in popularity, more so since their name change from Auto Union, an amalgamation of four automobile manufactures during the great depression in the 1930’s. Conveniently the world found enough money for yet another war and this gave an opportunity for Auto Union to have a go at armored cars and trucks. The U.S remodeled the landscape and turned over most of what was left to the Russians. The Germans, now pushed over into the East, started to rebuild and no one would know just how successful Audi would become. 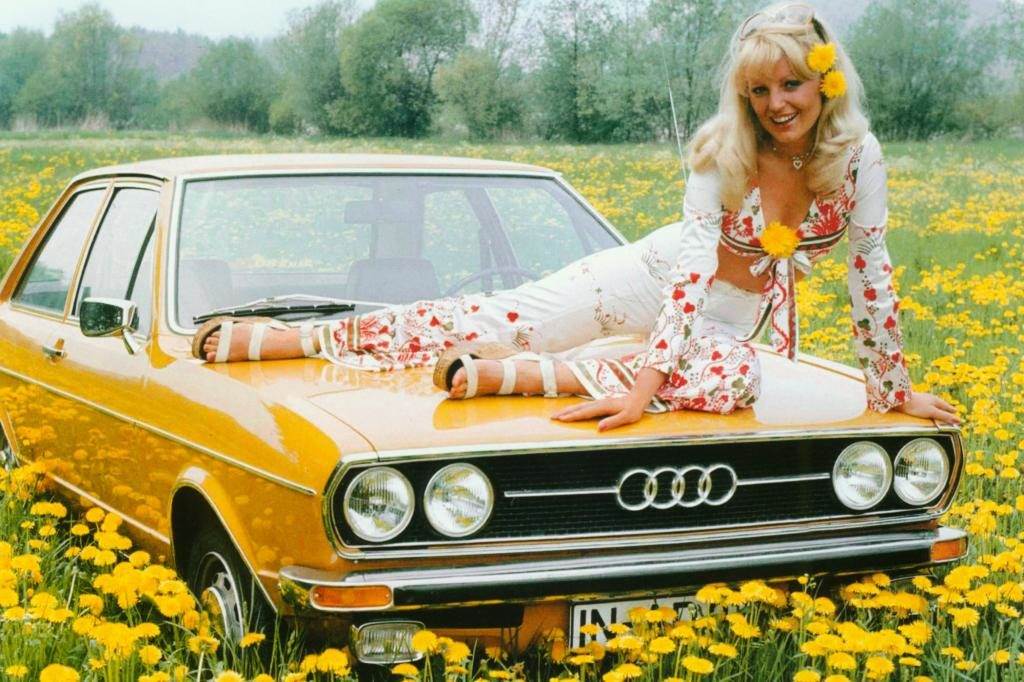 The Audi 80 shared it platform with the Volkswagen Passat, a coupe, convertible and the Avant (Audi’s name for an estate car or station wagon). Again, the ever efficient Germans had a logical alphanumerical range of vehicles. The B1 Audi 80 had a face lift in the 70’s, the full range with two door, four and the Avant, they were built to last at the cost of fairly underwhelming performance. The B2 launched in the late 70’s and had the hand of god, or Giorgetto Giugiaro, design the body for the refreshed look. In the 80’s, Audi unveiled their turbocharged rally machine, the Audi Quattro, or Ur-Quattro, the “Ur” German for “primordial”, “original”, or “first of its kind” although some would dispute that back in the 1960’s, Jensen the British car manufacture had a system developed for their awesomely regal Interceptor. 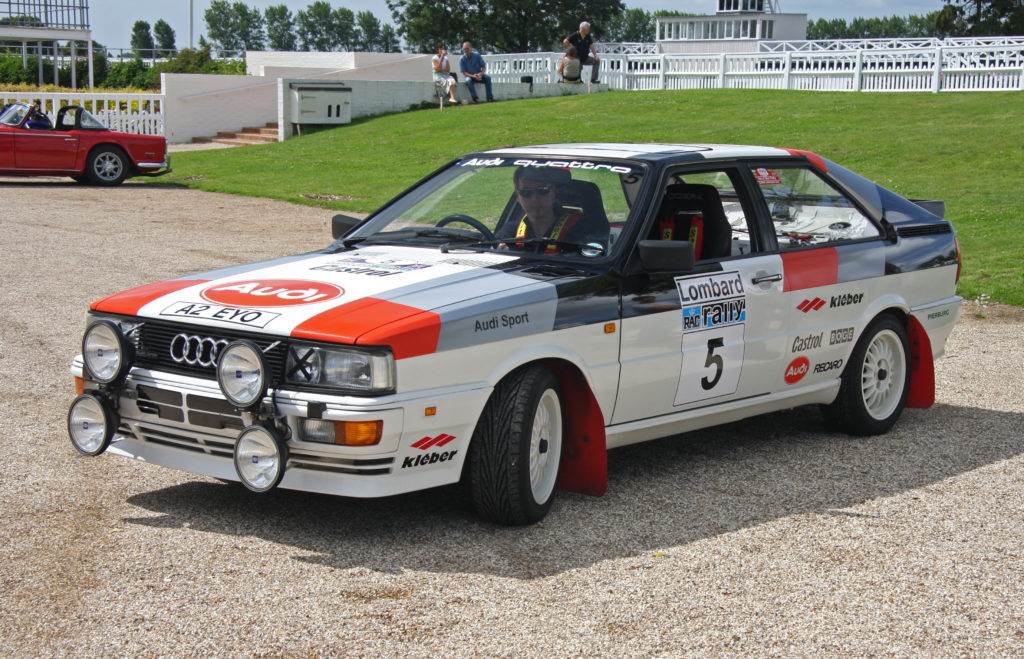 Zero to the shops in 6 seconds

Finally the penultimate B series aptly named the “B3” appeared in ’86, it was finally not having to donor from the VW Passat, this was the all new body with an extensive range of specifications. More aerodynamic and a quattro 20V option was enough to make this a very popular car across Europe and further afield.

Mine in particular is a 1.8 litre 80 E in a rather fetching champagne colour. 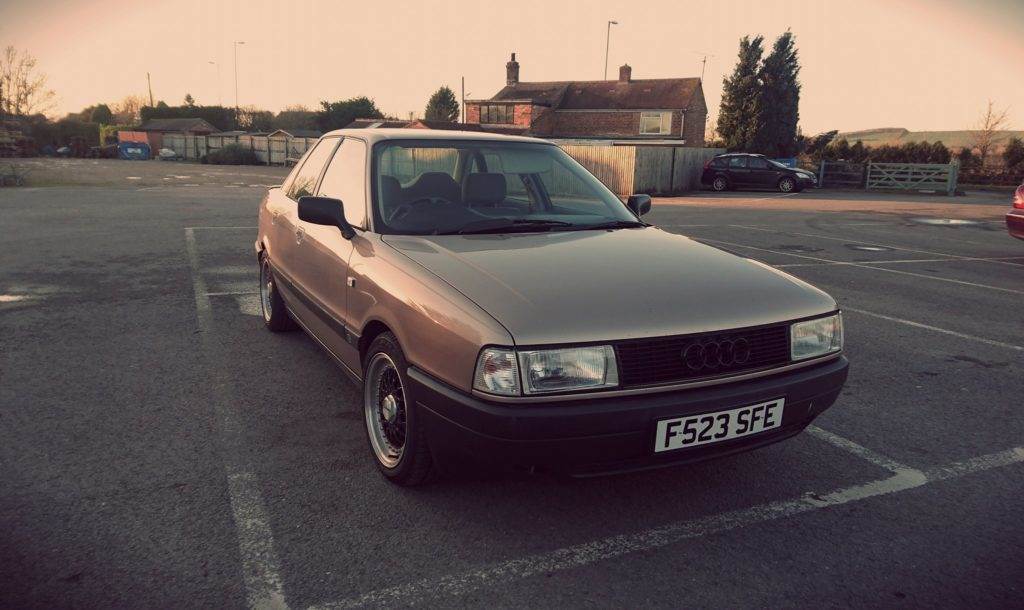 Or is it gold?

If you’re thinking about starting a journey with a classic, I would highly recommend the Audi range from this era. They are built well, with parts still in abundance. The mechanical layout is straightforward and would only require a fairly standard set of tools to start pulling things apart. It’s a no frills experience with the Audi gadgets wise, but then again I needed a solid reliable car for my commute and this thing has just survived one of the harshest winters I’ve experienced, putting into perspective the sticker in the rear window which reads “Ten year anti corrosion guarantee”. I was surprised however by the quality of the sound system, the acoustics alone are pretty cool but the speakers sound like something decent from the late nineties. In the back parcel shelf is a small black box with two headphone jacks, I later discovered this is for the option for the front and rear occupants to listen to different soundtracks, in case your passengers listen to pop music. 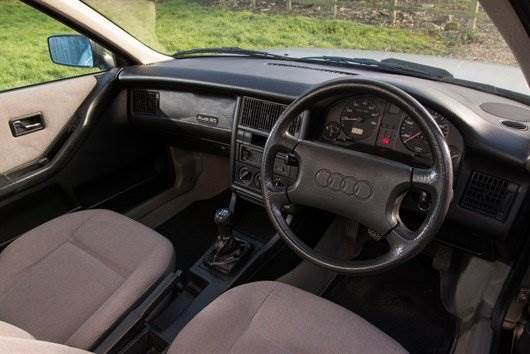 Punch the four rings for horn

You’ll probably notice the wheels are very much not of the Audi range and you’d be correct. It’s currently sat on some Calibre alloys, similar to something from BBS although probably for around half the price. I recently performed an oil change on the car and didn’t expect it to be difficult and indeed it wasn’t, the only reason I needed a jack was because my oil collection tub was too tall to fit under the car. I could reach the sump bolt with ease and the oil filter is placed in the upright position, on the side of the engine, meaning that I could actually unscrew it and not cause death in the environment, unlike some engines where the filter is often positioned I presume, for a joke. 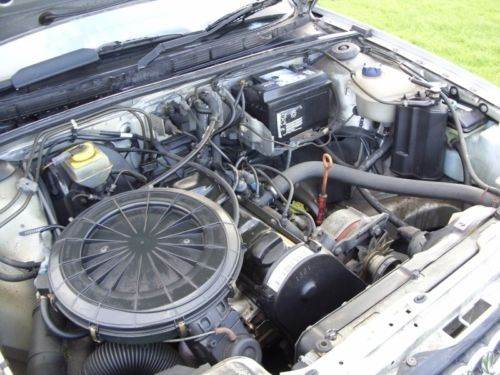 Four cylinders missing but it’ll do

I admit, mine does hold the road a little better than stock thanks to lowered springs and so far the engine gives out enough poke to keep up with modern traffic. In short this is a very usable and cheap classic and with a few upgrades it can bring life back into an old tank, I mean a saloon, like this. 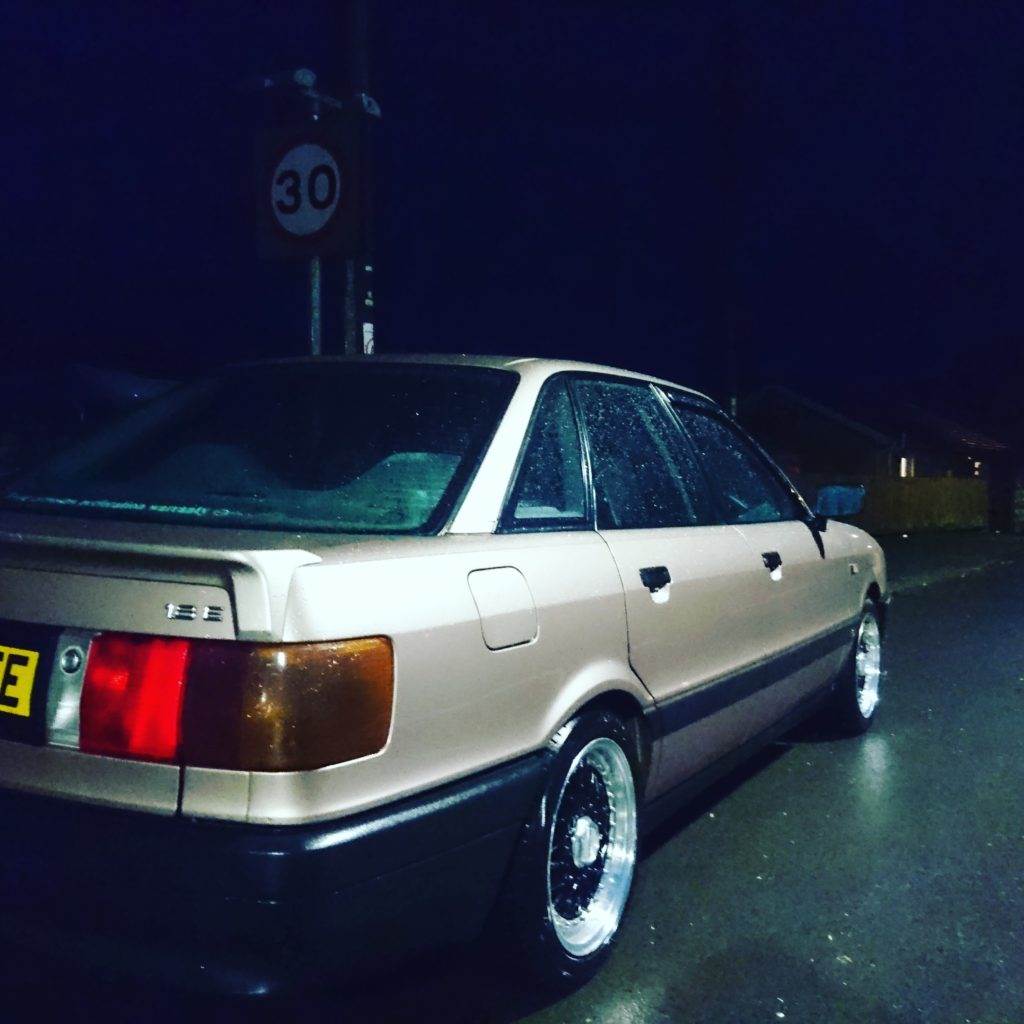