Dune is a landmark title in the science fiction world, as omnipresent and mystical as its own characters and world. God Emperor Of Dune is the fourth entry in the series, and makes a good case for being the best of it. 3500 years have passed 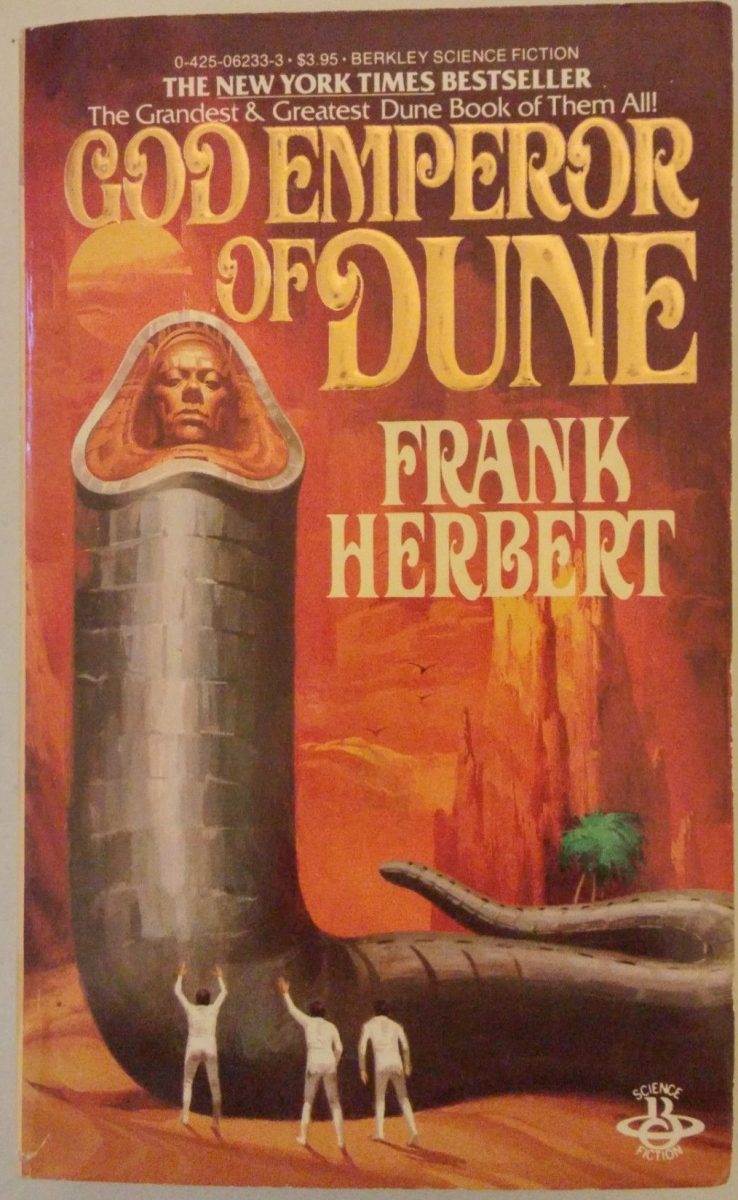 Dune is a landmark title in the science fiction world, as omnipresent and mystical as its own characters and world. God Emperor Of Dune is the fourth entry in the series, and makes a good case for being the best of it.

3500 years have passed since Leto II has taken it upon himself to merge with the sandworms of the desert planet Arrakis and rule humanity with an iron fist. In doing so, he has made use of the spice ‘melange’ to read the future, and his empire has taken root to save our species from inevitable destruction. The spice, and its rarity, constitute a looming threat of energy crisis, and the prescient powers it provides serve as a grave danger to the stability of human politics.

Leto II’s empire, designed along evolutionary lines, serves as a thesis on human development. All human hierarchies, the text argues, are off-shoots of evolutionary urges toward individual and group survival. God Emperor Leto employs a vast, professional army of women, his justification being that an army of men can not be trusted to be responsible with their power in the absence of enemies to fight; they lack the maternal instinct to provide direct care to those under their authority.


He keeps the spice, already in short supply, on an even more restricted output, thus robbing his chief enemies (the various Guilds that, before his reign, struggled against one another to define human destiny) of its valuable prescient and geriatric advantages. This restriction similarly limits interstellar travel, and Leto is content to have the majority of his subjects live as little more than agrarian serfs, confined to their own villages on their own worlds, never seeing the galaxy for what it is. This monopoly and limitation on such a valuable commodity also runs parallel to another of the God Emperor Leto’s efforts; to breed a new sort of human: one who does not show up in the prescient visions of a spice-user, an invisible human, so to speak, to those with the ability to see the future in all of its possibilities.

The linchpin to all these goals, seemingly at odds to some extent with one another, is that Leto intends for his empire to fall shortly after his death. For all his efforts are not merely to provide solutions to the incoming energy crisis, nor the invasion of human space by other intelligent entities with prescient powers, but to ensure that the human race is never subject to the threat to such disasters ever again. All his repression is meant to serve as a coiling spring, which, upon his death and the empire’s collapse, will launch humanity to frontiers never before braved. Keeping the entire race more or less imprisoned upon their own worlds breeds in them the intense desire to colonize outward and explore other parts of space. The spice supply will similarly loosen and allow for this, under Leto II’s successors, whom he spends the duration of the book convincing of his plans and urging to follow them when he is gone. His new breed of invisible person will populate human space until large clusters of humanity inhabit the galaxy, safe from the threat of a genocidal and prescient enemy whom Leto has foreseen, but can not name.

And our noble Leto II, this reluctant tyrant, truly bears the cost for what he has had to do. As it is revealed, the reason his father could not accept the necessity of this plan and left it to his son was that once the God Emperor falls, this hybrid of human and sandworm must live on in the sandworms, a flicker of consciousness that can never be extinguished. It is the horrible fate of needing to scream and having no mouth – forever.


God Emperor Of Dune is not only quite relevant within its own universe, but the entire series garnered a lot of attention for its relevance to our own world, as well. The spice has served as a stand-in, variously, for oil in the Middle East (owing to the desert environment of Arrakis), the poppy fields of Afghanistan, the cocaine trade, what have you. The political dimensions bear a certain similarity to the proxy war that occurred during the Soviet invasion of Afghanistan, and Cold War geopolitics in general, from a more feudal perspective. Frank Herbert himself has talked at length that he writes so many tyrants and treats politics so ruthlessly so as to remind us who politicians really are, and what dangers a messianic figure can wreak upon civilization. In the case of God Emperor Of Dune, we see not a necessity forced upon humanity by Leto II, but one that was passed on by his father’s unsuccessful forays into ruling by prescience and religious demagoguery.

Take a step into the surreal and sober world of Dune for just a moment, you may find that Frank Herbert is trying to help us out more than he is trying to entertain us. No series has stood so high in the admiration of the science fiction community, and there’s a good reason for that. 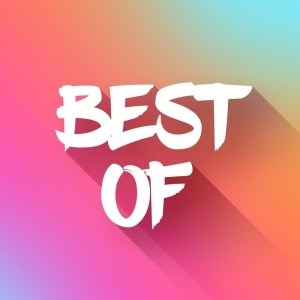 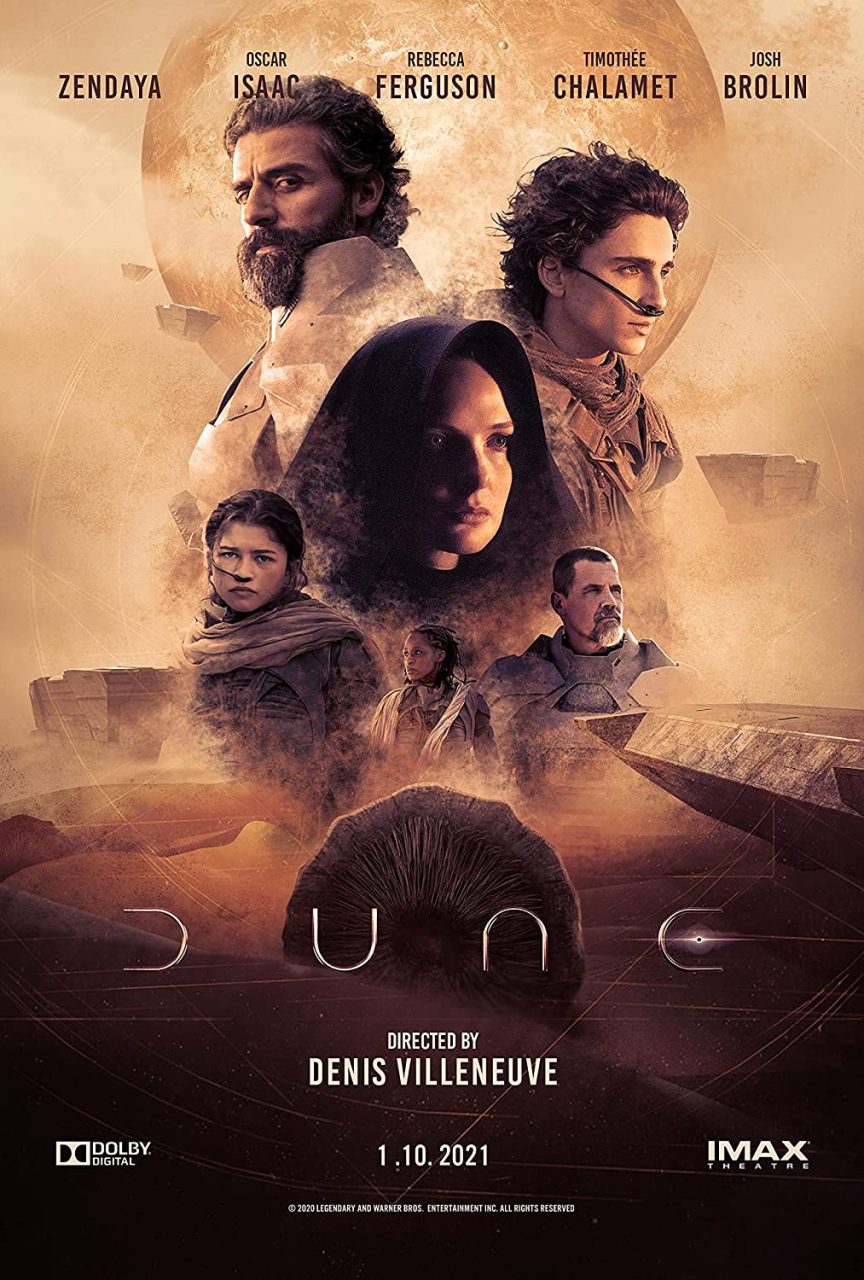