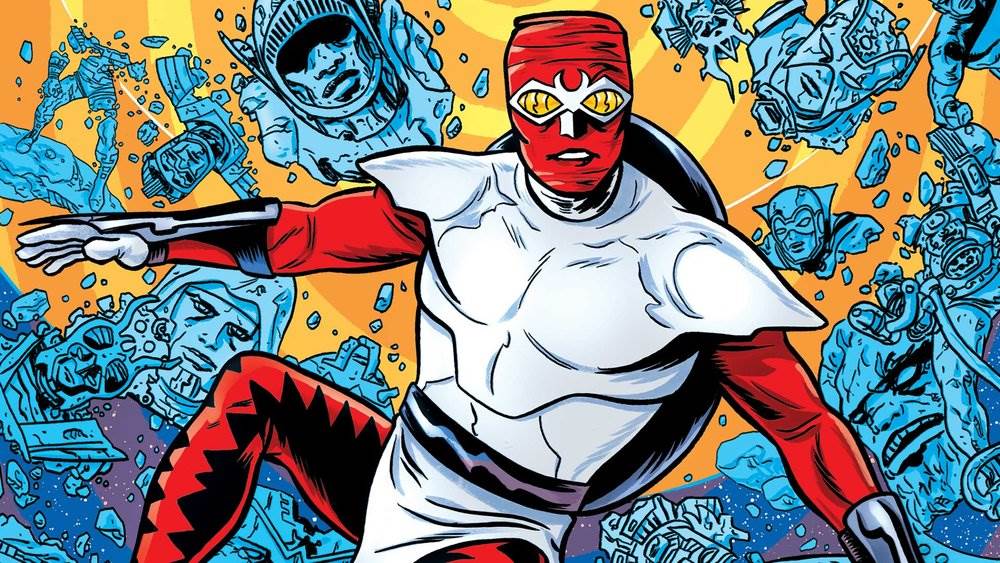 DC’s Young Animal line of comics is in 2017 what Image comics was in years past — acting as the cool and alternative brand of comics that can quickly let a room know how hip you are, even if this brand is a subset of one of the Big Two. Similarly to how the US network the CW uses superhero shows to pay the bills of its less watched, more mature content, DC’s more mainstream superhero comics allow Young Animal curator Gerard Way and his band of innovative comic creators to do much the same with a punk rock and experimental aesthetic. Few comics encapsulate what makes Young Animal as enticing as it is as Bug!: The Adventures of Forager has enough psychedelic mind bending wrapped in an Andy Warhol-meets-early-80’s-heroics that it’s obvious that writer Lee Allred and artist Mike Allred have made something special. After Gundam, few science fiction space opera anime have more prestige, acclaim, or following than Robotech. Titan Comics’ series returning to that iconic world has been filled with strong art from Marco Turini, but it’s Brian Wood’s writing that really puts the series into the next level of comics, to the point that it no longer feels like a licensed comic and becomes closer to essential reading for fans.

We covered Misfit City back when it debuted, and the Goonies-esque charm that the series revels in has only gotten stronger with time, as the incorporation of Astoria inspiration and post-Goonies reference points has created a world that NRW readers wouldn’t be able to help being won over by. What makes this comic truly great, however, is the cast of characters, a group of, well, misfits that would make any setting or plot instantly believable. 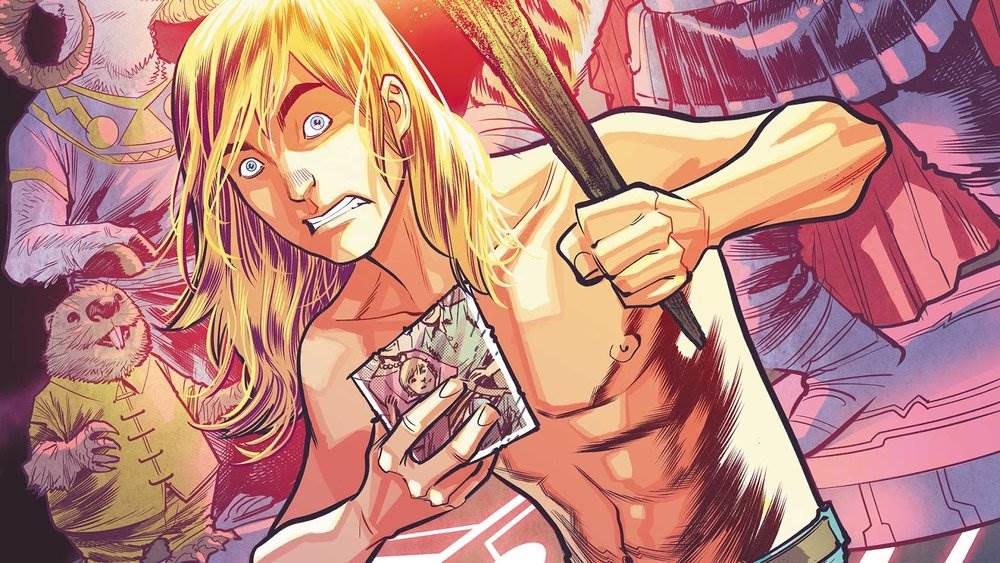 The form that The Kamandi Challenge takes and the process by which it was made is arguably more impressive than the stories or art that it contains, but the strength of the stories and images shouldn’t be overlooked. This book saw an ever-rotating buffet of artists and writers giving love to an oft-overlooked DC character, and all in honor of Jack Kirby, a man whose influence on the medium is felt in nearly every facet of the artform today. 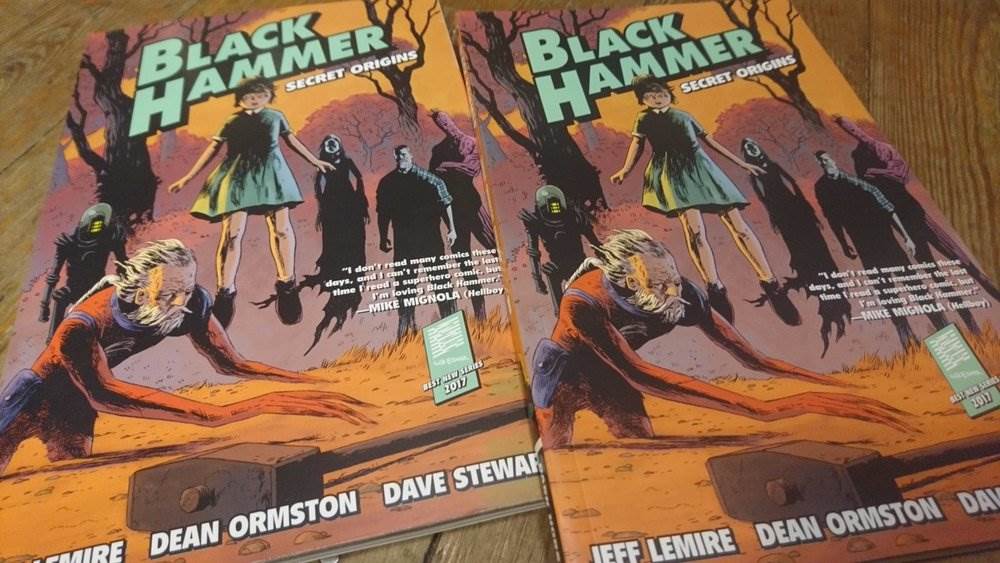 Ever since Watchmen laid waste to the barrier between comics as pulpy fiction and literary narratives, a lot of comics have tried to take that post-modern torch and run with it to varying degrees of success, but few felt as true of successors to Alan Moore’s savage deconstruction of caped heroes quite like Jeff Lemire’s Black Hammer. This shouldn’t come as a surprise, as Lemire’s work on Bloodshot Reborn and The Nobody already proved that he’s one of the best comic writers of his generation. A memorable cast of characters makes this post-hero age series on of the most exciting comics of 2017. 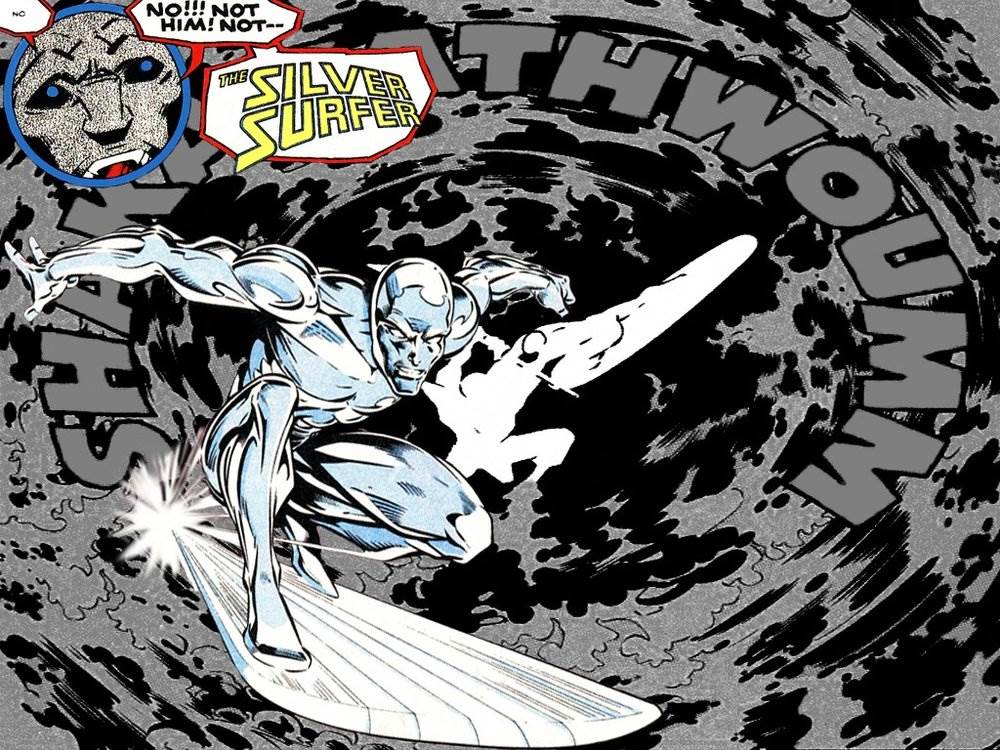 Few titles have warrented double takes when glancing at covers quite like Dan Slott’s Silver Surfer. From the cover to the core, Silver Surfer nails its aesthetic, which takes equal inspiration from Jim Starlin’s classic Marvel cosmic stories and Jack Kirby. Slott’s tale of the former herald of Galactus has been described as a “cosmic romance”, and its hard not to get hooked by the exciting story that he started around two years ago and finished this year. 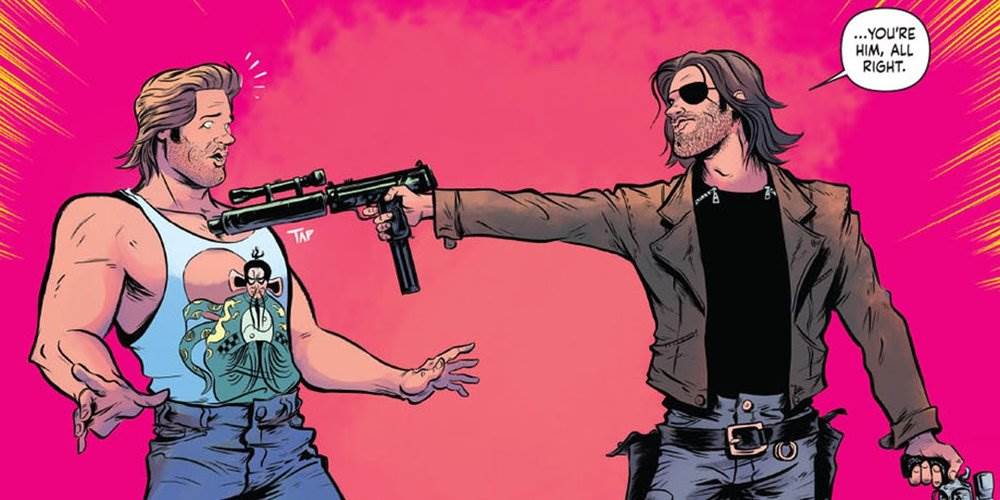 This comic didn’t need to be as good as it was. In many ways, it had no business being as good as it was. From #1 to #6, the team behind the Big Trouble in Little Chine / Escape From New York crossover took the ball and ran with it. The two source materials are some of John Carpenter’s most tonally different titles, but a strong comedic sensibility, kinetic art, and lush coloring made this comic make sense, where a lesser creative team would have simply made fanfiction. It’s short, it’s sweet, and, above all, its a fulfilling comic. 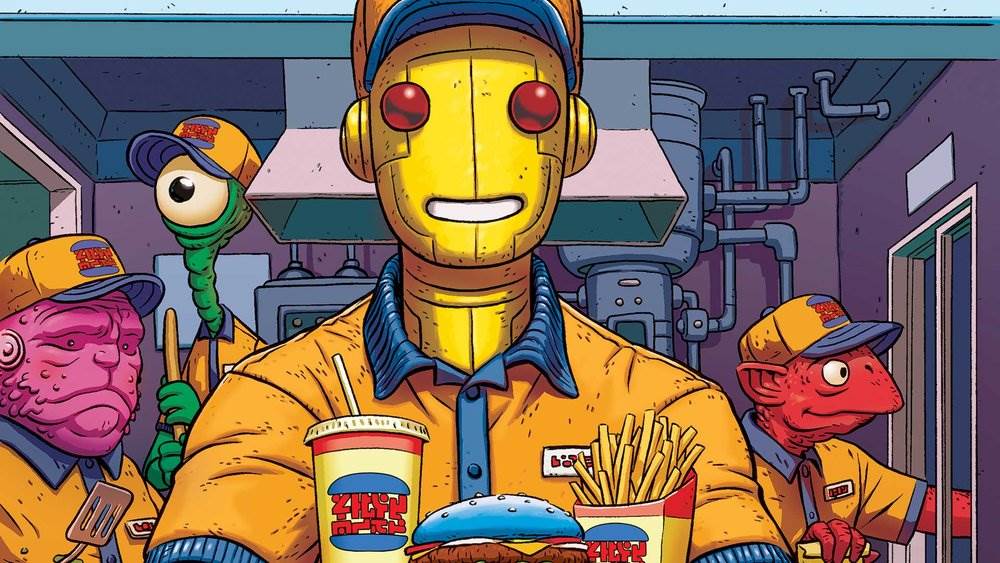 If Bug! was the sleeper hit of the Young Animal line, Doom Patrol has been its blockbuster. Penned by Young Animal curator Gerard Way, who is quickly making his work in My Chemical Romance something of a footnote in his comic book career, delivers a story that is a more than rightful heir to the throne vacated when Grant Morrison left the title decades ago. Doom Patrol is hard to summarize as far as plot goes, but instantly understandable when you jump into any issue. The narrative jazz is accompanied perfectly by the same kind of retro aesthetic that dominates Young Animal titles, but that feels particularly appropriate in this book. 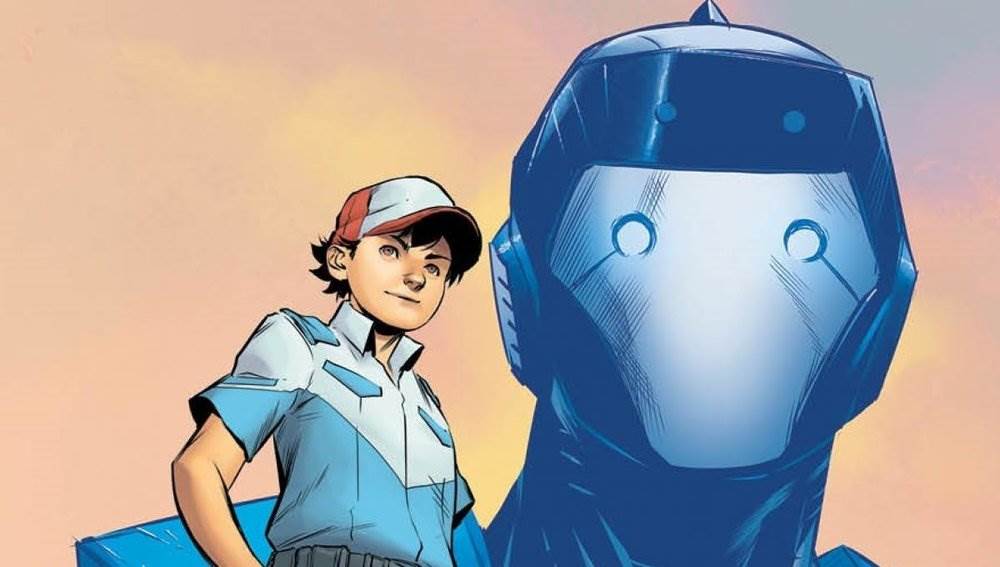 Mech Cadet Yu is a special comic. That might sound overly sentimental, but its hard to read it and not feel like you have something rare in front of your eyes. It has the kind of timelessness and immediate immersiveness that would make most science fiction stories envious. Greg Pak write protagonists with huge amounts of relatability as rule, but with Mech Cadet Yu, he delivers his best work as a writer.

1. The Power of the Dark Crystal Here’s a brutally honest opinion from somebody who reads way too many liscenced comics. Most comics that act as supplements to other forms of media are garbage. The comics on this list are exceptions, and this year few comics were as exceptional as The Power of the Dark Crystal. Not only was this comic the best retro-inspired comic series of 2017, it was, like the previous three entries on this list, one of the best comics in general of the entire year. Not only has author Simon Spurrier made the world that Jim Henson created feel as real and full of intricacies and stories in a way that only Henson himself was able to with the source material, but the art team of Kelly and Nichole Matthews has created one of the most visually impressive and gorgeous looking books in recent years, and one which fans of stories in general should read.