After rotting in the crypt for another year, CONFRONTATIONAL, aka Massimo Usai, is back with a delightfully devilish new album, “The Burning Dawn.” I’m pleased to state that like a cask of blistering bourbon or a fine, blood-red wine - Usai’s work only seems to 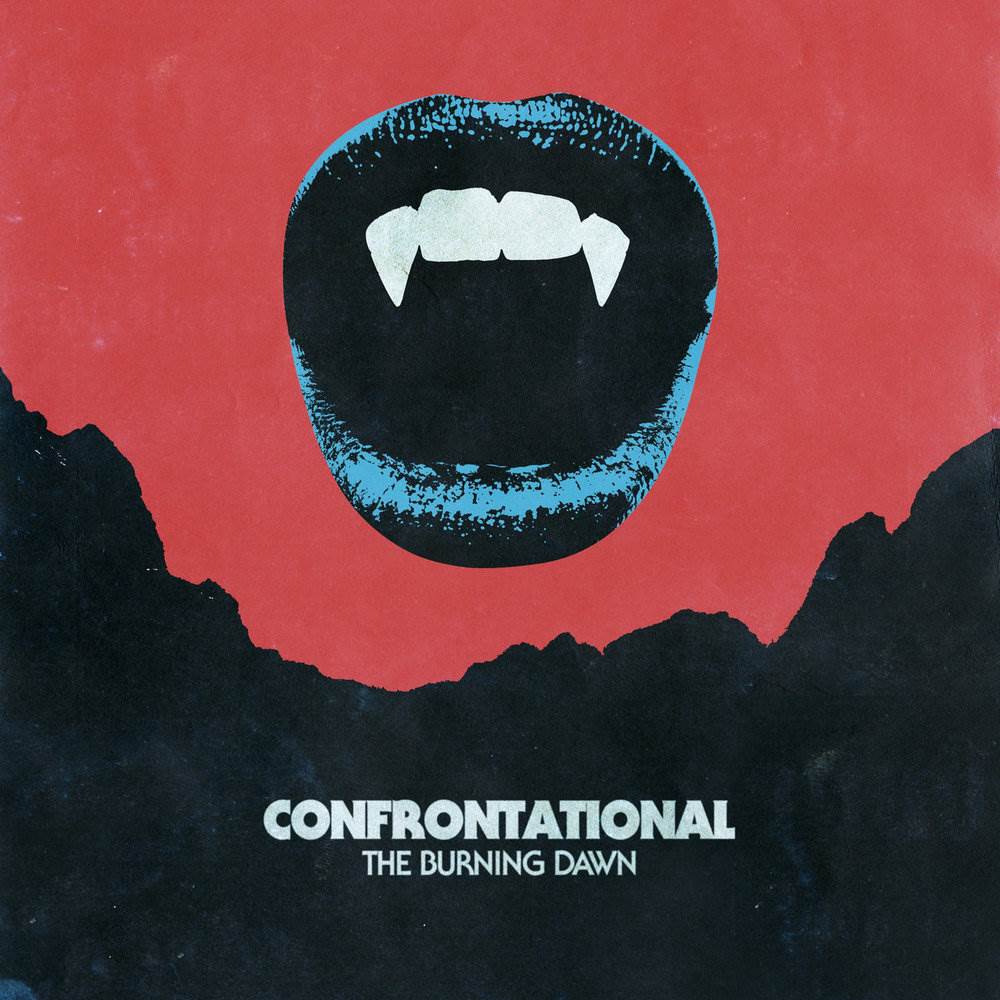 After rotting in the crypt for another year, CONFRONTATIONAL, aka Massimo Usai, is back with a delightfully devilish new album, “The Burning Dawn.” We at New Retro Wave have covered CONFRONTATIONAL’s earlier releases, and I’m pleased to state that like a cask of blistering bourbon or a fine, blood-red wine – Usai’s work only seems to get better as time shuffles by.

“The Burning Dawn” is Sardinia-based Usai’s junior full release – the third in his triptych that began with “A Dance of Shadows” and continued with “Kingdom of Night.” The conceptual trilogy tells a story of
“…unrequited love, dealing with loss of identity, loss of innocence, temptation and lust.” Sonically, this trilogy feels like a coming-of-age story, with the CONFRONTATIONAL sound also becoming more
refined and immersive with each additional offering.

“The Burning Dawn” distills Usai’s vision even further – the darkness is still there, but it’s draped in stronger retro and nostalgic influences that better encapsulates CONFRONTATIONAL’s particular blend of darkwave. There is an essence of longing that bleeds through the tracks unlike the other albums. While Usai’s earlier works have been very well crafted, “The Burning Dawn” is now cleaner – expertly produced and mixed, allowing more subtle nuances to flavor the tracks.

With the CONFRONTATIONAL sound at its zenith, (For now!) one can really hear the full range of influences from early Joy Division and New Order, Sisters Of Mercy and, of course, John Carptenter -who’s son, Cody Carpenter has been vividly involved in the making of the past three albums. You can also hear the influences of Usai’s early work with metal bands and, of course, the myriad of other fantastic artists featured on the album such as – Tying Tiffany, Tobias Bernstrup, and Trevor W. Church.

All of these influences flow together perfectly with great vocals, expert synths, and guitars treated as synths to form an amazingly diverse, nostalgic and sinister sound that would be perfectly suited to an epic screenplay – so long as the film took place after dark.

This is the best piece from CONFRONTATIONAL so far – and not one to miss! Top tracks: “Fade Into The Burning Dawn (Feat. Tying Tiffany),” “Under The Killing Sun (Feat. Cody Carpenter),” “Threshold Of Redemption,” and “Together Again.”