KISS are a band synonymous with the spirit of good, old fashioned rock n roll. 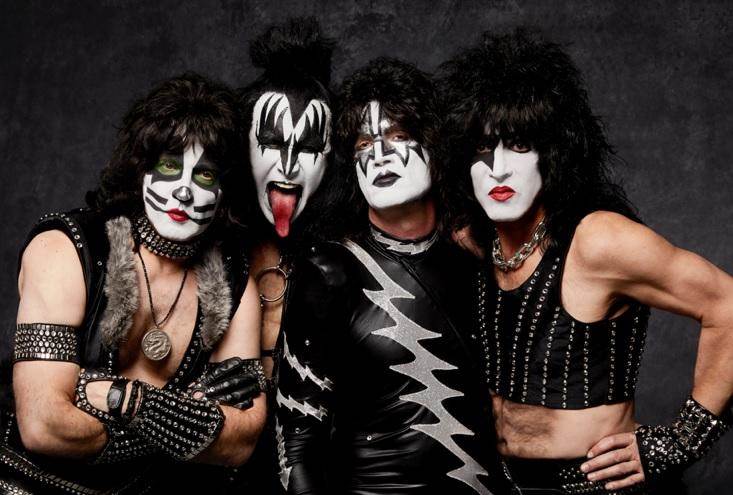 KISS are a band synonymous with the spirit of good, old fashioned rock n roll. From their iconic makeup to a range of modern day video games and reality TV reincarnations, the New York quartet, led by the enigmatic Gene Simmons, have reinvented themselves time and again to pluck on the guitar strings of rock nostalgics all over the world.

They were the first rock band to be marketed as heavily as a pop group, with a range of merchandise outstripping any of their guitar-swinging peers. Let’s take a look at 10 cool ways KISS branded themselves into rock immortality.

Every rock fan worth their salt has played on a KISS pinball machine, which were hugely popular across the world in the 1980s and ‘90s. This wasn’t the extent of KISS’ foray into games, of course, and more recently, KISS have been the subject of a popular slot game. It’s done well in a competitive market, and where attractive casino bonuses and promotions are the bread and butter of any online casino site, this one is no different. There were other less successful games, as well, including the flopped 2001 Sega Dreamcast title KISS: Pyscho Circus and their very own 2003 version of Monopoly, imaginatively entitled KISSopoly.

Perhaps the band’s first toe-dip into business beyond music, the KISS AM Transistor Radio was one of the must-have accessories for rock nuts in New York and beyond when it was released in 1977. Operated on a bulky nine-volt battery and with often “questionable” reception, subscribers of various rock magazines were invited to order the piece of kit, which came with a painful six to ten week delivery time.

Anyone who has been to a fancy dress party in the last forty years will be all too aware that KISS-inspired costumes are commonplace, for a simple reason; it looks awesome. You can get away with black and white face paint, of course, but for the ultimate effort, there is a wide range of official KISS dress-up to sample.

At the height of their powers, KISS invited fans to subscribe to the KISS Army, a service that continues today for foolhardy fans. Members would get a range of benefits including free gifts, ticket priority and newsletters, and at its most popular would bring in $5,000 a day.

Opened in Myrtle Beach by Gene Simmons and Paul Stanley themselves in 2006, the KISS Coffehouse was a Hard Rock-inspired eatery that served up classic cocktails such as the KISS Army Blend and the Frozen Rockuccino. They weren’t classic enough, it would seem, and the cafe closed citing declining sales in 2013.

Quite how the band entered the world of contraception is beyond us, but indeed they did, with KISS-branded condoms hitting the market as early as 1991. The condoms were released in conjunction with singles including “Rise To It”. We’ll say no more.

One of the more well-known pieces of kit outside of the rock world, KISS action figures were all the rage for many years, and were clearly aimed at a younger audience they have held ever since. This merchandise in particular stood the rockers out as a bit different to other rock bands, and allowed them to become, in the naive eyes of parents at least, the acceptable face of rock n roll culture.

In another hugely successful venture, in 1977 KISS coupled up with Marvel comics to give each of its members a comic book persona and included them in several of its stories, with each of them having brushes with high-profile Marvel icons such as the X-Men and Dr Doom. They recreated that particular magic two decades later, when a rebooted series ran for 31 issues.

How can a rock band sell more albums in one go? Release four albums instead of one. KISS did just this in September 1978, with each member firing out their own sound on the same day, a move that drew the band critical acclaim along with huge commercial success.

What better way for a rock n roll obsessive to spend the rest of eternity than buried in a KISS casket? The controversial 2001 release of the product stoked up outrage at the time, but have proven to be much more than a joke product, with fans shelling out up to $5,000 a piece for either of their two designs.

What piece of KISS merchandise have we missed out along the way? Do you have a little piece of retro rock history? Let us know!